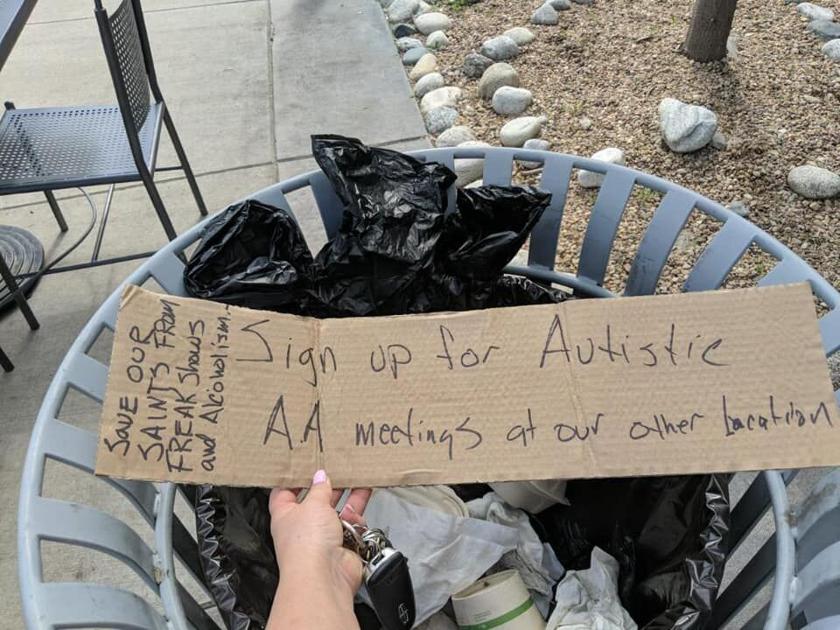 The Englewood Police Department has opened an investigation into a potential hate crime targeting an Englewood brewery known for employing adults with disabilities such as deafness, blindness, Down syndrome and autism.

On May 22, owner of Brewability & Pizzability Tiffany Fixter, arrived to her business in south Broadway and found a note written on a piece of cardboard reading, “Sign up for Autistic A.A. meetings at our other location.”

Fixter told The Denver Gazette she’s received death threats and bomb threats during her 10 years in business, so she brushed off the latest note at first, but then on Tuesday another message appeared on their Xcel Energy electricity box, again, targeting her employees.

“I started to get concerned because you could tell it was the same person from before, so I contacted the Englewood Police Department and they are now investigating it as a hate crime,” Fixter said.

On Friday, the brewery was the victim of vandalism again as “Alcohol & Autism Don’t Mix Boycott Sideshow Bobs,” appeared on the establishments trash can.

EPD Sgt. Tracy Jones told The Denver Gazette that messages like these are uncommon in the city. Jones said the incidents may have been prompted by a customer getting in a confrontation with the owners.

Although the Brewability is a brewery, Fixter said there is a lot more than just alcohol sold at the establishment.

“Of course we make craft beer, but we also have local kombucha, soda, and pizza,” Fixter said.

Fixter’s business model grew into a reality after serving as a special-ed teacher for 10 years in Kansas City and then an adult day program in Denver. She realized that one person at the program had a job and saw an opportunity for people with disabilities.

“Everyone has potential, it’s just finding the right opportunity for each person,” Fixter said. “Everyone has strength and weakness, but people just need to find the right fit and be put in the right place.”

Even though Fixter employees people with disabilities around alcohol, she says no one forces anyone to try or drink the product, and are just trying to give them the same opportunities as everyone else.

Fixter says they are working with EPD to get surveillance footage of the area to try and catch the perpetrator. She also has ordered new cameras for her facility.

Despite not knowing who is targeting her business or why, Fixter is asking the perpetrator to stop.

“People can have their opinions about us, but then just don’t come here, like, I don’t understand why they’re going through all this effort to attack us,” Fixter said. “We’re just like every other brewery and want to be a safe and welcoming place to all people, and they’re now threatening that.”

Anyone with information regarding the incident or suspect is urged to contact EPD at 303-761-7410.