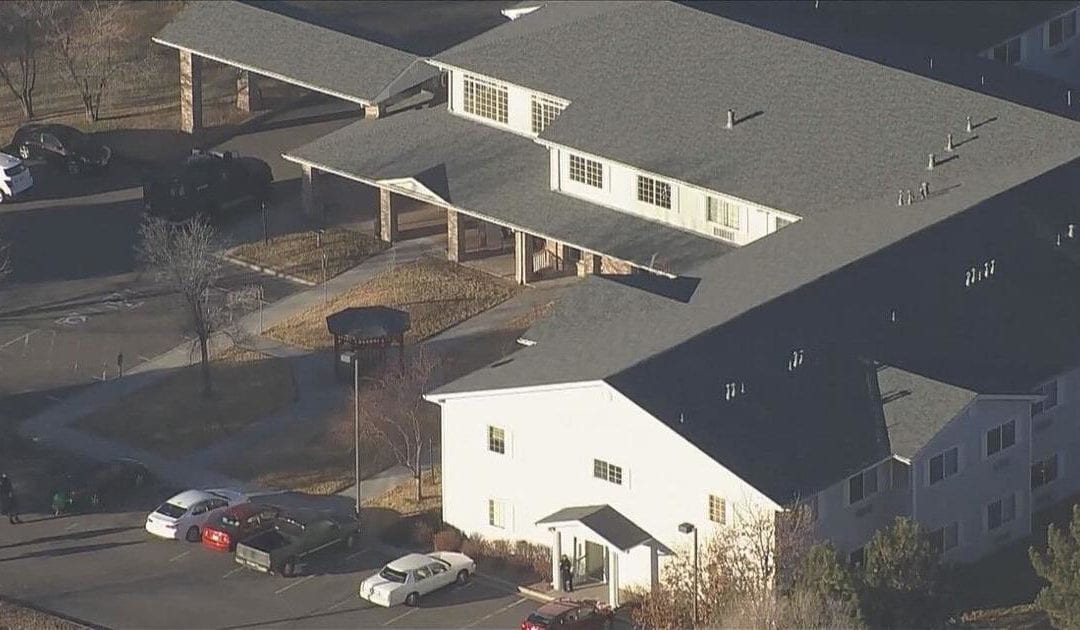 Police said Okie Payne shot the 40-year-old male employee at about 7:15 a.m. at the facility at 225 Waneka Parkway. Police said the suspect used a small handgun and fired a single shot to the victim’s head.

The victim was taken to Good Samaritan Medical Center and placed on life support. He was pronounced dead just after 2 p.m.

The victim has not yet been identified but 9News reported that he was the facility’s maintenance director and had worked there for eight years.

Payne has lived at the facility since October 2019. Police said he will be charged with first-degree murder and two counts of felony menacing.

The shooting happened inside of the front lobby of The Legacy when the victim walked inside to start his shift, police said. Police said Payne shot the victim because he owned Payne money.

After the shooting, Payne threatened and pointed the gun at others in the lobby who tried to help the victim. He later returned to his room where he was arrested without incident. Payne’s weapon was also secured.

The employee was the only victim and all other residents at the facility are safe and have been accounted for.

Police were uncertain whether or not guns are allowed in the facility.

The Legacy has not released its policy regarding guns. However, the Aspen House Memory Care in Loveland — an assisted living facility operated and managed by the same company as The Legacy — said it does not allow guns.

“We are devastated by the incident that took place at our community this morning,” The Legacy said in a statement released Wednesday.

“Our thoughts and prayers are with our employee and their family, as well as our residents and staff who are understandably shaken by what took place. Our chief concerns at this time are providing comfort and care to all that have been impacted.”

The facility will continue to provide all services and will bring in grief counselors for staff and residents.

The Legacy said it will not comment further during the investigation.