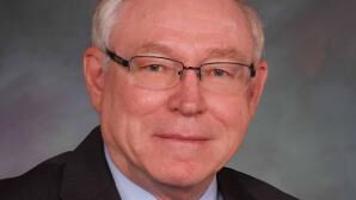 This November, Colorado voters have the chance to approve the largest expansion of parental choice in education in the U.S. in more than a decade.

These arch fiscal conservatives rarely support a tax increase. But 119 is a tax on the marijuana industry, an industry that can absolutely afford a small tax.

And that’s the real reason so many conservatives across Colorado are YES on 119.

Proposition 119 provides financial aid directly to parents to get tutoring and other forms of out-of-school instructional support in core subjects such as reading, writing and math.

Is your son or daughter, grandson or granddaughter struggling in math or reading, writing, or science? After a year of closures and quarantines, is your student failing to perform at grade level?

Proposition 119 creates an independent structure smartly to get financial aid directly to parents so they can get the extra one-on-one instructional to support their student needs.

For the tens of thousands of kids who have fallen behind because of school closures during COVID, Proposition 119 is a lifeline — it provides resources to families to help get kids caught up.

The truth is, too many students have been failed by our public schools for years. A recent investigation by Colorado Public Radio provides startling color: “About 39 percent of the state’s third-graders are reading at or above grade level, down 2.2 percentage points from 2019, while in math, 24 percent of sixth-graders met or exceeded expectations … Students of all races and ethnicities decreased in performance, with Black and Hispanic students scoring significantly lower than white and Asian students.”

The time for bold action on behalf of parents and Colorado kids is now. Proposition 119 is that bold action.

A recent study by the Common Sense Institute found that Prop 119 would provide financial aid to fund tutoring for 98,000 kids. The financial aid program would be administered by an independent board of education experts, not by politicians. Some have wondered why we wouldn’t put the Legislature in charge of administering the tutoring dollars. Trust me when I say, we don’t want the Legislature in charge of these dollars.

The good news: Countless education advocates across the political spectrum like the Colorado’s Children’s Campaign, the Boys and Girls Club, and organizations supporting students with special needs, like Firefly Autism, support Prop 119.

The bad news: Extreme voices on the far left are pushing hard to defeat Prop. 119.

“(119) is another pet project of the rich, corporate charlatans with their insatiable hunger to profit from taxpayer dollars,” one cynical critic argued in the Denver Post recently. Absurd.

These are the same arguments the radical left made against charter schools and even neighborhood school choice.

Thankfully, a broad coalition of conservatives and Democrats, education leaders, and nonprofit groups see Prop 119 for what it is — an innovative way to help scores of Colorado kids battling to catch up.

It gets resources straight in the hands of parents to get their student the help and support they need.

That’s why conservatives across Colorado are voting YES on 119. I am proud to be one of them.

Halloween! What perfect timing for a deceptively disguised, wolf-in-sheep’s clothing proposal like Proposition 119, the Learning Enrichment and Academic Progress Program (LEAP)! Proposition 119 is no treat for Colorado’s kids, but a scambag of tricks to benefit wealthy, out-of-state backers and anti-public education schemers.

1. Using millions of dollars from the school land trust and higher taxes on marijuana, LEAP creates a whole new government bureaucracy with a budget twice that of the annual budget of the Colorado Department of Education.

2. It robs public schools of funds by unconstitutionally “reallocating” millions of dollars from the School Land Trust Fund, (which was legally formed in 1876 for the benefit of public schools.) This means stripping away millions of dollars annually from the very schools and kids they claim to help, diverting precious funds to private, for-profit companies. According to the nonpartisan Legislative Council summary, this would cost public schools at least $21 million a year. Claiming to help our students by stealing money from their schools is vile and sinister. The State Land Board voted unanimously to oppose LEAP.

3. It creates a nonelected board, answerable to no one but themselves. This board would have sole authority to manage the money and programs on its own with little accountability, oversight or collaboration with the experts at the Department of Education or any other state agency!

With no state input, oversight, or accountability, the appointed governing board would develop criteria for selection of providers. Proposition 119 offers no guarantee that providers would be authorized in all areas of the state, meaning that rural areas would likely have none. Incredibly, the board would be shielded from any lawsuit or oversight, opening the floodgates to fraud, corruption and misuse of public funds.

4. LEAP is being promoted as a program to serve underprivileged kids, but there is no guarantee that those are the students who will be served. Students only need to be eligible to attend public school. However, their families must provide tax documentation of their income, meaning that undocumented students wouldn’t be eligible.

But home-schooled and private school students would be eligible, making LEAP a quasi-voucher program. The most vulnerable students are only guaranteed a focus for the first year!

5. There is no safeguard against discrimination of any kind by the providers.

If the voters decide to raise taxes on marijuana sales, the additional funds should go to our desperately underfunded public schools with supervision and accountability provided by CDE, which has an elected board, the majority of whom oppose LEAP.

LEAP is another effort by the rich, corporate elites, “Education Experts” and “Reformers” to profit from taxpayer dollars, persuading voters that they are the good guys riding to the rescue. LEAP’s devious promoters have done an excellent job of disguising this Halloween monster of a proposition. Voters don’t be fooled! Vote “NO” on Proposition 119. It’s a LEAP of bad faith!

Republican Sen. Bob Gardner represents District 12 in El Paso County. Michael Merrifield is a retired public school teacher, a former Colorado State representative and senator and chairman of the House Education Committee, and now a board member of Advocates for Public Education Policy, a nonprofit formed to protect public education.