Pitkin County has the worst coronavirus rate in Colorado. And experts aren’t sure why. 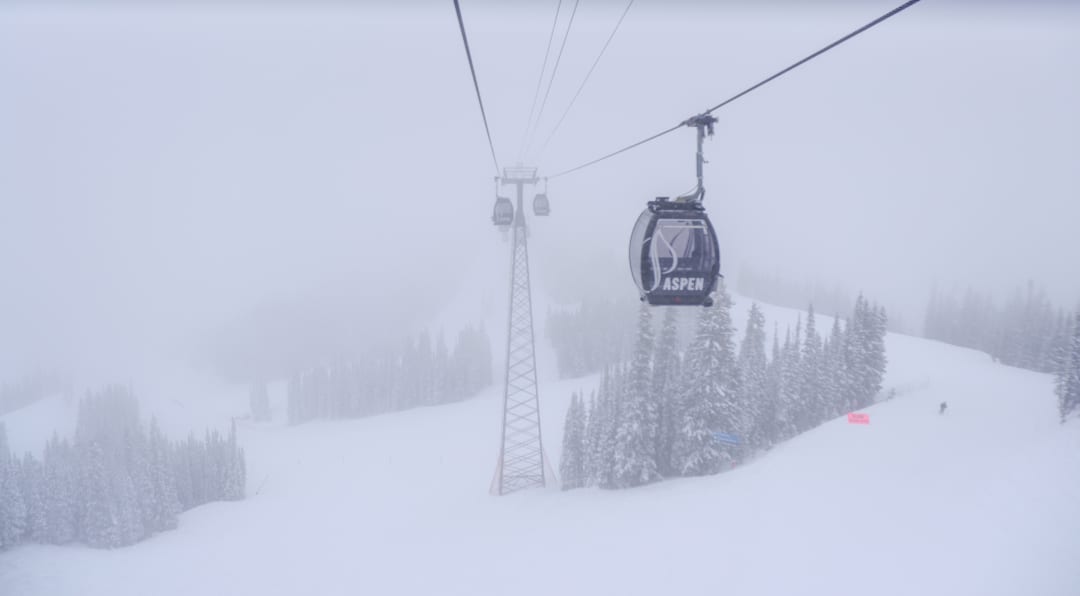 Pitkin County has the highest incidence rate of COVID-19 in all of Colorado, nearly double that of the next highest county. Those alarmingly high numbers have sparked strict public health measures and strained contact tracers – but experts cannot pin down what’s driving the spike.

“We ran hundreds of calculations trying to determine what is really the difference here in Pitkin County, what is leading to this increase–and we didn’t really find anything,” said Josh Vance, an epidemiologist for the county.

The county’s two-week rate of new cases per 100,000 residents is 2,667. Most of the other counties with the state’s worst rates are rural and have small populations. Other counties with destination ski resorts – Eagle, Routt and San Miguel – are among the worst 15, but still pale in comparison to Pitkin County’s rates.

What could be causing the spike?

Vance and his team identified three factors that may be contributing to that disparity, but are not singularly responsible.

The first is crowding. Although skiing and outdoor activities are mostly safe, indoor gatherings before and after a day on the mountain have been responsible for some transmission. Vance said tourist visitorship was playing a role in the increase, but is not the sole factor.

The second is a high rate of mobility among residents. As the prevalence of the virus has increased across the nation, travel-prone residents are more likely to bring it back home from trips out of the county and state.

The third factor that might help explain Pitkin County’s high rates is that people are getting tested more, and a high percentage of total cases are detected and registered in local data.

“Our community is very well educated and well aware of the symptoms of COVID and what to be looking for,” Vance said. “With the testing options available in Pitkin County, I think that if our community feels sick at all, they’re going to get tested.”

In the past 14 days, Pitkin County residents are getting tested at a rate of 28,250 per 100,000, the third highest of any county in Colorado. By comparison, that is quadruple the rate of testing in Eagle County, which borders Pitkin and is home to Vail.

Elizabeth Carlton, an associate professor at the Colorado School of Public Health, agreed that the high rate of testing could be part of the reason why Pitkin County is posting higher infection rates than its neighbors.

“In that region, Pitkin is doing far more testing than anyone else,” she said. “That’s good news, to be absolutely clear. The more you look for the virus, the more likely you are to find it. If you can find the virus, you’re much better equipped to try and contain it.”

Vance posed a few other theories too. Pitkin County’s geography makes Aspen a dead end in the winter, meaning that infected visitors may be more likely to stay for longer periods of time, increasing the likelihood of passing the virus on to residents.

Another theory that could help explain the stark difference between Pitkin County and other counties that are similarly home to other destination ski resorts is that few residents had COVID-19 back in the spring 2020.

“Pitkin County did a really good job at bending the curve early on in the pandemic,” Vance said. “So we had a lot fewer people that had been infected early on. We had a more susceptible population.”

Vance cautioned that the possibility of reinfection might nullify that theory. While some mountain resort towns were hit hard with an initial wave of cases in March, that would not make their residents entirely immune to the coronavirus now.

Pitkin County officials have sought to identify sources of spread so they can institute public health restrictions that most effectively curb new transmission. Contact tracers talked with many infected people who could not identify where exactly they picked up the virus.

Ultimately, the county’s Board of Health decided to shut down indoor dining, sparking public controversy and drawing ire from local restaurants.

Vance said the decision was fueled by research – a process of elimination that, through interviews, identified restaurants as a place where people may have been picking up the virus.

“We split them into two groups, those who had visited restaurants and those who hadn’t,” Vance said. “From there, we stratify even further – ‘Okay, you visited a restaurant, but you did not go skiing. You have not traveled, you have not done this and this and that. So we try to really pin it down and stratify and look at exactly where we think that infection is occurring.”

While Pitkin County had voluntarily instituted many other components of the state’s “red level” restrictions, it had not yet gone so far as to shut down indoor dining.

“We recognized that we were missing that indoor dining piece,” Vance said. “Other counties saw relief when they moved into the red and we were not seeing relief.”

Restaurants argue that the county’s justification isn’t backed by enough concrete data. Chris Bryan is a lawyer for the Pitkin County Restaurant Alliance, which brought a legal challenge against the county’s restrictions.

“Just because there’s a correlation that counties that went into red saw a decreased incidence rate,” he said, “that doesn’t prove to me that banning indoor dining at restaurants is a causation of driving down incidence rates.”

A judge last week denied the restaurant group a restraining order which aimed to postpone a ban on indoor dining that went into effect over the weekend. The alliance is pressing on, seeking another legal challenge that would allow them to open at limited capacity. Restaurants say urgent action is necessary to save them from financial losses and keep paychecks coming to local hospitality workers.

Elizabeth Carlton at the Colorado School of Public health said indoor spaces where people aren’t wearing masks are the most risky places for the spread of the virus. She highlighted homes, workplace break rooms and restaurants.

“In a restaurant, if you want to eat food, you have to take off your mask,” she said. “Now that we know that the virus is airborne and can be spread beyond six feet, it’s possible you could be sitting at one table eating and someone else is infectious at another table and they might be releasing the virus as they speak. And that could spread to other diners or the workers in the restaurant.”

Bryan argued that the shutdown on indoor dining could push people to gather privately in their homes, which could contribute to the spread of the virus even further.

As the rate of new cases has gone up, epidemiologists have noticed changes to which groups of people are most affected by the virus.

Latinos have long been disproportionately affected by the virus in the Roaring Fork Valley, but the rate of infections in Pitkin County’s Latino community has begun to decline. Vance said it reached a peak in September and October, and many of the cases in the Latino community were people working in housekeeping or construction.

Increasing, though, is the share of total cases in people between ages 10-30. Vance said he does not have a clear explanation for that, although he suspects young people are more likely to be out interacting with others in public.

Curiously, Pitkin County’s rate of new cases has not converted into a concerning level of influx at Aspen Valley Hospital. Vance said epidemiologists have not identified why that may be, but have one theory.

“One thing that we’ve come back to you is that Pitkin County is one of the healthier counties in the country,” he said. “So there may be a propensity to be able to sort of fight off COVID a little bit differently than other populations.”

The hospital is at less than 50% of bed capacity and reports low levels of visitorship to its emergency room and respiratory evaluation facility. Both of those metrics are rated as “comfortable” on a chart designed to show when the hospital is at risk of being overwhelmed. The one point of potential concern is the six to 10 members of hospital staff out with symptoms or possible exposure to the virus.