Photographs of Unique Highway Signs in Colorado — With Complete Sentences? – The GateThe Gate 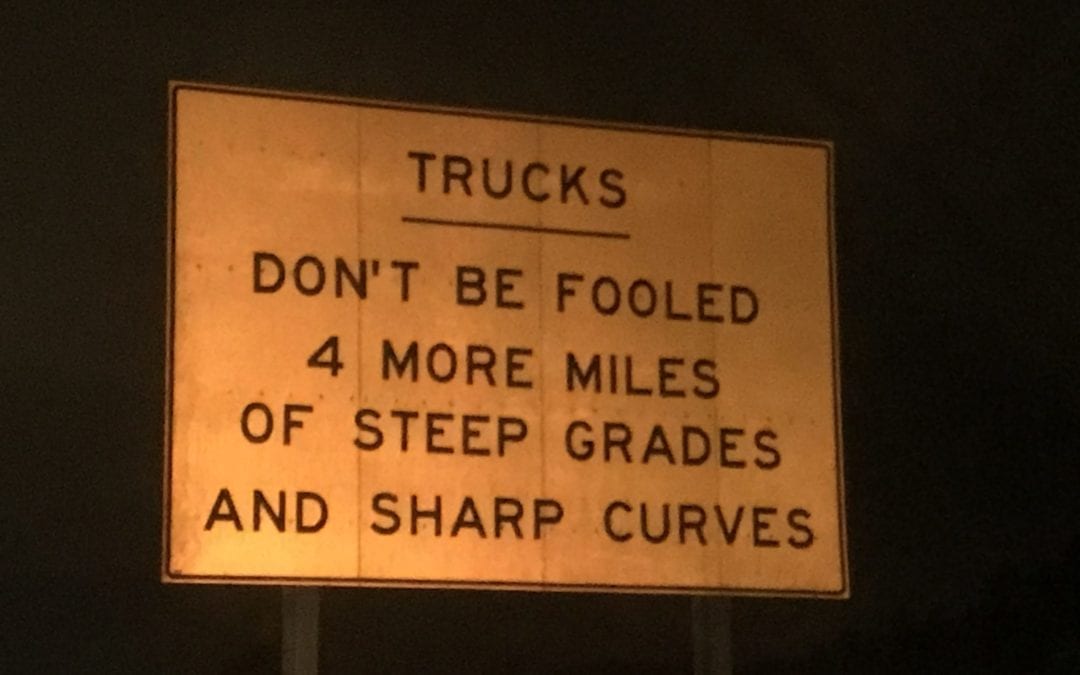 As Interstate 70 winds through the Rocky Mountains heading west from Denver in Colorado, it experiences drastic changes in elevation — at one point exceeding 11,000 feet above sea level. Combine that with a winter snowstorm and you have a recipe for a trucker’s nightmare.

Photographs of Unique Highway Signs in Colorado — With Complete Sentences?

Last month in December 2020, I arrived in snowy Denver and proceeded west on Interstate 70 towards Utah. As one of the aforementioned snowstorms greeted me as I entered the higher elevations of the interstate, I soon noticed some highway signs I had never seen before.

The signs specifically called the attention of truck drivers, but it wasn’t the intended message that I found interesting. It was the way the signs used independent clauses — which can stand as complete sentences if a period is added. Later that week, I saw more signs along the descent towards Denver on the eastbound side of Interstate 70.

With the stern tone of their messages, as if pointing an invisible lecturing finger at truckers, these signs give one the idea that it is no fun being a truck driver on this highway, especially in the snow and ice.

The sign in the above photograph actually does have a complete sentence on it, when it prompts the truckers to ensure their brakes are properly adjusted for this drive.

The snowstorm that I encountered was not as bad as it could have been as there was not a lot of snow on the interstate itself. However, there was enough to where there was a severe accident on the shoulder and that traffic had to flow considerably slower to avoid sliding on the inclines. Plenty of truckers heeded the warnings on the signs and pulled off to the side of the road in certain areas. Colorado also has a law that requires commercial vehicles to carry chains on Interstate 70 from September through May. More details can be found in this article by the Colorado Department of Transportation.

In the Appalachian Mountains on the east coast, the only signs that came close to resembling these were the ones pointing to the ramps used for runaway trucks. Interstate 70 had plenty of those signs in addition to the ones in the photographs. I found these signs interesting in that signs like these are uncommon in the United States. With the exceptions of the signs that display electronic messages and the “State Law” signs found on many highways, I had never seen large highway signs display complete sentences or independent clauses. Interstate 70 is a unique highway as a whole, considering the various types of terrain it traverses; as well as having one of the most bizarre endings of any highway in the United States.

All photographs ©2020 by Matthew Cohen.