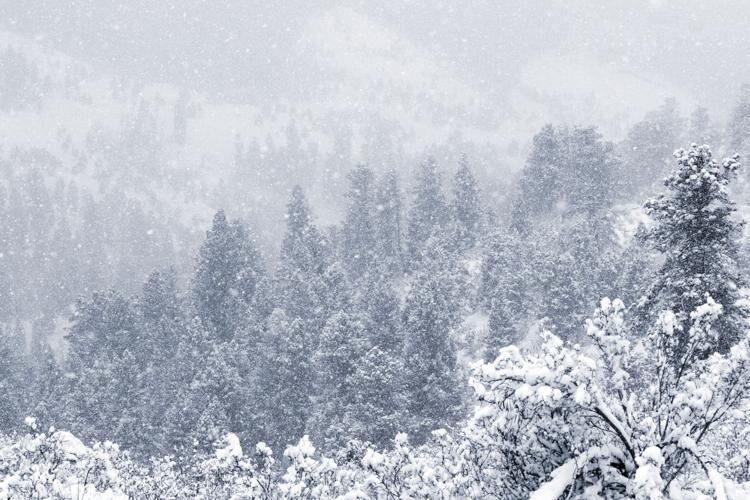 Over the weekend, much anticipated snow started hitting Colorado, dropping big totals and more than 20 inches in some parts of the state.

The snowfall is currently predicted to taper off throughout the day, with a new storm system in the forecast this Tuesday evening into early Wednesday morning.

Many Coloradans took to Twitter to share photographs of the snow in their part of the state. Take a look at how much snow fell in Colorado below:

never thought i could love snow and cold weather this much 😍 colorado is beautifulllllll pic.twitter.com/qfhHrNkU4T

Walsenburg… got a lot of snow… #COwx #Colorado. https://t.co/IsV9INSod7

Dominator Drone flight over the snow covered Colorado Foothills. Almost a foot and a half in band from Red Feather Lakes through Ft Collins, CO areas. @RadarOmega_WX #cowx pic.twitter.com/XFLDPImQiz

The 2020-21 ski season is also shaping up beautifully. Here’s a glance at some of the powder totals from the ski resorts around the state.

Opening day is less than a month away and it’s snowing in The Extraordinary! ⁣☃️

A ton of fresh snow plus the start of snowmaking at @skisteamboat today. pic.twitter.com/iBx0e5SvjE

From no snow to a mountain full-on snow. Is anyone else excited?? #Abasin #cowx #snow pic.twitter.com/hTmdLxZ4iv

The fresh round of snow also caused some chaos on the roadways in Colorado, prompting several closures and activating chain and traction laws.

Heavy snow, falling at the rate of 1-2 inches per hour, will continue along I-25 from Pueblo south to near Trinidad through the evening. Avoid travel from Pueblo southward if possible. Image from I-25 and Eagleridge in Pueblo courtesy of CDOT. #cowx pic.twitter.com/oaW2cQn7dZ

The snow also helped firefighters working to stop massive blazes around the state, including the Cameron Peak and East Troublesome Fires.

UPDATE FROM OUR CREW IN COLORADO

Our crew is heading back to Wichita. They were released yesterday afternoon to avoid the incoming snow storm. Their assignment while at East Troublesome Fire was structure protection. #PrayingforColorado #wichitaks #ictbravest #wichitafd pic.twitter.com/Ny13Wtn7ps

This change in weather should help with firefighting efforts in Colorado at The Cameron Peak Fire. Thank you for all your hard work and travel safe! pic.twitter.com/dE2OETvdeU