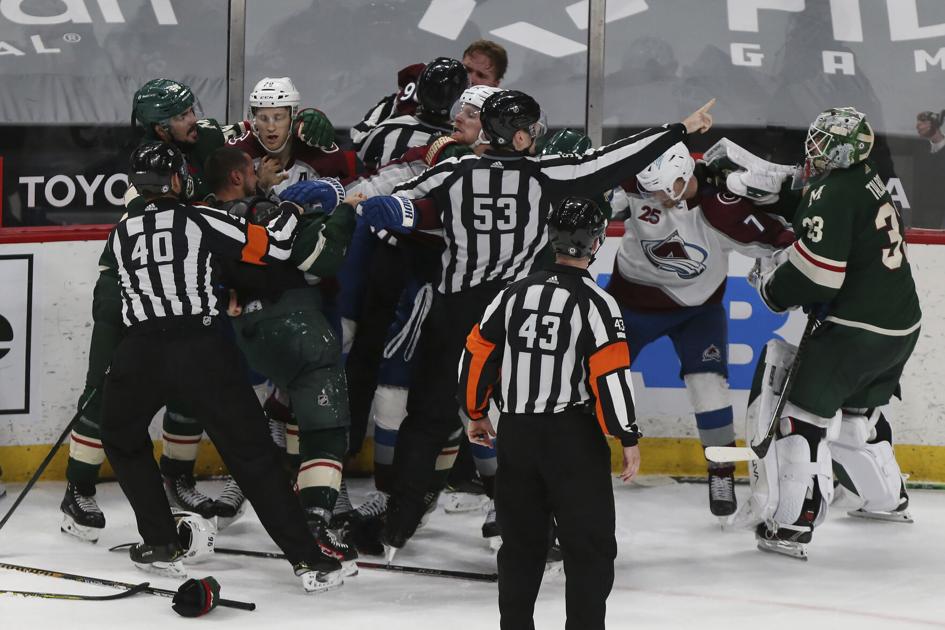 His teammates have been willing, but Philipp Grubauer wasn’t looking for a fight Monday night.

With 6.6 seconds left in regulation in Minnesota, there was just time for a faceoff before the final horn, followed by a shoving match. Avalanche top line trio Mikko Rantanen, Nathan MacKinnon and Gabriel Landeskog were in the thick of it. Minnesota goaltender Cam Talbot skated over to the boards and got involved, grabbing at Colorado’s Devon Toews.

Grubauer came far out of his crease. The day after his team’s 5-4 win, the goalie said he was just observing.

“I just wanted to see what was going on, get a closer look,” he said. “I’m not going to go down there. That’s not the thing we need right now.

“I don’t need to fight anybody, that’s not my job. I worry about stopping pucks.”

That has to comfort coach Jared Bednar, who doesn’t need the team’s Vezina Trophy candidate risking injury. Grubauer, one of the NHL’s stars of the month for March, leads the league in goals-against average (1.83) wins (24) and shutouts (five) among goaltenders who have played at least 10 games.

With frequent series of two or more games in a row against the same opponent and only the same seven West Division foes all season, teams have gotten very familiar. There was a one-on-one, gloves-dropped fight earlier in the third period. There have been four of those in the past six games, as Colorado Eagles call-ups haven’t shied away from defending themselves and teammates. Bednar didn’t consider the game to be any more heated than the current usual.

Before fans returned to Ball Arena, players in the penalty boxes could be seen yelling follow-ups to on-ice disagreements, without live noise or young eavesdroppers.

Forward Nazem Kadri said Monday that he doesn’t expect much will change.

“We’re competitive people, and that’s on both ends of the bench,” he said.