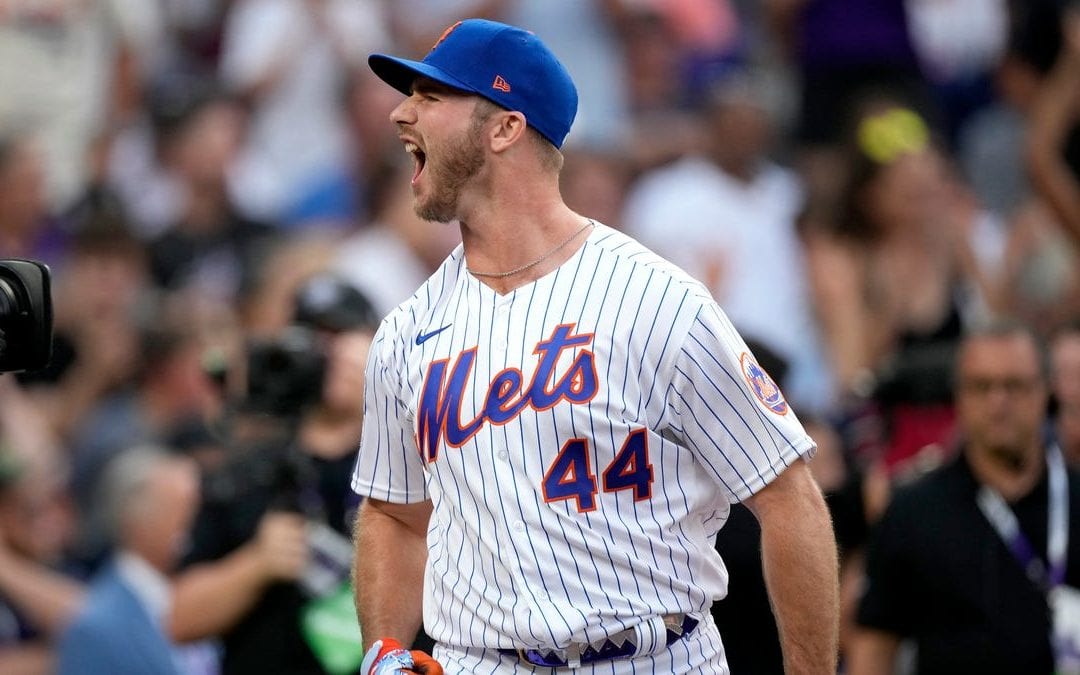 Two years ago in Cleveland, Pete Alonso stole the show at the All-Star Break and made a name for himself as the Home Run Derby champion as a rookie. After a year without a contest during the pandemic, Alonsodefended his crown and continue to grow his legend on Monday in Denver.

Soto defeated top seed Shohei Ohtani in the first round via a swing off and hit 15 home runs to set the mark. Alonso passed Soto’s mark with his 16th home run and 48 seconds still left from his initial two minutes of time.

All eight competitors wore the No. 44 on their jerseys as a tribute to the late Hank Aaron, who died back in January.