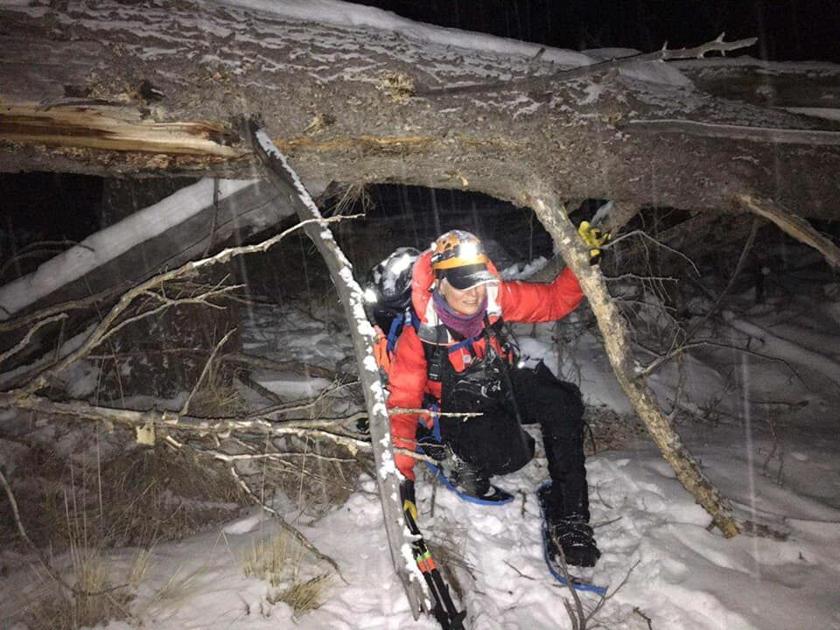 In Colorado’s backcountry, quick and simple decisions can often have major consequences. A pair of hikers found that out after the decision to split up left one of them out in the cold.

According to Chaffee County Search and Rescue, teams were called into the field last Thursday night to search for a missing hiker on Mount Shavano, a 14,231-foot peak in Colorado. Authorities were notified of the missing hiker at about 10 PM.

While the hiker had summited Mount Shavano at about 3 PM with someone they had met on an internet forum, the two split ways when the other hiker decided to push on to the nearby Tabeguache Peak summit. Though the two had planned to meet at a predetermined spot along their return route prior to descending the full mountain, the hiker that pushed on to Tabeguache Peak was unable to find the hiking partner after reaching the second peak. The missing hiker’s snowshoes were present on the route, meaning it was unlikely they had reached that point to retrieve them.

The hiker still on route was unable to locate the missing hiker in the surrounding area, deciding to contact the Chaffee County Sheriff’s Office.

Seven members of Chaffee County Search and Rescue South embarked on a mission to find the missing hiker, along with three members of Chaffee County Search and Rescue North. The team moved up the standard route on Shavano, which traveled up the gully that had been used by the two hikers. The subject was located at about 3 AM, disoriented, but uninjured. All teams were out of the field by 4 AM.

The subject was able to use fresh tracks in the snow to expedite discovery. Had these tracks not been present, search and rescue teams estimate the search would have taken much longer.

Thanks goes out to the search and rescue teams involved in this successful mission.

When hiking in Colorado’s backcountry, never let a member of the party leave alone – even if this means the whole party turning around. Always avoid splitting up on the mountain.

This instance also highlights a potential issue that comes with hiking with unfamiliar partners. Before any hike with a partner, discuss the plan for the day and what decision will be made should someone have to turn back. This can make it easier to make the smart, safer decision when the time comes and the adrenaline is pumping.