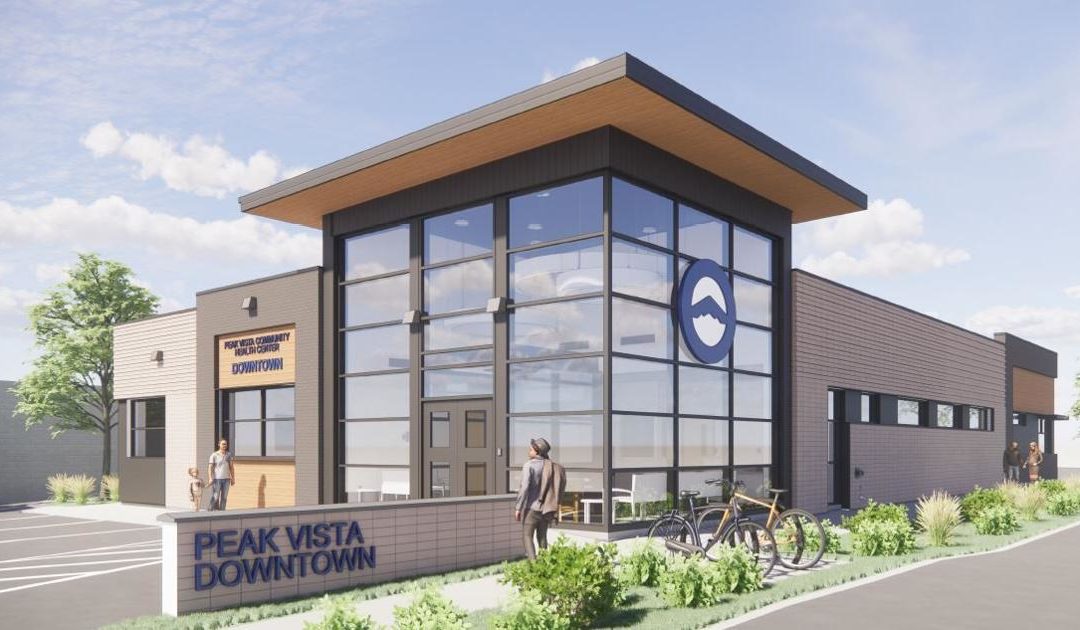 A network of nonprofit medical clinics for the indigent will break ground Tuesday on a $4.5 million center across the street from Colorado Springs’ largest homeless shelter.

When it opens on Feb. 14, Peak Vista Community Health Center Downtown will offer medical, dental, mental health and care coordination to the homeless population, people at risk of being homeless and other low-income residents.

Peak Vista started in September 1971 as the Colorado Springs Free Clinic, with volunteers providing medical care two nights a week to anyone who walked in the door, regardless of income.

The organization now operates health centers at schools and has expanded to include an urgent-care center and specialty care for women, children, people with disabilities and refugees.

The new downtown facility, on the southeast corner of South Tejon Street and East Las Vegas Street, will mark the organization’s 29th clinic in the Pikes Peak region.

“It’s an exciting project that brings all levels of health care to the south part of downtown,” Ramey said.

Tuesday’s public ceremony starts at 10:30 a.m. at the property, 111, E. Las Vegas St., and will feature city and project officials.

Peak Vista razed an old German deli that had been on the land to make way for a new 5,000-square-foot building estimated to cost between $4.2 million and $4.5 million.

Ramey said grants, donations and a $500,000 block grant from the city of Colorado Springs are funding the construction.

The center is a short walk from Springs Rescue Mission, which operates the city’s largest homeless shelter and soup kitchen, along with an on-site apartment complex for homeless clients, substance recovery programs for men and women, and job services.

Peak Vista has been providing basic medical, dental and mental health care to about 60 homeless people at the shelter each week, Ramey said.

That will expand to 500 clients or more monthly, Jeff Cook, the rescue mission’s vice president of operations, told The Gazette in February, when the project was announced.

Having medical care on hand for clients decreases emergency calls among the homeless population and the strain on city services, Cook said.

“Thanks to Peak Vista’s presence on our campus, we have been able to drastically reduce our 911 calls, which in turn saves the city thousands of dollars,” he said.

Clients also will get help with transportation to medical appointments beyond what the new clinic will provide, prescriptions and connection to other social services.

“It’s an all-encompassing model to help take care of all their needs,” Ramey said, adding that the new clinic has been two years in the making.