Paul Klee: The difference in Colorado Rockies at home vs. on the road is simply astounding 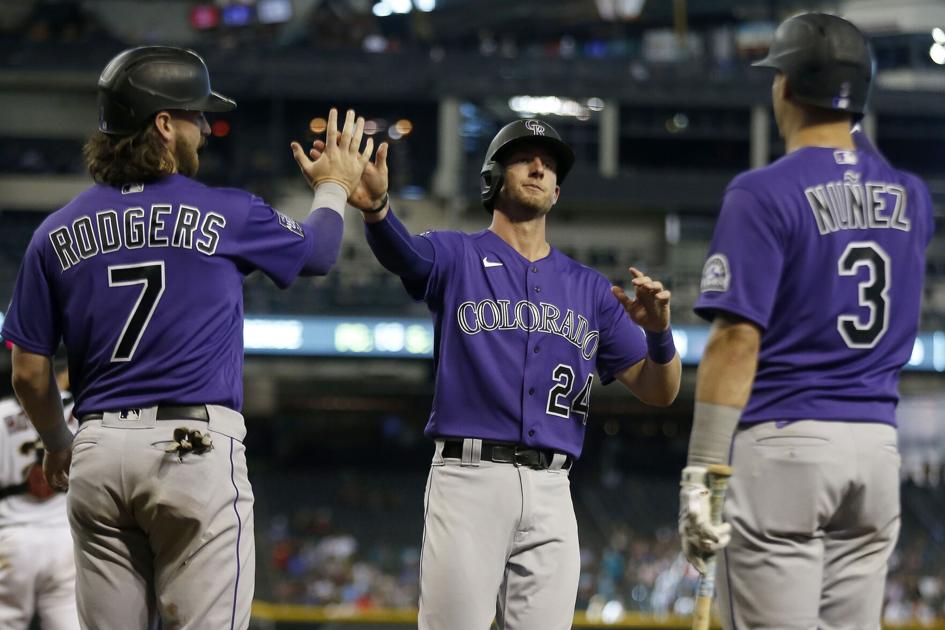 DENVER — Here, they are the Rocktober Rockies, not unbeatable but as close as there is in baseball. Once they leave comfy Coors Field they are punching bags for Henry Cejudo.

“We bang our heads against the wall trying to figure that out. We really do,” manager Bud Black said.

Let’s help, think outside the batter’s box. The National League is on a long losing streak to the Americans in the All-Star Game. Perhaps the NL squad that takes the diamond at Coors Field on Tuesday should consist only of Rockies. Current Rockies, not the Bombers or Rocktobers. Line up Ryan McMahon, Yonathan Daza and Raimel Tapia. Bring on Shohei Ohtani, Vlad Guerrero Jr. and Aaron Judge. Best wishes to the visitors.

Because here the Rox are world-beaters, entering Thursday tied for the most home wins in Major League Baseball. They beat the good teams. At Coors they’ve swept the first-place Astros and Padres and taken a series from the first-place Giants. They beat the bad teams. They’ve swept the very bad Diamondbacks, Pirates and Rangers and won series vs. the kinda bad Cardinals and Phillies. They are 13-8 through their last 21 — 11 of 13 wins at home. Thursday, the Rockies won 9-3 at Arizona. It was wild. It was rare. It was a lot of fun.

“It was good to see us put up a 9 spot,” Black said to Denver Gazette beat writer .

The Rockies lost the series, but it was on the road, so no big deal. They were coming off series wins against the Pirates and Cardinals — both played at 20th and Blake. Entering Thursday, Colorado’s run differential here is plus-1.4. On the road? Yep. Minus-1.4.

“It comes down to we are just not producing enough offense on the road,” Black said.

And that’s because, as altitude expert Charlie Blackmon said: “The ball does things differently once it leaves the pitcher’s hand before it gets to the plate. At a big league level playing against the best in the world to have to make those adjustments in competition from one day to the next while almost no one else in the game has to do that, it’s going to have an effect.”

The excellence (at home) and exasperation (on the road) is astounding. Since May 21, most of two months ago, the Rockies are 18-5 at home — the best record around. Their road record (7-33) would equate to the worst winning percentage of the Live Ball Era. I learned in writing this the Live Ball Era began in 1919 with the big bat of Babe Ruth. The humidor already was 100 years old but had not yet been introduced to baseball or Coors Field.

“We’ve been horrible on the road,” Kyle Freeland said. “That is what it is for this year for some reason. We are struggling on the road, but then we come home and I don’t know what it is. We love to win at Coors Field.”

In next week’s showcase the Rockies have one All-Star, stud starting pitcher German Marquez.

“If you look at the statistics it’s really hard to make as a pitcher because it’s an offensive park,” Blackmon said.

Flying anywhere has not been kind to these Rockies. Just how bad are the road Rockies? Bad-bad. Think about this: a 1-4 road trip to Seattle and Milwaukee actually improved their road winning percentage. They had been 5-27 before that. After Thursday’s upset the Rockies have three fewer road victories than the Diamondbacks, who once lost 28 of 29 road games. Bad-bad-bad.

“When we come back (home), we have a little sense of urgency that we have to get these games,” said first baseman C.J. Cron. “We can’t let them slip.”

The AL’s won seven straight All-Star Games. At Coors, maybe the NL should start the Rockies.