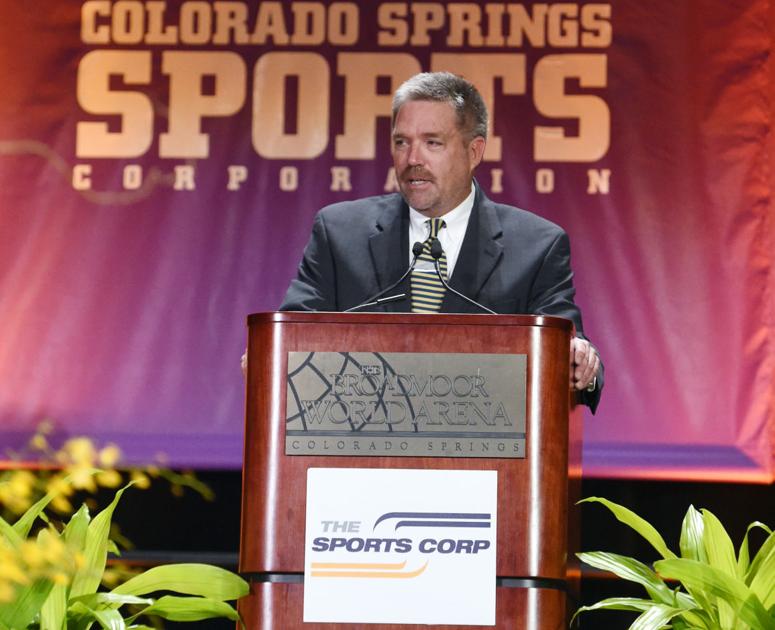 DENVER — The one time of year the spotlight found Tom Osborne — and he didn’t immediately race back into the shadows — was at the annual Colorado Springs Sports Hall of Fame banquet.

As president of the Colorado Springs Sports Corporation, Osborne would hike up to the stage, say something funny, congratulate the inductees … and quickly retreat to his own table.

Even then, he preferred to bring attention to someone else — his granddaughter, Charlie Rose. Like a kid showing off what he got for Christmas, Tom would dive into a pocket to retrieve his phone.

“Have I shown you a picture?” he would say to anyone and everyone he met. “Here she is.”

Tom Osborne died in his sleep Wednesday morning. He was 65. The local sports and events community is stunned. The reaction to his passing was as extraordinary as Osborne himself, a mix of disbelief and grief and gratitude for a man whose affinity for Colorado Springs had no borders. Osborne was really, truly loved by the city he really, truly loved.

“He was just a great, great guy. What was exceptional about him was his level of enthusiasm,” Colorado Springs Mayor John Suthers told me. “He’d take on a task, he’d call, send an email, he’d be so proud of this video to attract an AHL hockey team or whatever. His enthusiasm was so contagious, you couldn’t help but think he’s going to pull this thing off. And more often than not, he did.”

Osborne made sure the TV cameras were there, and made just as sure to avoid them himself.

Said Dave Palenchar, chairman of the Sports Corp board of directors, and a close friend: “He never wanted the event or the occasion to be about him. My favorite quote from Tom was, ‘I don’t want any credit. I’m just here to haul water bottles and pick up trash.’”

In doing so, Osborne picked up Colorado Springs and elevated the Pikes Peak region as a whole.

“Tom gave me some career advice a long time ago, (in) 1998: Find something you have a passion for,” says Doug Martin, chief operating officer with the Sports Corp. “He had a passion for what he did, for his community, and Tom would tell us he never worked a day in his life.”

Name the big event, and there’s a solid chance Osborne had a hand in luring it to or keeping it here. He’d been CEO of the Sports Corp since 2003. He served on the board of directors for The Broadmoor World Arena, Visit Colorado Springs and the Pikes Peak International Hill Climb. If there was an event in search of a home, Osborne needed five, maybe 10 minutes to convince you Colorado Springs would be perfect.

“He truly was a giant in what he did,” said Theo Gregory, assistant to the chairman on the Sports Corp board of directors, who came out of retirement to work alongside Osborne.

The fantastic Warrior Games, Colorado Classic, USA Pro Challenge, even the CHSAA state basketball tournament that lands at World Arena in a couple weeks — all are events Osborne helped bring to the area. Don’t forget recent U.S. Senior Opens at The Broadmoor. I sure won’t.

“Tom’s a dear friend. Just the other day we were laughing and cutting up at Paninos,” said Jeff Greene, chief of staff with the mayor’s office and a Sports Corp board member. “It’s heartbreaking.”

Did you know it was Osborne who prevented the Labor Day Lift Off balloon rally from soaring off for good? True story.

“And but for COVID, I think we would’ve had an AHL hockey team by now,” Suthers said.

Osborne’s love for the Springs community was on display last summer. Due to crowd-size restrictions during the COVID-19 pandemic, the half-century-old “Fourth of July Symphony in the Park” turned into the “Fourth of July Symphony on Your Porch,” fireworks shows scattered around 10 locations in the city. Every city needs a we’ll-figure-it-out guy, and that was Osborne.

“Tom took a crisis and turned into a celebration,” Suthers said. “Everybody liked the format so much we’re going to do it (again) this year, COVID or no COVID.”

The Rocky Mountain State Games grew from 14 sports and 2,000 athletes to over 20 sports and 10,000 athletes on Osborne’s watch. The Sports Corp hosted the State Games of America three times, something nowhere else has done. He was also a member of the U.S. Olympic Committee board of directors and served on its executive committee from 1996-2000.

“He was a treasured friend and mentor and has left an impressive legacy,” said Megan Leatham, executive director of the Pikes Peak International Hill Climb, which Osborne chaired.

All these events are not simply red font on a chamber of commerce calendar. When you consider all those eyeballs, all those out-of-state visitors, all those Instagram photos, they are contributing factors to why Colorado Springs is booming and growing like few other cities.

“Since Tom moved here (from Montana) 18 years ago, he has taken that organization to that next level. Really, he embodied what Olympic City USA is all about,” said Doug Price, president of Visit Colorado Springs. “He and his staff put on events that have showcased our city and our region, not only to people in Colorado, but people all over the globe with the Hill Climb. This is tough. I feel honored to have worked with Tom. But it’s true, he liked being in the background. He was very much a servant leader.”

The people who knew Tom best say he was very much a devoted husband to wife Amy, who survives him, and to daughter Ellie (Cameron) Kuehne, son Ben (Kassy) Haughton and his beloved Charlie Rose.

“He didn’t want anybody to not know about Charlie,” Price said.

Grandpa was so proud of Charlie, and Charlie should be so proud he was her Grandpa.