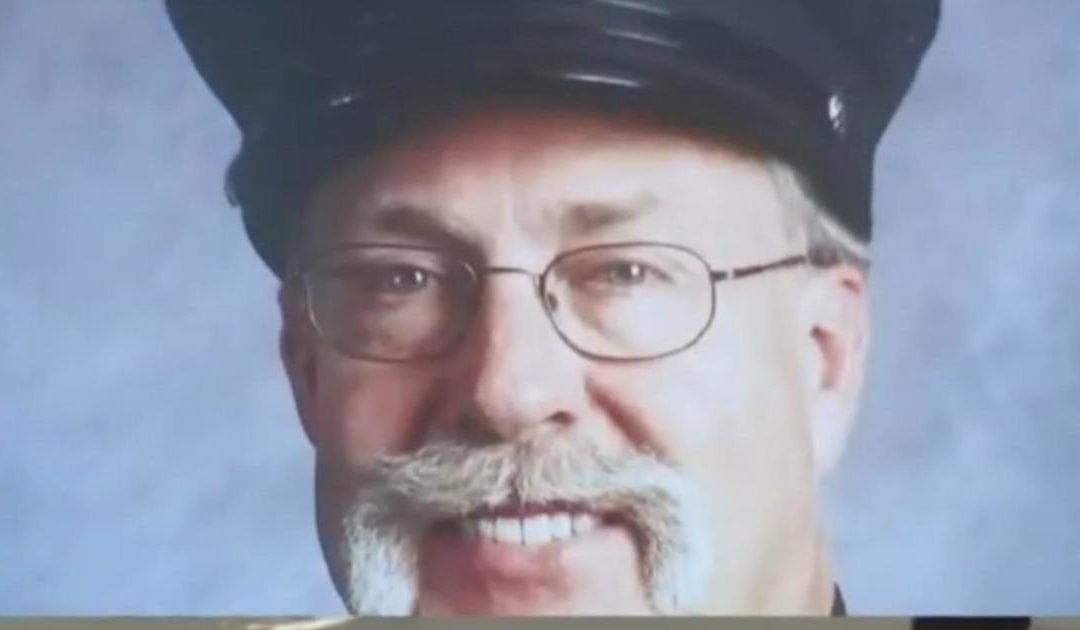 A hero was honored Sunday after losing his life to coronavirus, CBS New York reports. Paul Cary was a Colorado paramedic who came to New York City, the epicenter of the pandemic, to help in the fight against the virus.

Cary, 66, was first and foremost a father of two sons and grandfather of four. Now, he’s a national hero, after answering the call to help with the COVID-19 pandemic here before succumbing to the virus, himself.

On Sunday, there was a massive procession, including hundreds of first responders, that escorted his body to Newark Liberty Airport for his journey home.

“And all of our first responders honored him as if he had been a lifelong New Yorker, and I know the Cary family was deeply moved by that,” Mayor Bill de Blasio said. “He ended up coming to New York City to help us in our hour of need, and then so painful that this disease has taken him.”

Anthony Capone is president of Ambulnz, an independent ambulance service Cary worked for.

“When he responded, it wasn’t out of an excitement to be a hero. It was out of understanding that people really needed his services and he could best use them in New York,” Capone said.

He said the veteran paramedic was one of the first to volunteer to join the company’s Strike Force 19 response team. Cary was serving in the Bronx, and had already signed up to stay a second tour, when he became ill about two weeks ago.

“He just had this stoic personality, I remember, that allowed you to have complete confidence that when he went into deployment, it would be OK, that he was not in any way going to become scared,” Capone said.

Service was in Cary’s blood. Before joining Ambulnz, he was a firefighter and paramedic for the Aurora, Colorado Fire Department for more than 30 years.

Though his time in New York was brief, his dependability and devotion left a lasting impression.

“Across our organization, it was like a bomb went off. It was absolutely heartbreaking,” Capone said. “I think everyone that was riding with him, everyone that was part of this, they called it a task force, really found inspiration from him.”

One of Cary’s sons was present in Newark as his father’s flag-draped coffin was ceremonially placed aboard a flight to Colorado.

The family released he following statement:

“He risked his own health and safety to protect others and left this world a better place,” they wrote. “We are at peace knowing that Paul did what he loved and what he believed in, right up until the very end.”

“When someone is in that most dire need and someone responds to that dire need and they do so with great risk to themselves, no fewer things are a greater sign of humanity,” Capone said.

There will be another procession for Cary in Denver before a final ceremony at a funeral home.