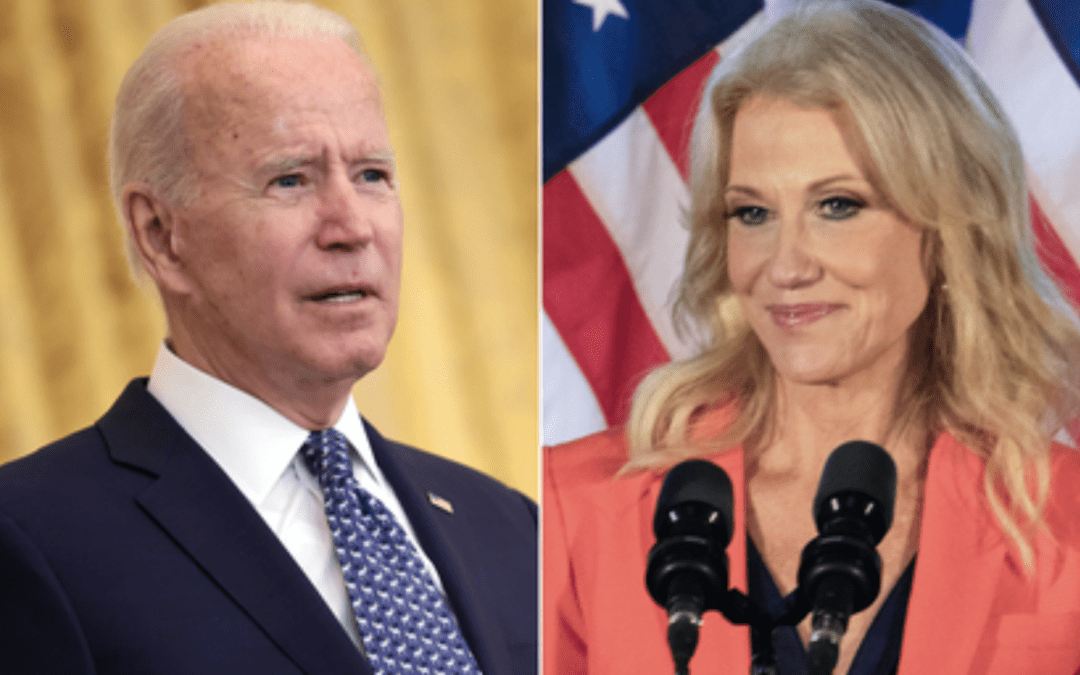 Remember when Joe Biden promised unity and to bring Americans together?

In a knee-jerk attempt to distract from his disastrous news coverage, Biden has moved to purge 18 duly-appointed Trump nominees from military service academy boards across the country.

The appointees were told on Wednesday to resign by 6 p.m. or be canned by the president.

The firings are unprecedented in recent history and risk politicizing what are meant to be nonpartisan advisory board panels at the academies.

Among the canned academy board members are Kellyanne Conway, who was nominated to serve on the Air Force Academy’s Board of Visitors last December.

President Biden, I’m not resigning, but you should. pic.twitter.com/HuRYM4bLYP

Other fired board members include former White House Press Secretary Sean Spicer, who served on a Naval Academy advisory board, and H.R. McMaster from the West Point board.

“Instead of focusing on the stranded Americans left in Afghanistan, President Biden is trying to terminate the Trump appointees to the Naval Academy, West Point and Air Force Academy,” Spicer wrote.

The White House attacked the Trump nominees’ qualifications, which is ironic considering McMaster is receiving a Distinguished Graduate award from West Point this week while Spicer has served as an officer in the U.S. Navy Reserve for a number of years.

Other former Trump officials appointed to similar boards were also threatened with firing on Wednesday, such as former national security adviser H.R. McMaster, lobbyist David Urban and retired Gen. Jack Keane, according to one of the fired board members. Later this week McMaster  by West Point’s Association of Graduates as a Distinguished Graduate of the academy.

In response, Spicer announced he would be pursuing legal action against the White House.

Federal law makes clear the president has the legal authority to appoint the members of the advisory boards, but it is less clear whether Biden has the authority to unilaterally remove these individuals from their positions.

BREAKING: As the Biden administration attempts to remove Trump appointees from their Military Academy boards, @seanspicer calls out White House Press Secretary Jen Psaki, and announces he will take legal action against the decision. pic.twitter.com/bPgLlJhFzK

Perhaps Biden thinks this bizarre move will shore up support among Democrats who have recently turned against him.

In reality, it just makes the Biden administration look small.

Is there any evidence whatsoever that Conway or anyone else could use their positions to advance a political agenda?

This is a desperate move from an inept White House that just wants to change the subject from anything other than the emerging hostage crisis in Afghanistan, surging inflation, or the chaos on Capitol Hill.

With Biden’s job approval underwater in pretty much every key state and congressional district in the country, this pathetic ploy will not work.