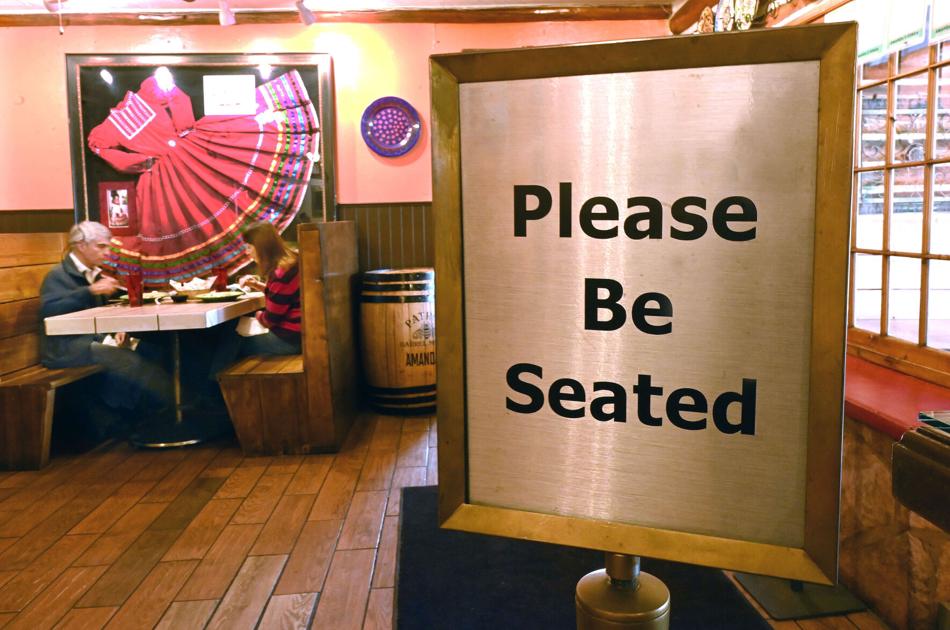 El Paso, Pueblo and Denver-metro counties were among 33 counties in Colorado to move from level “red” to “orange” on the state’s COVID-19 dial Monday — a change that allows indoor dining again at restaurants, and increased gym capacity, albeit limited.

“I believe this is the beginning of better things,” said Teresa Vieira, co-owner and general manager of Peaks N Pines Brewery, which has locations in Fountain and on Tutt Boulevard in Colorado Springs. “I suspected that after the holidays, the governor would be a little more flexible, and I’m glad I was right.”

In a social media post late Wednesday, Gov. Jared Polis announced he was requesting the state health department transition such counties to the lower level of restrictions, calling the issue a matter of “regional cohesion” and citing a statewide drop in cases.

With a COVID incidence of nearly 480 cases per 100,000 residents over 14 days, El Paso County did not officially qualify for level “orange” as of Monday. To qualify the county would need a rate of 350 cases or less.

Sosa noted that while restrictions are easing, “the need to continue practicing public health preventive measures is essential … We still have work to do as a community to curb COVID-19 and capitalize on all of the work, sacrifice that has moved us back to orange from red restrictions. Second, it’s imperative for the county to remain vigilant with prevention measures such as wearing masks, practicing social distancing, continuing to socialize just with people who live in your household, staying home when you are sick, quarantining when you have a known exposure to COVID-19, and avoiding large crowds.”

All but four counties in the state are now in the “orange” category. The remaining four mountain counties — Jackson, Saguache, Gunnison and Hinsdale — are in less-restrictive categories.

Colorado College microbiology professor Phoebe Lostroh, whose weekly El Paso County virus predictions have typically fallen within 10% of actual statistics, said Monday she would “feel more comfortable” if counties moved to “orange” once they actually qualified for the changes.

Before shifting levels, “I think it’s critical that we have restored contact tracing,” she said, referencing an announcement on the county health department’s website that it is unable to keep up with contact tracing, “and a percent positivity level of less than 5%,” the benchmark recommended by the World Health Organization this spring for communities wishing to reopen, she said.

But Polis said in his post that “Colorado has been in a sustained decline for 13 days, and only 73% of ICU beds statewide are in use. This is a direct result of Coloradans stepping up and taking the steps to protect themselves and others.”

Polis’ announcement came hours after a news conference at which state officials provided details on the United States’, and Colorado’s, first confirmed case of a new, highly transmissible COVID-19 variant sweeping through the United Kingdom, as well as a second potential case.

The move to “orange” allows restaurants — which, under “red,” were closed for all but take-out, curbside, delivery, to-go and restricted outdoor dining — to reopen for indoor dining at 25% capacity or 50 people, whichever is fewer. Under “red,” restaurants were allowed to offer outdoor dining with household groups only. Now, under orange, they may serve all parties, assuming they’re spaced six feet apart. Additionally, last call is bumped to 10 p.m., from 8 p.m.

Gyms also benefit from the move, now allowed to expand from 10% capacity to 25%, but with a maximum of 25 people indoors.

“This transition was not a hard one to make for us since we were already 25% before the shutdown — we just turned back to that model,” said Vieira, whose staff worked over the weekend and Sunday night to stage and deep sanitize the space.

Like many breweries and restaurants, Peaks N Pines invested in outdoor heaters and tents to make the most of the patio space where, under the governor’s order, socially distanced guests could still be served during restaurants’ indoor closure.

“Now, we can still continue to use the tents for overflow seating or a waiting area as tables come open,” Vieira said. “It’s obviously not the optimal situation for us, but it makes it more of a survival situation for the businesses that have few options. I really feel that this will be a huge boon for all the breweries and restaurants who are able to do this.”

The move to 25% capacity “is a good thing, at least for us,” Kevin Dexter, owner of Shuga’s, an eclectic eatery that serves cocktails and coffee in downtown Colorado Springs, said Monday. “We’ll take what we can get.”

The business had invested in outdoor tipis, a greenhouse and patio heaters in order to continue to seat customers outdoors during the winter months.

Those options will continue to be offered to accommodate customers with a variety of comfort levels, Dexter said.

Raj Adhikari, owner of Indian restaurant Shri Ganesh on the city’s northeast side, said the capacity increase will allow him more opportunities to sell customers on dishes they may not have in mind when they call to place a to-go order.

“Now I can suggest something,” he said. “I can make something special; I can give them a discount. It will help a lot. I would like to see 100%, but I know it’s not the right time.”

“It was a lost year for all of us, 2020 — every single person,” he said. “We just have to work together to figure out and survive, and let the government do its job so we can all live the good life again in 2021.”