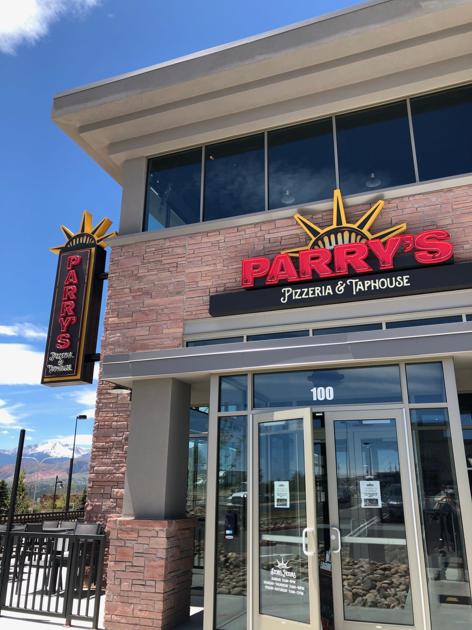 Parry’s, a Denver-based restaurant chain that specializes in thin-crust, New York-style pizza and craft beer, will open its second Colorado Springs location Monday after delaying the launch for two months because of state-mandated dining-room restrictions.

Parry’s Pizzeria & Taphouse will join the lineup of stores, restaurants and other businesses at the 135-acre InterQuest Marketplace development, east of Interstate 25 and InterQuest Parkway on the city’s far north side.

The roughly 5,000-square-foot restaurant, which will employ 65 full- and part-time workers, will be the 12th Parry’s; the chain, founded in 2007, has 10 restaurants in Colorado and locations in Dallas and Charlotte, N.C.

That restaurant, about 2,000 square feet, “exceeded expectations” despite being limited to takeout and curbside service since its opening, said Parry’s spokesman Nate Lyon.

“That just showed us how during that time the Colorado Springs community was really wanting to get out and try a new restaurant,” Lyon said.

Restaurants were ordered to close dining rooms March 16 by Gov. Jared Polis as a means of halting the spread of the novel coronavirus. As a result, Parry’s postponed its April 1 opening at InterQuest Marketplace.

The Parry’s at InterQuest Marketplace has indoor seating for 99 people, though only half that number will be allowed inside to comply with Colorado’s rule that caps dining room seating at 50% of capacity or 50 people at any one time, Lyon said.

The new Parry’s also has a rooftop patio with Front Range views and a large main-level patio; the outdoor areas don’t count against the restaurant’s indoor seating limit.

“We feel pretty good about having so many outdoor dining options for people that maybe have a little more concern and don’t want to be in such a confined space right now,” Lyon said.

In addition to thin-crust pizza, Parry’s menu includes wings, sandwiches, salads and appetizers. The restaurant will have 95 beers on tap — 80 in the dining room and 15 to serve the rooftop patio, Lyon said. Local brands will be available from Springs brewers such as Goat Patch Brewing Co., Bristol Brewing and Cerberus Brewing.

Delivery and takeout service also will be available from the restaurant, where employees will wear masks and other safeguards will be in place, Lyon said.

Parry’s will mark its Monday opening with the start of a pizza giveaway that will continue through the week; 20 people will win pizza for the rest of the year.

Parry’s is among the latest arrivals in the busy InterQuest area, whose restaurants, hotels, entertainment venues, service-oriented businesses and apartments have made it one of Colorado Springs’ fastest-growing commercial hubs.