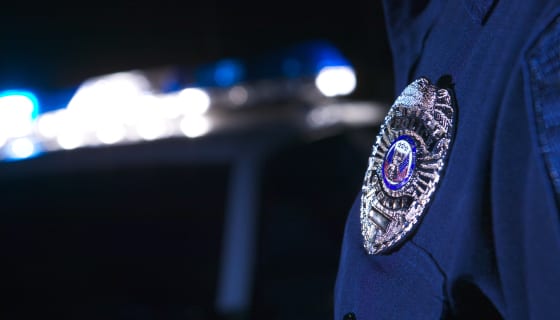 DENVER (AP) — An independent municipal panel on Tuesday upheld the termination of a Colorado police officer fired for not assisting a restrained Black woman who begged for help after she became lodged upside down in the back of his patrol car.

In a written ruling, Aurora’s civil service commission said Levi Huffine’s “callous and intentional disregard” for Shataeah Kelly’s safety and well-being last year was so egregious that it merited termination despite him not having serious disciplinary problems before.

“Petitioner’s demonstration of inhumanity to Ms. Kelly will undoubtedly bring the Department into direct disrepute in the eyes of the public as the video of what transpired is viewed by more and more of the public,” the decision said.

The department in the city near Denver has already been under scrutiny because of last year’s death of Elijah McClain, a Black man confronted by police after someone reported him as suspicious, and the handcuffing of Black girls pulled from a wrongfully suspected stolen car this summer.

During a hearing last week, the commission watched body camera footage that shows Kelly falling head-first off the back seat of the cruiser while hobbled — her ankles and wrists restrained behind her and attached to a nylon band around her waist.

While she initially berates Huffine after being placed in the restraint for 21 minutes after she fell, she pleads with Huffine, repeatedly saying she can not breathe and that her neck is breaking. Later, she says she cannot believe she is “suffering like this for being Black” and addresses the officer as “master.”

Huffine acknowledged calling Kelly “just another drunk” while being investigated but apologized to the commission, saying did not know Kelly had fallen off the seat because he could not see the position she was in. However, he acknowledged that if he had glanced into the back seat, he would have seen her legs on the passenger side.

His lawyer, Carrie Slinkard, argued that officers have long asserted it was dangerous to transport people hobbled with restraints in cruisers and Huffine should not be punished for following the flawed policy. It was later changed as a result of what happened to Kelly, who was not physically injured.

Police Chief Vanessa Wilson fired Huffine in February, overruling a recommendation to suspend him. During the civil service hearing, the city’s lawyers tied upholding his firing with her efforts to change the department.

The four members of the commission will not comment further on their decision for the next 30 days because Huffine has the right to appeal the commission’s decision in state court, city spokesperson Michael Bryant said.