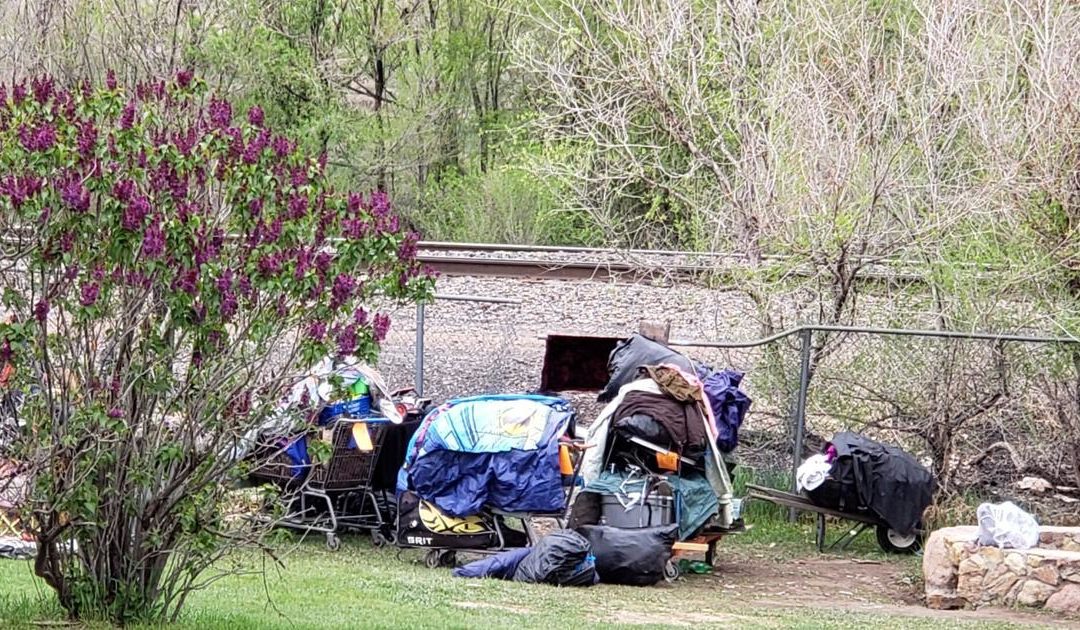 More homeless people are using emergency shelters in Colorado Springs, and more are being accepted into subsidized housing programs as the city’s stock of transitional and supportive units continues to grow, according to data from the Pikes Peak Continuum of Care, released this week.

The statistics are encouraging, said Evan Caster, manager of homeless initiatives at Community Health Partnership, the administering agency for the Pikes Peak Continuum of Care.

“We’ve reduced our number of homeless and are seeing more people go into housing programs, better use of shelters, we almost doubled our numbers in Rapid Rehousing, and we got 130 more people into public housing,” he said.

But it’s hard to tell if the numbers of homeless actually have decreased.

A total of 1,156 homeless people were recorded on Jan. 24, during the annual U.S. Housing and Urban Development-mandated calculation known as the point-in-time survey.

However, this year’s tally is missing a chunk of the population — those considered “unsheltered” and sleeping outside in tents, cars, abandoned buildings or under bridges.

In 2020, there were 358 people living in such temporary settings. This year’s tabulation: zero.

Homeless agencies usually conduct that boots-on-the-ground unsheltered head count annually in tandem with shelter occupancies, Caster said, but didn’t do that in January because of the COVID-19 pandemic and a HUD recommendation against it.

The new statistics are “probably lower than we would have seen under normal circumstances,” said Andy Barton, chairman of the board of Pikes Peak Continuum of Care and president and CEO of Catholic Charities of Central Colorado.

Beyond the missing unsheltered numbers, the point-in-time survey is a snapshot of just one day, he said, and provides a limited view.

“We know the counts are probably dramatically undercounting the effects on families and children,” for instance, Barton said.

The community is using other data now, as well, to determine the size of the homeless population and the scope of their needs, Caster said.

Community Health Partnership, which formed in 1997 to improve the health of the community, started keeping monthly statistics on homeless veterans and youth in March 2020, when the pandemic began.

Among the findings from all recent trackings:

• Fifty homeless youths were in the city’s emergency teen shelter, The Place, or transitional housing on Jan 24.

• The city has its highest number of people living in transitional housing this year, at 530 individuals, up from 412 in 2011. Total inventory is 642 beds with 84% occupancy.

• Colorado Springs also has the highest number of people who have moved into permanent housing — 696 — up from 261 a decade ago.

• Nearly 180 people are in Rapid Rehousing, a program that provides housing first before addressing issues such as substance abuse. That’s double from 2020 but down from the decade’s high of 347 in 2015.

• There are 861 emergency shelter beds in Colorado Springs, the highest number ever. Occupancy was 73% in January.

• Data from January to June showed a monthly average of 281 individuals aged 18-24 who were homeless.

With two other projects opening in the past few years, 165 units of new supportive housing for homeless people will have been added in the community, Caster said.

“We’re seeing a lot of support from the city around permanent supportive housing,” he said.

At any given time in the community, there are an estimated 400 to 500 homeless people needing housing, Barton said.

All local organizations that help the homeless improve their lives use a tracking system to prioritize cases. Those numbers are being collected to further decide where to spend federal, state and local monies, organizations say.

“The Continuum of Care is starting to take a more systemic look at the system performance measures, beyond a daily count and into specifics,” he said.

While it might be strange to look at statistics that show where Colorado Springs’ homeless stood in January, Barton said, “We really have to focus on where we’re going.”

He believes the community has a good plan in place, with organizations working together to not duplicate services but leverage each organization’s strengths and target populations to fill in gaps.

As the end of pandemic-related unemployment benefits and eviction moratoriums near an end this fall, Barton said the industry is bracing for what could be “a wave of need that’s been hidden.”