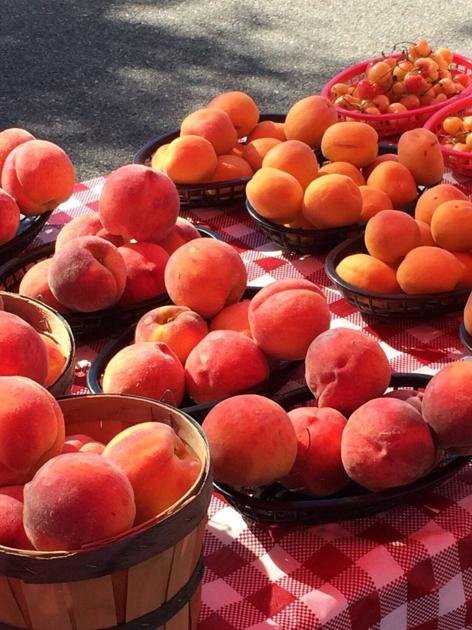 More than one year ago, record low temperatures destroyed more than half of the crops within the Grand Valley region.

National Weather Service meteorologist Megan Stackhouse said the temperature dropped to 19 degrees in Grand Junction on April 14, 2020 — the lowest since 1933.

Many of the crops in the region such as peaches, apples, cherries, pears and plums could be ruined by temperatures falling below 27 degrees.

Despite the recent cool down across the state, overnight temperatures across the Grand Valley region have not dropped below freezing and the crops remain unscathed.

But that could change at a moments notice, said Clare Talbott, owner of C&R Farms in Palisade.

“You just have to go with whatever’s going to happen, and we don’t have control over it,” Talbott said. “That’s part of farming. It’s a big gamble, and it’s worse than going to Las Vegas.”

C&R Farms has been run by the Talbott family for two generations and has about 120 acres dedicated to peaches, which produce about 65,000 boxes a year.

However, because of the cold spell last year, the family was only able to save around 3,250 peaches, or 5% of their total crop. The devastation has made this year’s crop more important than ever.

“We’re just praying that the weather will stay good until we have picked every last one of our crops,” Talbott said.

Dennis Clark, the owner of Clark Family Orchards in Palisade, said last year’s damage has left many farmers in the area more worried than a normal year.

“I think every grower in this valley is probably been getting a little grayer recently,” he said. “Everyone’s hoping to have a nice fruit crop to alleviate the loss last year. It takes too long to recover from these situations, so everybody will probably be a little on edge until the end of the season.”

Although Clark’s crop was impacted by the cold temperatures last year, he said he was one of the few farmers who did not lose everything.

“Twenty-five(%) to 30% of my crop last year survived, and while it’s not very good, it’s still better than a lot of other people in the valley,” Clark said.

Overnight temperatures are projected to remain lower than normal over the next couple of days, but shouldn’t drop below the 27-degree threshold.

Temperatures are expected to get closer to normal as the week progresses, Stackhouse said.

But until the final peach is in the box this year, many farmers will continue to worry, Talbott said.

“You have to wait until you get them all picked and gone,” she said. “So anything can happen between now and the middle of September, but as of right now, the region’s crops are looking great.”