Pair of Democrats demand probe of decision to move U.S. Space Command out of Colorado Springs 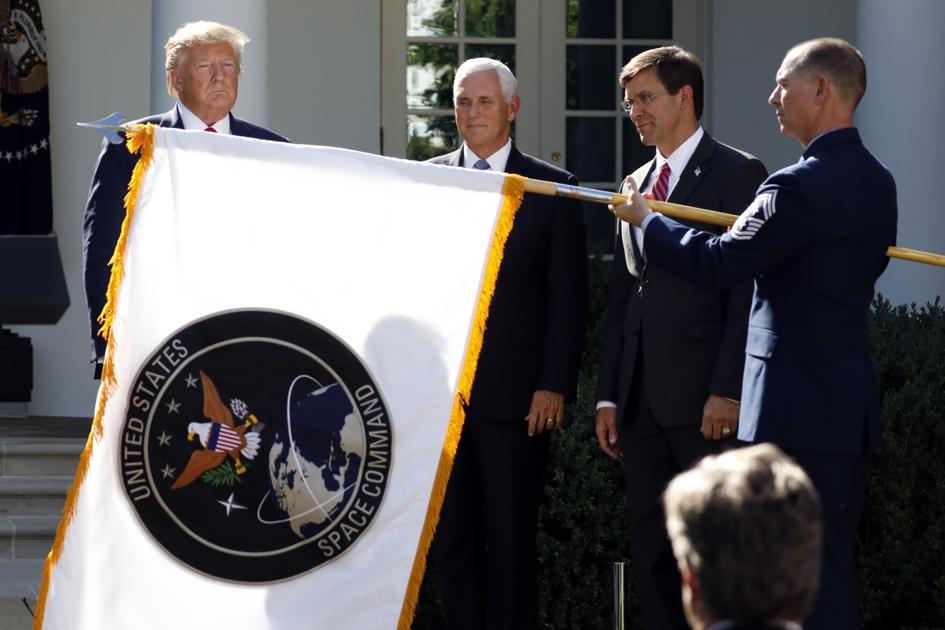 A pair of congressional Democrats asked the Pentagon’s watchdog on Tuesday to probe the role of political influence in the Trump administration’s decision to uproot U.S. Space Command from Colorado Springs, amid concerns that the command’s civilian workforce could quit rather than relocate to Alabama.

Reps. John Garamendi, D-Calif., and Jim Cooper, D-Tenn., said the decision pulling the command to Huntsville, Ala., “appears to be untethered from national security and military judgment.”

“We are particularly alarmed that the strategic basing process for (Space Command) appears to be politically tainted, potentially at the highest levels of the Executive Branch,” the lawmakers wrote to acting Defense Department Inspector General Sean O’Donnell. “We request that you review whether and how President Trump may have influenced this decision.”

The letter also cites the move of the Missile Defense Agency headquarters to Huntsville as a cautionary tale.

“When the Missile Defense Agency relocated from the national capital region to Huntsville, Alabama, approximately 80% of civilian employees declined to relocate,” the lawmakers wrote. “We anticipate that we will see similar relocation/retention rates if (Space Command) relocates from Colorado Springs, Colorado, to Huntsville, Alabama.”

The lawmakers are senior members of the House Armed Services Committee, with Garamendi heading a panel on military readiness and Cooper heading a subcommittee that oversees strategic issues including space.

While similar letters have come from Colorado’s congressional delegation and local leaders, the involvement of top House Democrats from outside the Rockies raises the profile of the issue as Democrat Joe Biden enters the White House on Wednesday.

A request for an inspector general’s probe into the matter is a first step that could precede congressional hearings on the issue and signals a wider coalition of lawmakers could back a reversal of the Alabama move.

Space Command, with 1,400 troops, was reestablished in Colorado Springs in 2019 amid rising concern that enemies could target American military satellites in a future war. Like the commands that oversee Europe, the Middle East and Asia, Space Command oversees the work of all military branches in its area of concern, space.

The lawmakers wrote that the Pentagon apparently discounted how a move could disrupt military operations in orbit if the command were pulled from Colorado Springs.

“The scoring for this basing decision does not include an assessment of mission impact caused by employee attrition and subsequent loss of expertise,” they wrote. “This disruption from a loss of expertise could have near-term detrimental impacts to National Security as Space Command endeavors to strengthen the capability, requirements and operations necessary to address increasing threats in space.”

While U.S. Space Command was headquartered in Colorado Springs from 1985-2002, the reestablished command was considered to be a new unit and subject to a Pentagon process that would determine its permanent home. After the Pentagon scuttled an earlier process that tabbed Colorado Springs as the command’s location, leaders in May gave it to the Pikes Peak region until at least 2026 while reopening a nationwide competition to house the headquarters.

While the Pentagon established scoring criteria that winnowed down the national search to six finalist cities to house the command, including Huntsville and Colorado Springs, officials haven’t released the final scores given to cities.

The Pentagon also hasn’t released cost estimates for the move to the public, although preliminary numbers were apparently provided to Garamendi and Cooper.

Garamendi and Cooper wrote that the Pentagon didn’t consider “the fully burdened cost associated with relocating personnel and warfighting systems, nor does it address what could be reused or leveraged should the command remain in a location that has existing facilities and infrastructure currently supporting Space Command missions.”

“I call on you to use your authority immediately upon taking office as commander-in-chief to reverse this foolish and hastily made decision,” Lamborn wrote.

Even if Biden doesn’t act, bipartisan opposition to moving the command could pose a significant roadblock for the Pentagon. Moving Space Command to Alabama would require hundreds of millions of dollars in military construction funds from Congress.

And the Democrats are already skeptical of preliminary Pentagon estimates that were given to lawmakers but not released to the public of how much construction money it would take.