Ozone pollution in Colorado is spiking. Here’s what you need to know. 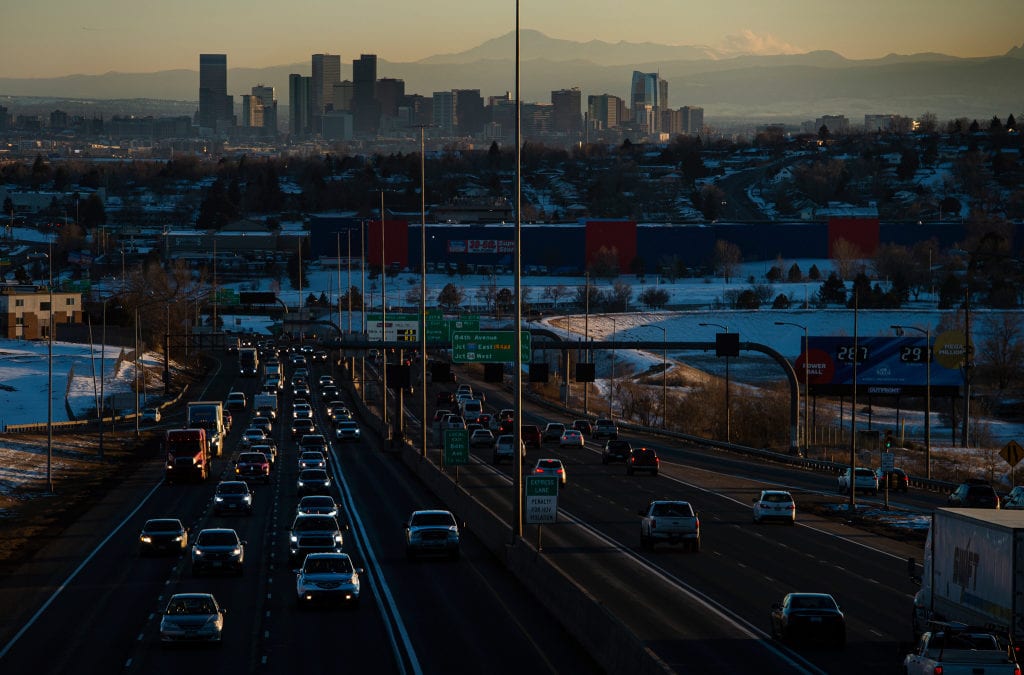 Colorado Front Range ground-level ozone air pollution broke the federal health limit this week, prompting state officials to post “action day” alerts that are visible to millions along highways and on phone apps and urge residents to drive less and in some cases stay indoors.

So far, the Colorado Department of Public Health and Environment has issued five ozone-action day alerts — including Tuesday, Wednesday and Thursday this week. The agency expects 36 days with alerts by the end of August.

Ozone levels are driven by the amounts of chemical gases mixing in sunlight.  Among the major Front Range sources of these pollutants — called volatile organic compounds (VOCs) and nitrogen oxides — are oil and gas production, vehicles, solvents and paints, gas-powered lawn mowers and household products.

The health limit for ozone is 70 parts per billion. This year so far, the levels have reached up to 87 ppb at Platteville on March 19 and 82 ppb in Golden on Tuesday. In 2020, ozone went up to 90 ppb near near the National Renewable Energy Lab in Golden as wildfires burned in August.

Colorado has flunked federal health standards frequently for more than a decade. Environmental Protection Agency officials last year reclassified Colorado as a “serious” violator, and are expected to downgrade this status to “severe.”

What can ozone do to my health?

What do I do if I feel bad?

Colorado health officials advise residents to contact their medical care providers if they are worried or experiencing health problems.

What should I do when there’s an “ozone alert” warning?

Avoid rigorous outdoor activity and stay indoors if you are a senior citizen, very young or have had respiratory or circulatory problems, CDPHE air pollution control spokesman Andrew Bare said.

The “action day” alerts also urge residents to avoid driving, mowing their lawns and filling up gas tanks, especially when the sun is out. When the ozone spikes significantly above health limits, state officials sometimes advise wider groups of residents to stay indoors.

How bad will ozone get this summer?

Over the past three years, ozone levels generally peaked in the upper 80s.

“Right now, we expect Colorado – and most of the West — to experience below average precipitation and above average temperatures this summer, which are conditions that usually produce elevated ozone levels,” Bare said.

How do wildfires affect ozone?

Will ozone decrease if people drive less and wait to fill gas tanks?

State health officials “know Coloradans can make a real difference” but couldn’t say how much pollution could be prevented.

What are state leaders doing about the problem?

Colorado air pollution control officials have ordered oil and gas companies to tighten valves and fix leaks, and recently proposed measures to encourage employers to give workers better transport options and encourage use of zero-emission electric vehicles. Both require approval by the Air Quality Control Commission.