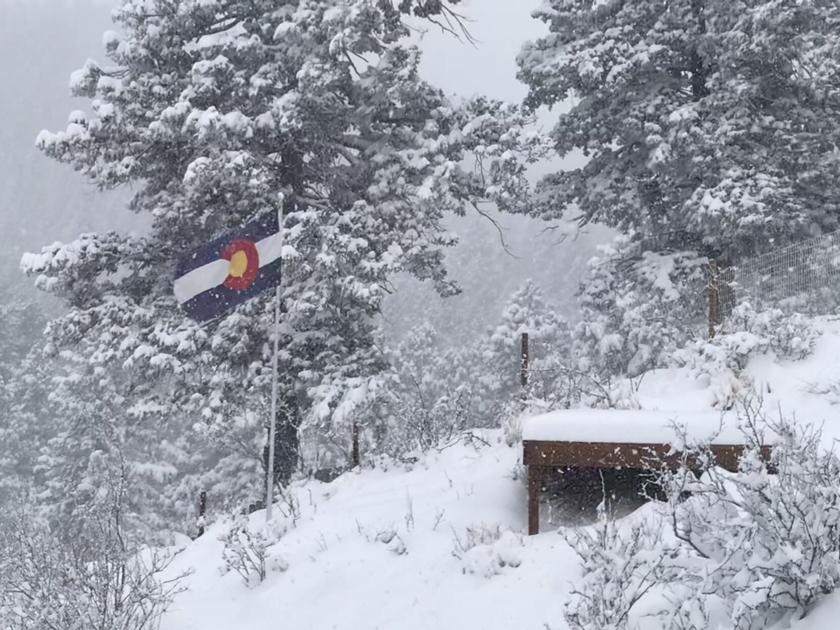 The Colorado Department of Transportation reopened several highways Wednesday morning after a blizzard battered the southeastern portion of the state overnight.

Highway 160, Highway 350 and Highway 109 were closed amid the storm, which caused treacherous driving conditions through the region dominated by more cattle than people.

The storm brought between as much as 8 inches of snow to Trinidad and 60 mph winds near Springfield, the National Weather Service in Pueblo said.

The storm hit further south than originally expected, so Pueblo missed the bulk of the storm with only a dusting of snow and light winds, Klint Skelly, a meteorologist with the agency, said. Colorado Springs, where overnight snow has expected, saw few flakes.

“We had about three inches of snow but the highways are ice-packed,” said Anita Robertson, the owner of Kim Outpost, a general store breakfast stop in Kim, Colo., home to five dozen residents and one of few towns amid sprawling cattle ranches.

Robertson lives 20 miles west of Kim and she said the wind was howling on her way into the restaurant Wednesday morning.

Just a trickle of customers came into Kim Outpost Wednesday morning while most of her usual customers were out caring for cattle and seeing how herds weathered the spring blizzard, Robertson said.

It’s a type of storm called a “cow killer” on the eastern plains, where strong winds, bitter temperatures and heavy snow can be dangerous for cattle in a season when many cows are calving.

Snow slowed to a stop near Trinidad after 8 a.m. Wednesday but strong gusts are expected to continue blowing snow throughout the day near Kim, the weather service said.

A warming trend was expected for the southeastern plains and much of the state. Temperatures in tiny Kim could hit the 70s by the weekend, while Colorado Springs could hit the 60s before rain showers roll in Sunday night.