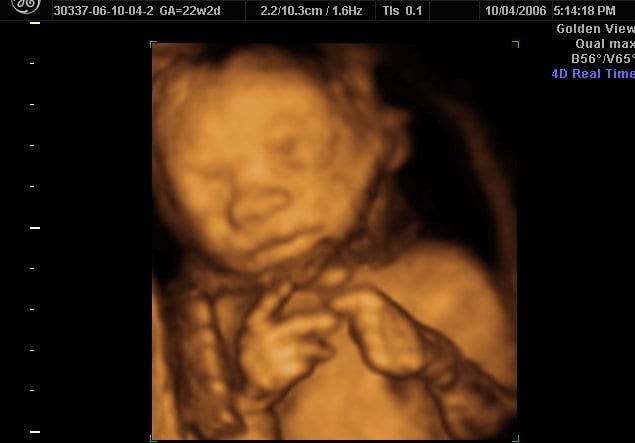 A Colorado ballot measure to ban late-term abortions gained the support of more than 130 doctors and scientists last week in an open letter.

The group of professionals said the evidence is clear that late-term unborn babies are unique, living human beings who deserve protection, and Proposition 115 would provide that to unborn babies in Colorado, according to the Catholic News Agency.

“As healthcare professionals we are totally aware of the science of human development. The humanity of a 22-week fetus is apparent to each of us. There can be no doubt that the 22-week fetus is fully alive and fully human,” the letter states.

Colorado is one of only a few states that allows unborn babies to be aborted for any reason without limits, and late-term abortionists there openly advertise abortions in the third trimester.

In November, Coloradans will have the opportunity to approve Proposition 115 and prohibit abortions after 22 weeks of pregnancy throughout the state.

The doctors and scientists said unborn babies at 22 weeks experience pain, react to touch and show a preference for their mother’s voice. At 22 weeks, some unborn babies even undergo surgery and are treated as a second patient along with the mother, they continued.

“Therefore, they should be treated as individuals by Colorado law,” they said.

HELP LIFENEWS SAVE BABIES FROM ABORTION! Please help LifeNews.com with a donation!

“With advances in medical science, it has become obvious that the fetus is much more than ‘just pregnancy tissue’, as some would claim. There can be no equivocation that the fetus is a living, learning and actively participating human being,” they wrote. “Every one of these lives has inherent value and dignity. They deserve to be embraced and protected by the citizens of Colorado, as equal members of our society.”

The doctors and scientists said women in difficult circumstances deserve information and support, including pregnancy, parenting and adoption resources as well as perinatal hospice care when their unborn baby is diagnosed with a fatal condition, according to the report.

The ballot measure has the potential to save hundreds of babies’ lives every year. Colorado reported 171 abortions at 21 weeks or later in 2019, according to the Colorado Department of Public Health and Environment. However, a department official admitted that the number is almost certainly an under-count.

It is likely that most of the late-term abortions were on viable, healthy unborn babies with healthy mothers. Abortion lobbyists admit that most late-term abortions are done on healthy mothers carrying healthy babies. Research by the pro-abortion Guttmacher Institute also admits that “most women seeking later terminations are not doing so for reasons of fetal anomaly or life endangerment.”

Pro-life advocates are rallying support for the proposition through the “End Birthday Abortions” campaign. They estimate at least 300 viable, late-term babies are aborted in Colorado every year.

Colorado is very liberal politically, and pro-life advocates have had a difficult time passing moderate abortion restrictions there. Even fetal homicide laws to punish criminals who kill unborn babies in situations unrelated to abortion have been rejected repeatedly by the state legislature.

However, a 22-week abortion limit could gain the support of moderate voters who do not think abortions should be outlawed but do support modest restrictions. Polls consistently show that most Americans oppose late-term abortions after a baby is viable.