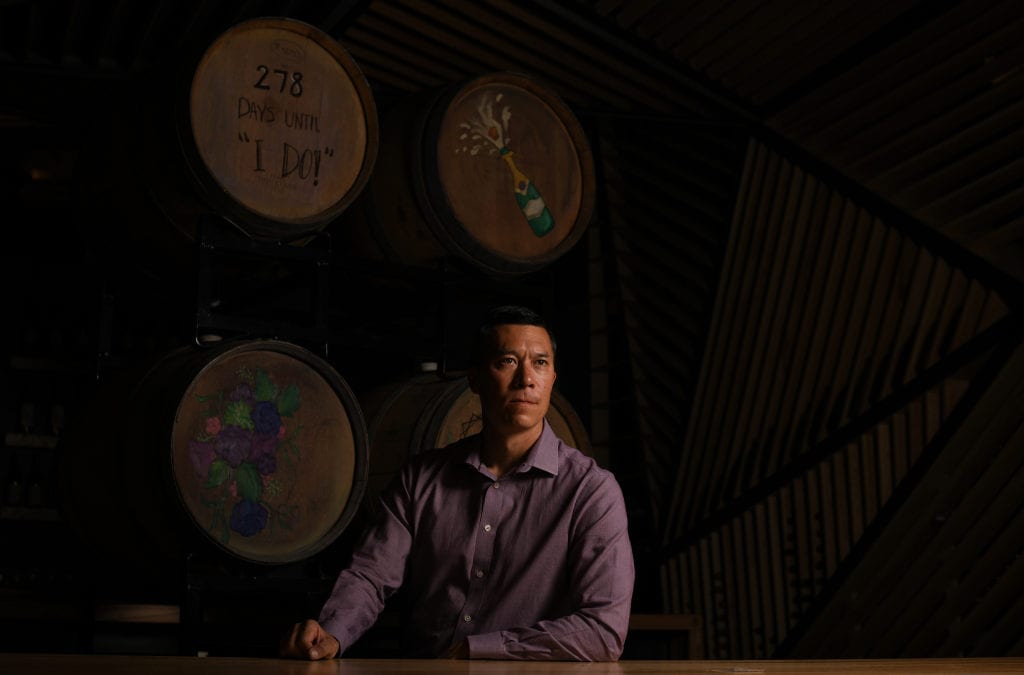 James Blanchard had just reopened his Denver winery this summer after being shut down for months because of COVID-19 when he got hit with a different kind of challenge — a surprise lawsuit alleging the website for his family business violated the Americans with Disabilities Act.

The lawsuit said David Katt, a resident of Douglas County who is blind, couldn’t use the downtown winery’s website because it was not compatible with screen-reading programs that allow people who are visually impaired to navigate online.

“We were caught out of the blue by this lawsuit,” Blanchard said. “There was no advanced warning, no contact, no communication from the plaintiff or their attorneys, it was just served on the front door of my apartment.”

Now he’s facing a potentially expensive legal fight at a time when sales at his 2-year-old Denver winery are down 30% because of the coronavirus — and he’s not the only one. The same Douglas County man, represented by a New Jersey law firm, has filed 52 nearly identical lawsuits against companies operating in Colorado since December.

From banks to mattress manufacturers to marijuana dispensaries, all sorts of businesses are facing lawsuits from Katt over their websites’ ADA compliance in what some attorneys say is a predatory pattern designed to push businesses into agreeing to quick cash settlements in order to close cases without racking up big legal bills.

“Plaintiff is not a bona fide patron, but a serial plaintiff who filed this lawsuit to try and extort a monetary settlement,” attorney Alice Conway Powers wrote in response to one of Katt’s lawsuits, in defense of an eyeglass shop.

Katt could not be located by The Denver Post, and his attorney, Ari Marcus of the law firm Marcus and Zelman, did not return multiple requests for comment.

Such “drive-by” or “click-by” lawsuits over the ADA are a growing trend, disability advocates say, and while the lawsuits can highlight real problems — it is difficult for visually-impaired people to navigate many websites — they’re often ineffective at generating widespread change and create backlash against people with disabilities who are bringing more legitimate ADA claims.

“It gives a black eye to those of us who have been working in this profession for many years and who have gained and garnered the respect of the court because they know we don’t do that sort of thing,” said Kevin Williams, legal director at Colorado Cross-Disability Coalition, an organization that advocates for disability rights.

Lawsuits are a critical tool for people with disabilities to force companies to comply with the ADA, said Scott LaBarre, a Denver attorney who is blind and serves as the Colorado president of the National Federation of the Blind.

With so much of life moving online, the vast majority of websites still work poorly for visually-impaired people, he said, even though there is growing legal consensus that websites are places of public accommodation that must comply with the ADA. Federal regulations that would have made it clear that websites need to comply with the 30-year-old law were proposed under the Obama administration, he said, but stalled when President Donald Trump took office.

“I deal with it so often, where I’ll be doing something (online) and get frustrated and I’ll just call my assistant and say, ‘Will you just buy this damn ticket for me?’ or I’ll grab one of my kids and say, ‘Hey, what the hell is this button here? It’s not telling me what it is, do I need to push this?’”

But LaBarre considers lawsuits to be a last resort, he said, and when filing one, he generally tries to focus on large companies with wide impacts, like Amazon or Target, or scenarios that will set clear precedent for others to follow.

“We’re very careful about the cases we help support, the cases we bring, because what we’re after is systematic change,” he said. “And not just quick solutions. We go to great lengths in attempting to negotiate with entities before we actually file the lawsuit.”

It’s not illegal to blast out numerous lawsuits, and it’s not unreasonable to believe that one person could visit 50 or more inaccessible websites, Williams said.

“Thirty years after the ADA, anytime I leave my house — I use a wheelchair — I’ve got 30 lawsuits by the time I get to work,” he said. “There are 30 things out of compliance between here and there every single day.”

But he said its difficult to judge whether “drive-by” lawsuits actually improve the world for people with disabilities.

“I look very suspiciously at these kinds of cases,” Williams said. “But I always have to stop and say that if they really are making change, hats off to them. It’s about time people started doing what they’re supposed to do.”

In the cases Katt filed, several were quickly settled with agreements not detailed in court records. Those types of settlements often include cash payments from the defendant to the plaintiff, and it is often cheaper for the business to agree to a settlement than to fight the case in court, attorneys said.

Blanchard, a U.S. Air Force veteran who himself is disabled, said he wants the winery to completely comply with the ADA both online and in the physical world. The costs to do so vary. One company advertises a subscription service for businesses to increase their websites’ accessibility that ranges between $500 and $3,500 annually.

Blanchard hasn’t yet decided how to handle the lawsuit, which is pending in federal court.

“We’re a new, small family-owned business that is just trying to get through the back end of COVID and keep our employees going, keep them on payroll and keep the doors open,” he said. “…Getting hit with a potentially very expensive lawsuit over a small amount of e-commerce we do online could be potentially devastating for a company of our size.”