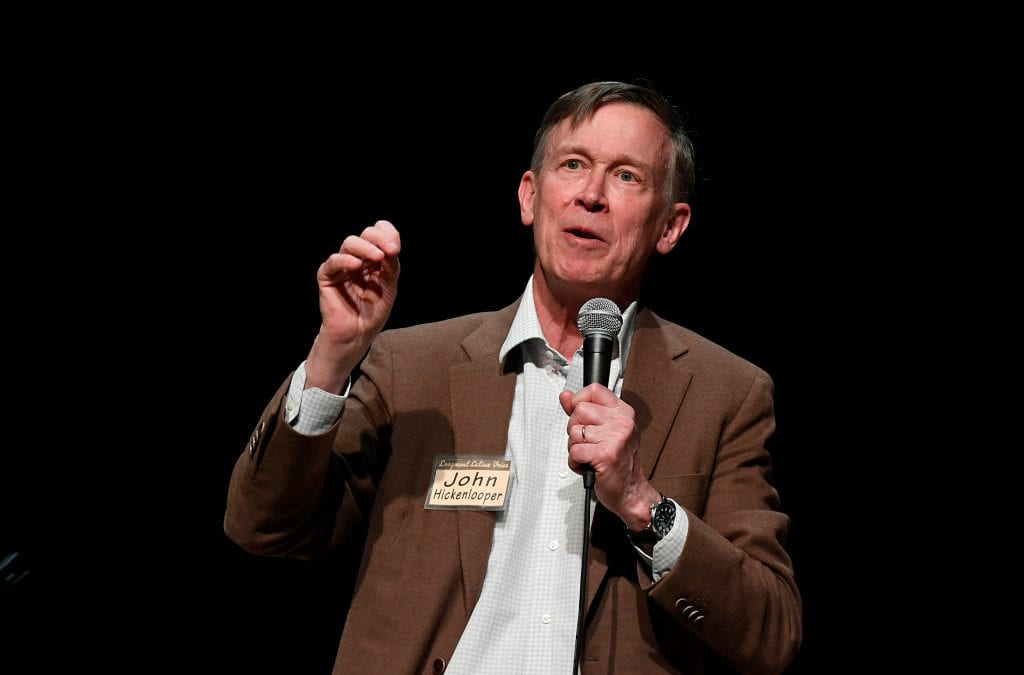 Colorado parents have no more logical fear than child suicide, the leading cause of death for state residents ages 10-24. During Suicide Prevention Week, which runs through Saturday, voters should assess which politicians have taken constructive steps to address this crisis.

From 2016 through 2018, teen suicide rose by 58% in Hickenlooper’s state. It was the highest increase among all 50 states, and most others weren’t even close. By the end of Hickenlooper’s tenure, the state lacked anything approaching resources adequate to address the crisis and save the lives of teens. And it wasn’t only a problem among the young. Overall suicide deaths rose in Colorado from 1,175 in 2017 to 1,287 in 2019, the year Hickenlooper left office.

Hickenlooper’s successor, Democratic Gov. Jared Polis, went to work on the problem. Within four months of taking office, he signed Senate Bill 195 to create the Office of Children and Youth Behavioral Health Policy Coordination. He signed House Bill 1269 to improve insurance coverage of behavioral health care. He signed House Bill 1120 to lower from 15 to 12 the age at which a person may independently seek mental health care.

After a year of remedial state action to address our neglected mental health care system, Colorado’s suicide rate declined by 40% in the first two months of 2020. If not provably causational, it is a remarkable correlation.

The national suicide hotline is 10 digits. A person in peril has to look it up, during critical moments of despair, and punch it in. It’s a frustrating ordeal no one needs while questioning whether life is worth living. Because of Gardner’s hotline bill, within two years the country will have a nationwide 9-8-8 suicide and mental health crisis hotline. People can easily remember the number and use it when seconds count during a state of personal crisis.

The 9-8-8 bill makes up only one component of a long list of Gardner’s actions to end the suicide nightmare. The senator used his annual Colorado Farm Tour to host a roundtable about rural mental health care. He has worked to destigmatize mental illness during visits to college campuses. He requested $80 million in additional federal funds to address mental health issues related to the COVID-19 pandemic. The list could go on detailing how Gardner has used his position to address the tragedy of suicide.

Gardner, Polis, Congress and the Legislature — along with Colorado businesses and nonprofit leaders — have proven that society can take practical measures to reduce the suicide rate among children and adults. We can save lives by paying attention, reaching out, and providing care and concern to those who suffer.

Let’s make Suicide Prevention Week more than seven days on a calendar. Let’s use this occasion to commit ourselves to help those in need. Meanwhile, let’s make suicide prevention a central issue in candidate campaigns. As politicians ask for our votes, insist they explain what they have done and will do to end the suicide crisis.