Opinion | No Stimulus Without Election Protection – The New York Times 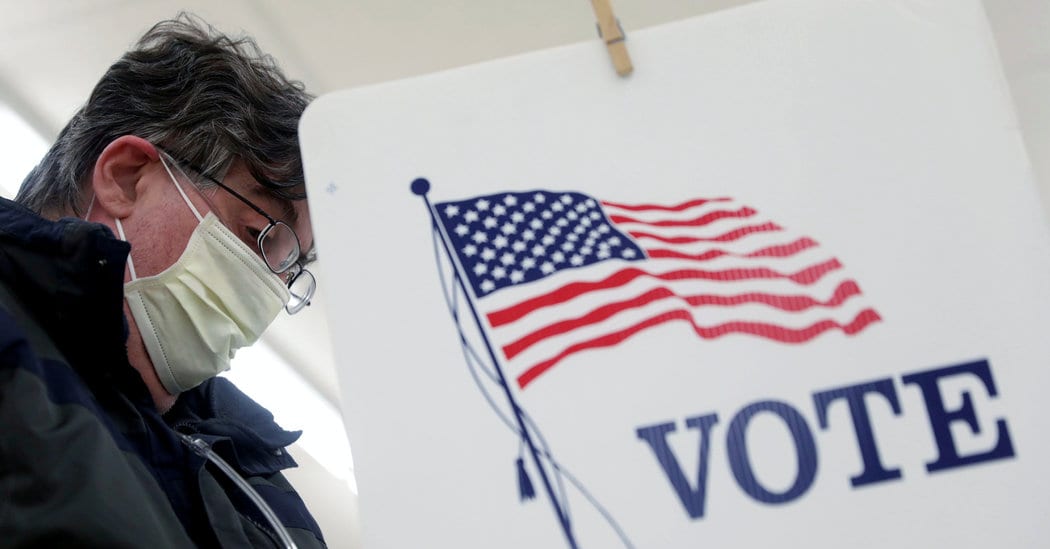 Here’s what Democrats can do: Refuse to pass any big stimulus bill unless it includes provisions to ensure that the country can hold a presidential election this fall. That may sound like bare-knuckle politics, but preserving democracy calls for toughness.

Richard Hasen, an election law expert at the University of California, Irvine, put it well in a message to me on Tuesday:

Election bills are notoriously hard to get through Congress. And we don’t know when Congress will be able to meet again. The only way a congressionally mandated expansion of [voting access] for November’s elections is going to pass is if it is folded into one of the existing coronavirus bills needed to keep this country going during the crisis.

On Twitter, Stephen Wolf of Daily Kos Election made a historical analogy:

Fighting coronavirus will take war-like mobilization of govt resources. But even during the Civil War & WWII, we still held elections. It’s essential that Congress mandate & provide funding for every state to adopt universal vote-by-mail so we don’t have a political crisis too.

The basics of a bill to protect the 2020 election are straightforward. It should require every state to allow both early voting (with drop-off ballots) and voting by mail, and it should include federal funding for a rapid switch to those systems in the coming months. About 30 states already allow something known as “no-excuse absentee voting,” which is essentially early voting. Another five states — Colorado, Hawaii, Oregon, Utah and Washington — conduct elections largely or entirely by mail.

Both systems work well, removing many of the hassles, like long waits in line, that can keep Americans from voting. Mail voting has been especially successful at increasing turnout, as I explained in a 2018 column. During a pandemic, voting by mail and early voting have the crucial added benefit of allowing people to cast a ballot with minimal human contact.

It’s true that there is one downside to early voting: The possibility that new information will emerge in the final few days of a campaign, after some people have already voted. But this downside is quite modest during a general election in our highly polarized country. Not many people will be changing their mind in the final few days. And during a national crisis, there are not perfect solutions to every problem.

Senators Amy Klobuchar and Ron Wyden, both Democrats, have written a good starting-point bill. It would require all states to hold at least 20 days of early voting, as well as to allow anybody to request a mail-in ballot. The federal government would pay for the changeover, which would probably cost around $1 billion, relatively little compared with other emergency bills now being discussed.