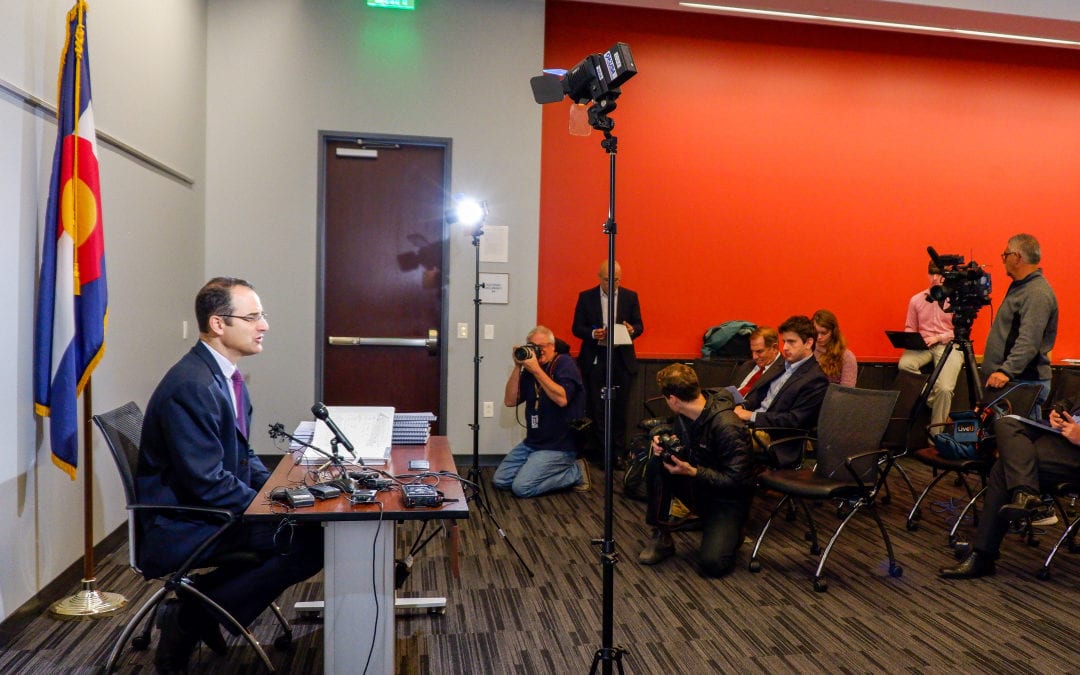 Growing up in the Catholic faith, several guiding principles were instilled in me, including the sanctity of human life and dignity, that our humanity is measured by the compassion we show the poor and our most vulnerable, and that regardless of our differences, we are all God’s children.

And of course, and perhaps most fundamentally, to trust in God, his plans, and in his holy church.

Like so many in my community, I was horrified by the recent follow-up report in December from Colorado Attorney General Phil Weiser about the systemic abuse of children in the state by Catholic clergy, following an earlier report issued in 2019. The two reports say 212 Colorado children were sexually abused by 52 priests from 1950 onward.

The reports say that in many cases, Colorado Catholic Church officials were warned about these abusive priests but took little or no action against them to prevent further abuse.

One of the priests named in the new report was a well-known figure in my hometown of Pueblo. The searing pain of this betrayal is intensely personal for anyone in the Catholic Church, but particularly for those of us that continue to practice our faith here in the Home of Heroes.

In a Nov. 30, 2020, letter to the Denver Archdiocese, Archbishop Samuel Aquila seemed to me to be downplaying the report when he said that “over 85% of the incidents occurred more than 40 years ago … and none of the substantiated incidents occurred in the last 20 years. There are also no substantiated allegations against any current priest in active ministry.”

With this insidious betrayal of so many children, and the institution itself, the Colorado Catholic Church has, in my view, broken the most sacred trust for our faith community and ceded its moral authority over many issues.

This dialogue about the need for a moral reckoning and accountability within the church should also be the catalyst for examining other areas in which it presumes moral authority, including health care.

The irony of a system governed by Catholicism denying its patients the dignity of deciding what health care is right for them is not lost on me. Compassion should be a matter of deeds, not just words.

It is also worth mentioning that there is also a comparatively limited scope of practice for women’s reproductive health care within these Catholic hospitals. Perhaps most critically, there is limited access to services such as a tubal ligation after a Cesarean birth, pregnancy prevention, and of course, any abortion care.

I believe that a culture of silence, judgment and shame around human sexuality fostered the conditions that allowed for so many lives to be destroyed by abuse — the same silence and avoidance that is righteous about birth control and abortion but suppresses medical information and access to care.

There is a mismatch of values here, evident in a Dec. 14, 2020, letter from Colorado’s Catholic bishops on whether church members should forgo one of the COVID-19 vaccines.

While the bishops’ letter did say that the use of U.S.-approved vaccines developed by Pfizer and Moderna “is morally acceptable,” it also said that “vaccines such as [one developed by] AstraZeneca-Oxford use aborted fetal lines in design, development, production, and testing, and therefore are not a morally valid option.” (The AstraZeneca vaccine is in use in the United Kingdom and several other nations but has not been approved yet in the U.S.)

The Vatican a week later issued a clarifying statement, calling it “morally acceptable to receive COVID-19 vaccines that have used cell lines from aborted fetuses” when other vaccines aren’t available. But the fact that this was even an issue would appear to contradict the church’s pronouncements affirming a “culture of life.”

Health care decisions of any kind are intensely personal decisions about what’s best for ourselves. Colorado’s Catholic leadership needs to take a moral inventory of where it stands, as well as how it can atone for past and ongoing wrongs, before telling so many Catholic women like me how to make these health-care decisions.

Bri Buentello of Pueblo, a former special education teacher, represented Colorado’s 47th District in the state House of Representatives from 2019 to 2021.