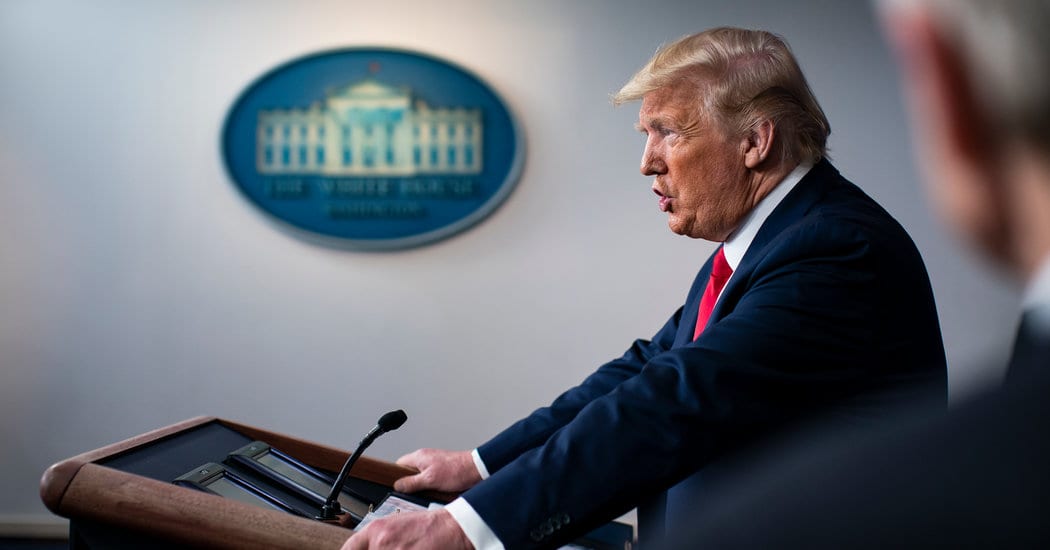 If you spend any time talking with doctors, nurses and other front-line workers, you will hear how badly they need these supplies. You will also hear them explain, sometimes in tears, that the lack of supplies will have deadly consequences. Patients will die needlessly, and so will doctors and nurses.

Esther Choo, an emergency-room doctor in Oregon, started an online campaign called #GetMePPE (which refers to personal protective equipment), and it’s led to an outpouring of anguished stories. Vidya Kumar Ramanathan, a Michigan doctor, has had to reuse the same mask all day, which makes it impossible to cleanse herself of the virus while working. Jessica Varga, a New York-area anesthesiologist, had to buy her own eye protection on Amazon. Amy Silverman, a Colorado nurse, says some of her colleagues have used the same mask for weeks.

The federal government has lamely suggested that doctors and nurses use bandanas or scarves to shield their faces “as a last resort” — even though those items may not offer protection. It’s a far cry from the can-do spirit of 1940.

Some private companies, to their credit, are increasing production of medical equipment. But it’s not happening quickly enough. It’s also not happening in any organized way: Caregivers have had to create Google spreadsheets to do their best to match supplies and need. The only way for a national mobilization to happen quickly and efficiently is with presidential leadership.

Instead, Trump has taken to the White House lectern to boast that he has invoked the 1950 Defense Production Act, which is technically true. He has then made vague and often incorrect claims about all the good it’s doing. On Sunday, he tweeted that Ford, G.M. and Tesla had “the go ahead” to make ventilators, a statement that appears to have little meaning. His advisers, in anonymous interviews, have admitted the truth: He doesn’t want to direct companies to produce medical supplies because doing so would violate the administration’s free-market economic views.

I want to emphasize that blaming Trump for the appearance of coronavirus would be deeply unfair. No matter who was president, the virus would likely have created a crisis, as it has in Europe.

But it’s also important to be clear about the responsibility that does fall on Trump. His months of denial — and his acceptance of the testing fiasco — meant that the United States failed to isolate people with the virus, as South Korea and Singapore did. His refusal to fix the medical-supply crisis means that the virus is unnecessarily spreading in hospitals and that Americans will unnecessarily die.