Opinion: As Biden orchestrates a response to climate change, Colorado can serve as a model 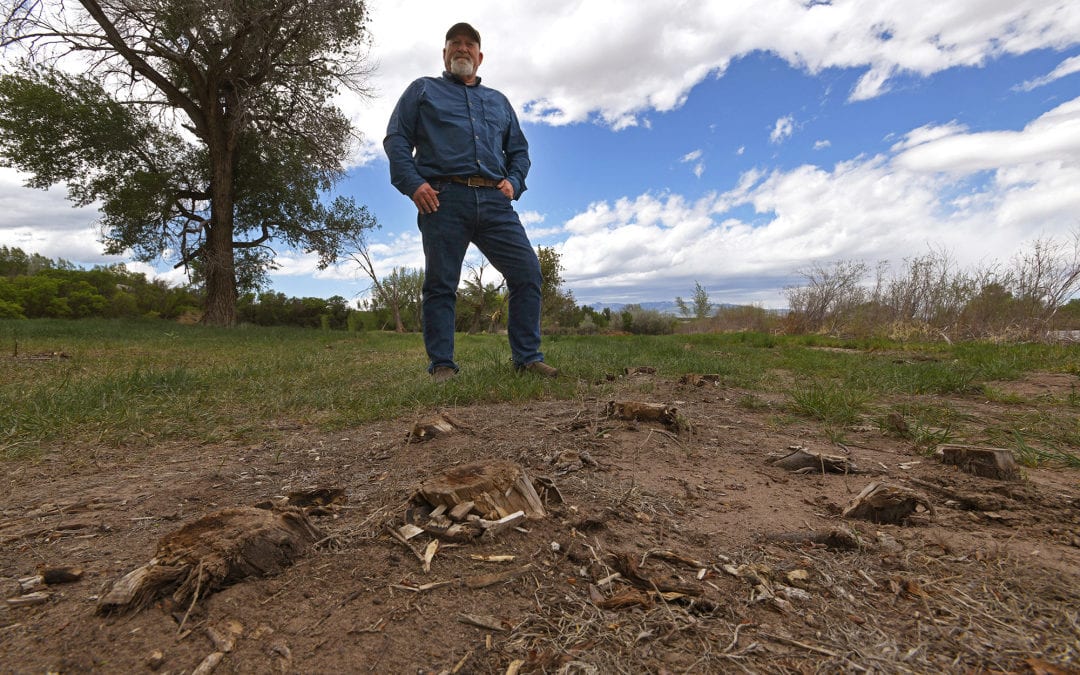 President Joe Biden’s executive order in February directing the federal government to create a Civilian Climate Corps marks the recognition of an existential threat we are facing on our planet.

In Colorado we are facing a new era of mega-fires, declining access to water, and other potentially devastating effects of climate change.  President Biden’s executive order correctly calls this a “profound climate crisis” and seeks to broadly address climate change by putting Americans to work “restoring public lands and waters, increasing reforestation, increasing carbon sequestration in the agricultural sector, protecting biodiversity, improving access to recreation, and addressing the changing climate.”

The reassuring news in this far-reaching emergency?  As our nation orchestrates its response, Colorado can serve as a model. Our state already is home to a community of powerful conservation service corps that are hard at work mitigating the effects of climate change across the state every year.

The Colorado Youth Corps Association, where I serve as executive director, is a coordinating body for the eight accredited corps in our state.

Colorado is facing an onslaught of natural disasters exacerbated by climate change, most often in the form of mega-fires. The 20 largest fires by acres in state history have all occurred since 2000 and the top three occurred just last year.

With only 4% of Colorado land located in the Wildland-Urban Interface, mostly along the Front Range, but 41% of the state’s population residing in these areas, fire poses a threat to our lives for the foreseeable future.

Conservation service corps are a proven strategy in protecting Coloradans from fire.  Despite pandemic challenges, Colorado corps still deployed more than 150 members on fire mitigation crews in 2020.  Their efforts helped to thin more than 32,000 trees, making forests healthier and reducing the threat of devastating fire.

With 20 years of experience in this work, the state’s corps have the capacity in place to execute landscape-scale interventions that will protect homes, lives, and our iconic public lands.

Colorado’s corps have their roots in the Great Depression-era Civilian Conservation Corps (CCC).  Like that storied program, our members are constructing bridges, planting trees, and conserving our public lands and waters.  Unlike the original CCC, which limited opportunities for people of color and did not include women, our corps programs focus on inclusion and strive to reflect Colorado’s diversity.

Utilizing Colorado’s corps to meet the vision of a national Civilian Climate Corps will not only protect our public land but also would provide jobs for thousands of young Coloradans suffering through this economic downturn.

In December, Colorado’s statewide unemployment rate reached 8.4% and the situation for youth and young adults is even more dire: The US Bureau of Labor Statistics reported an unemployment rate for 16-to-19-year olds of 16% at the end of 2020.

It is the mission of Colorado’s corps to tackle this issue head-on, not only by providing jobs but also through strategic workforce development training that ensure our graduates are on the path to sustainable economic independence.

Many of our members enroll in AmeriCorps in which participants perform community service and earn an Education Award to use for future tuition or to reduce their existing student loan debt.

We mentor our participants on corps-to-career pathways that lead to natural resource careers such as wildland firefighting.  We also provide paid internships with federal agencies as well as career readiness programs in high-demand careers such as healthcare, construction, and more.

Our message to the president and our national leadership is one of gratitude for being honest with the American public and elevating the climate crisis as a national priority.  We strongly believe that Colorado can build from strength, not from scratch.

Scott Segerstrom of Denver is the executive director of the Colorado Youth Corps Association, which promotes youth development and conservation.