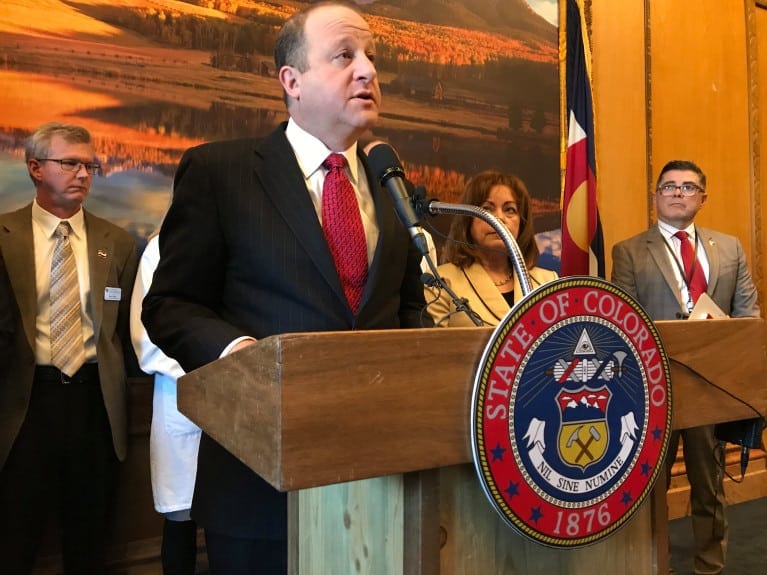 DILLON — The Colorado Department of Public Health and Environment on Sunday issued a statement asking residents and visitors of four mountain communities, including Summit County, to “minimize their contact with other people” in an effort to slow the spread of the new coronavirus, or COVID-19.

“Anyone who has been in Eagle, Summit, Pitkin or Gunnison counties in the past week should minimize all contact with other people, whether or not they are experiencing symptoms,” the statement said.

Those who are experiencing symptoms — including a cough, fever and shortness of breath — should call their health care provider and must be isolated for at least 10 days after the onset of symptoms, according to local health officials. People who are ill should leave isolation only after their symptoms improve and they don’t have a fever for 72 hours, without the help of fever-reducing medications.

Summit residents and visitors are asked to do the following, whether or not they are experiencing symptoms:

Health officials also urged people to continue to get outside — alone or with members of their household — for some fresh air and exercise while maintaining distance from other people.

As of Sunday afternoon, Summit County had only two of the state’s 131 positives cases, but 34 tests were pending, according to local health officials. One of those positive cases is a resident of Frisco and the other is an out-of-state visitor who is recovering in the Denver area.

Two of those 34 people being tested are employees at Silverthorne Recreation Center and Arapahoe Basin Ski Area, both of which are now closed. Those pending tests were reported Friday. The state lab is currently returning results in about 72 hours, but one local resident who is being tested said his wait time was even longer.

Currently, only those who are 60 and older or have underlying health conditions will be tested. Health care workers and first responders also will be tested, according to Summit County Public Health Director Amy Wineland.

All Summit County patients who are awaiting test results have been instructed to remain in self-isolation. Four have been hospitalized with severe symptoms, Wineland said. A total of eight tests have come back negative.

Health officials expect the outbreak to continue to grow rapidly, saying Friday that it is “just a matter of time before we confirm that there is community spread just as we are seeing in other communities across the state.”

In a statement Sunday, local health officials also reminded community members that even if they aren’t concerned about contracting the virus, it could be deadly to others:

“More than 80 percent of people infected by the novel coronavirus experience only mild symptoms. However, they can transmit it to high-risk individuals, who are older or have serious underlying health conditions such as cancer, lung disease or heart disease. For these high-risk individuals, COVID-19 can be life threatening, which is why we need to work together to protect one another.”

Wineland said the county would “formalize” its recommendation against gatherings of 50 or more people, which would put Summit County in line with nearby Eagle, Pitkin and Garfield counties to prohibit large events rather than recommend against them. That emergency alert went out to Summit County residents shortly before 8 p.m. Sunday.

Assistant Summit County Manager Sarah Vaine also asked people to refrain from calling 911 unless it is a true emergency.

“This is an unprecedented experience for us all,” Summit County Emergency Manager Brian Bovaird acknowledged Sunday.

Intervention efforts to limit the spread of the virus have increased on a daily basis, originally starting with a recommendation from the governor on Wednesday for people 60 and older, or with underlying health conditions, to avoid traveling to the High Country, where localized outbreaks in Eagle and Pitkin counties threatened to overwhelm health care services in those communities.

The statement appeared to blindside the ski industry, and resorts across the state sent messages to their customers committing to stay open during the busy spring break period.

On Saturday night, Polis issued an executive order directing the state’s nearly 30 ski areas to close for at least one week through March 22.

In a written statement, Polis called the decision “agonizing” and said he would “take solace in knowing that … we will be saving the lives of hundreds, perhaps thousands of Coloradans in the days and weeks ahead.”