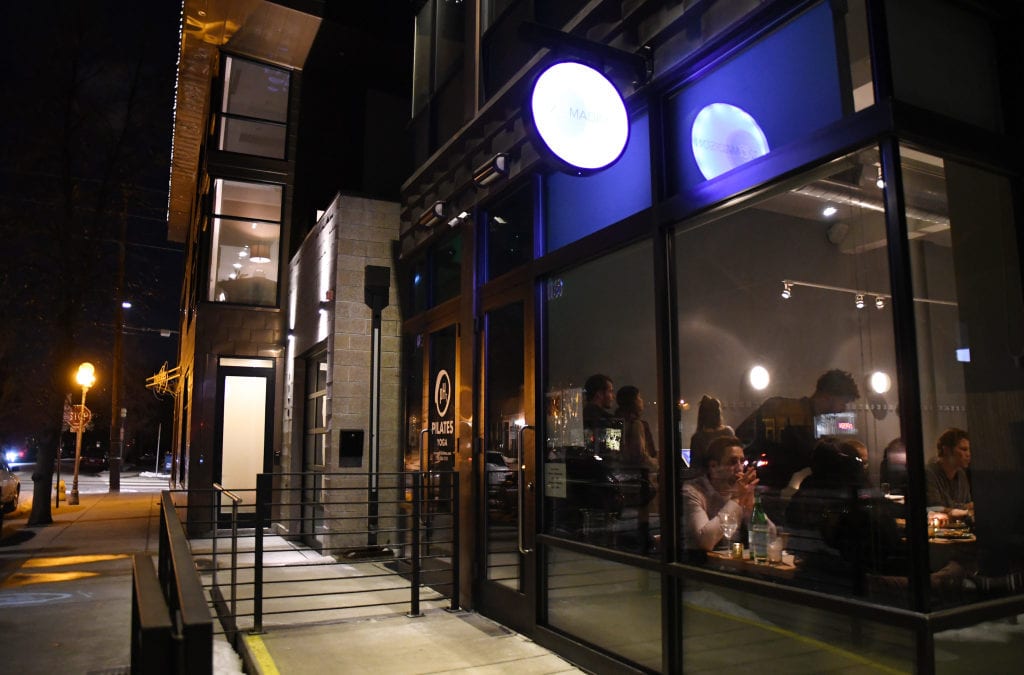 As restaurants begin to reopen for dine-in service this week, one thing will soon become apparent: which dining establishments aren’t coming back at all.

Congress Park’s 3-year-old 12@Madison is the latest to announce its closure following the 10-week coronavirus shutdown in Denver. The 40-seat restaurant was too small to manage a reopening under the current guidelines, according to a release.

“It would be incredibly difficult to social distance appropriately in that space, even with the patio,” the release said. “12@Madison was designed as a restaurant that thrived on intimacy — from shared small plates to human interactions. That model is just not sustainable for the foreseeable future.”

12@Madison was owner Jeff Osaka’s second restaurant by the same name. The first 12 opened in 2008 in Denver and closed in 2014.

“Not that it’s worse or better, but closing a second time around is not good,” Osaka said. “I know we could have tried — the new buzzword is pivot — but I think it would have lost its integrity as a restaurant.”

As restaurant owners contemplate what formats and models will be sustainable moving forward, they are relying on options like expanded outdoor seating, continued alcohol delivery and takeout and the start of reservation-only dining rooms.

They’re also adjusting menus to customers’ tastes during a lasting pandemic and hoping that the public still wants to dine out, now or eventually.

Across town, Frank Bonanno will reopen his flagship fine dining restaurant, Mizuna, on Friday, but he’ll only be able to seat 16 people a night following the new state and city guidelines of 50% indoor capacity and six feet between tables. To make the numbers work for him and his staff, he’s offering a 3-course $95 tasting menu and nothing else.

“You’re essentially, you’re paying for your table for the night,” Bonanno said. “Restaurants, and I’m guilty of this, we’re going to try to churn you out as fast as possible … so let’s go the opposite way and make it as safe and as nice a dining experience as you’re used to. Maybe this is the time to do that and give people the chance to have a really high-end experience with as little contact as possible.”

Whether or not people still want a high-end dining experience remains to be seen at a time when more than 550,000 Coloradans are applying for unemployment.

“It’s a big gamble,” Bonanno said. “Hopefully there are people that want to have a true dining experience still.”

Upon closing 12, a small-plates restaurant that would be considered upscale to many diners, Osaka said he wonders if “maybe the playing field should be a little more equal when it comes to food.”

“What may end up being left (after coronavirus) is your quick-service or fast food, or a lot of people with deep pockets, your multi-unit operations,” he said. “And unfortunately the landscape is going to be a little homogenous or a little bland, I fear.”

Even as his own restaurant is closing, Osaka is more worried for the family-owned, international restaurants, and owners who are first-generation, for whom English is a second language.

“I think it’s going to be a make or break for that sector as well,” he said. “It’s tough because you’re calling me, and I appreciate it. But who’s calling them?”