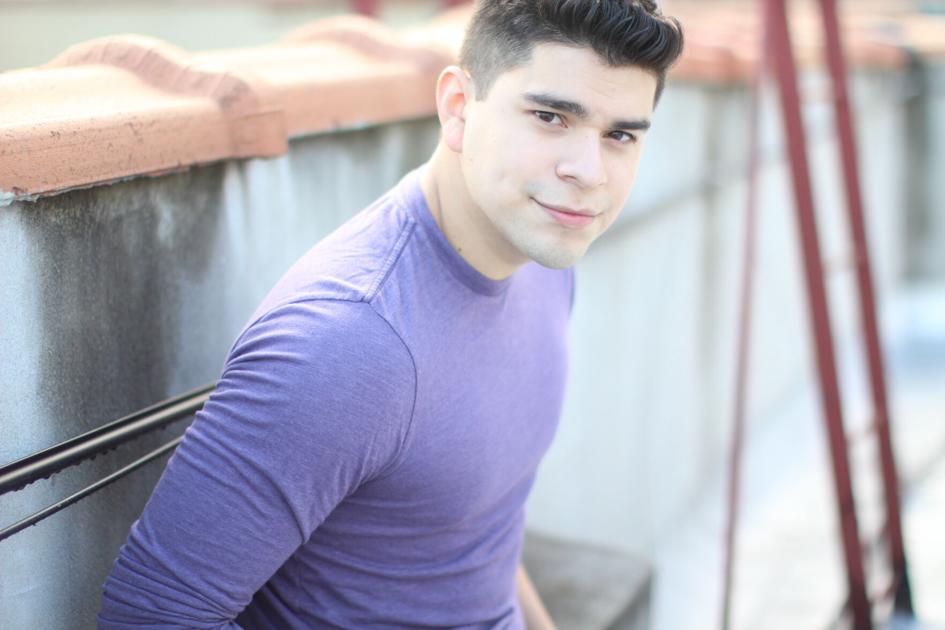 Brian Quijada asked his teacher one simple question in third grade. Her answer set off a bomb in his young world.

During a lesson on civil rights and Rosa Parks the curious 8-year-old Latinx student wanted to know: “Where did we (Latinos) sit on the bus?”

His teacher’s reply? “Oh. They weren’t around.”

“That made me go home and ask a lot more questions,” Quijada said. “In that moment I distinctly remember curiosity beyond anything I’d felt before. How did we get here? Where do I fit in this world?”

His question morphed into the one-person hip-hop show “Where Did We Sit on the Bus?,” in which he blends looped rhythms, rap, songs, poems and spoken word pieces to tell his coming of age story and explore his cultural identity. It opens Thursday on the outdoor stage at Colorado Springs Fine Arts Center at Colorado College, and runs through Aug. 22.

“It’s not like a 90-minute show about politics and integration,” Quijada said. “It’s just the story of a kid growing up. But you can’t separate the two. We’re talking about immigration, and inherently, it becomes a political piece. I didn’t have that intention when I first started writing it. But it brings on raw emotions about what’s going on in this country.”

Springs audiences won’t see Quijada in the role, however. A couple of years ago, he decided to take a step back from the show. Theaters were still interested, however, so he decided to build the show around a different actor. Enter Chicago-based performer Satya Jnani Chavez. It’s still the same play with the same themes that asks the same questions, but Chavez adds a new dimension.

“It’s a little girl at the heart of the show,” said Matt Dickson, who’s directing the Springs show. Quijada will act as music director for the show. “It’s still very much Brian’s show, but now it feels like an amalgamation. It’s finding the balance between her and Brian playing it. She’s so talented and her energy is so infectious.”

Quijada, who grew up in Chicago, is the child of immigrants from El Salvador who crossed the border into the U.S. undocumented. The family lived in a trailer park in Glenview in the Chicago area before moving to a suburb of Highwood, where Quijada wound up attending predominantly white schools and delved into spoken word poetry, writing about his culture.

After high school, he graduated from the University of Iowa and moved to New York City, where he hoped to become an actor.

While waiting for jobs to turn up, he got inspired to tell his own story, and started taking his poems and rap songs to Nuyorican Poets Café to test his material.

Eventually, he found a way to meld his creative outlets into a narrative about his life.

The show debuted in 2016, and he spent the next five or six years touring the show across the country.

“As I get older, I’ve begun to care more about social issues,” Quijada said. “You’re like oh God, there’s so many problems that need fixing. It’s made me go into communities and speak to people I’d never have had a platform to talk to about these issues that are becoming more important to me, like immigration or racial equality.”