One of Ventura County’s recently converted FireHawks spotted in Colorado 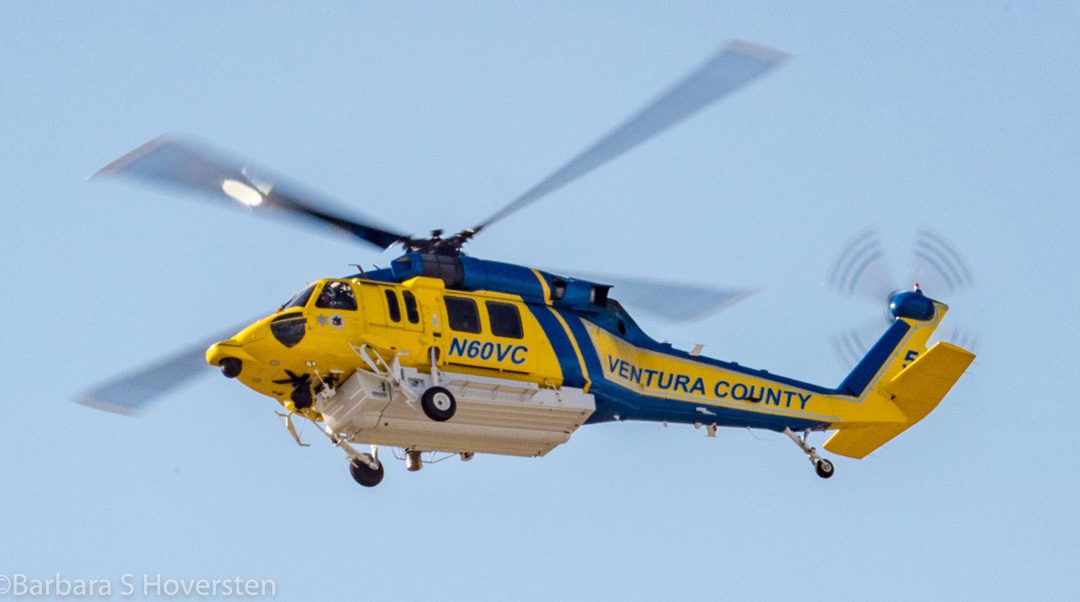 The Southern California county purchased three military HH-60L Blackhawk helicopters with the intention of converting them into FIREHAWKS that will be used for fighting wildland fires, personnel transport, search and rescue, law enforcement, and medical evacuation.

We have learned that when apparently completed FireHawks are seen flying around Centennial Airport, possibly on test flights, a delivery of the finished product to the owner is imminent.

Ventura County Battalion Chief Gary Monday told Fire Aviation in 2019 that heavy maintenance and minor modifications were completed on the aircraft at HSI Sikorsky in Huntsville, Alabama, then two of the helicopters were painted at the United Rotorcraft facility in Decatur, Texas. At least one of them was ferried to United Rotorcraft in Englewood, Colorado to receive navigation and communication systems, cabin interiors, and a 1,000 gallon external fixed water tank with a retractable snorkel system. The landing gear was replaced with higher gear to allow clearance for the installation of the belly tank.

The military had the three Blackhawks originally configured by United Rotorcraft as dedicated MEDEVAC helicopters with medical equipment and patient litter systems, some of which was to be repurposed in the new FIREHAWK configuration.

Ventura County has a joint Fire Department and Sheriff’s Department Aviation Unit. In addition to the FIREHAWKS, they have one Bell 206 Jet Ranger, one Bell 212 HP, one Bell 205B, and two UH-1A Hueys.