“One of the last of the Greatest Generation”: Colorado woman who volunteered for the Navy in World War II dies at 102 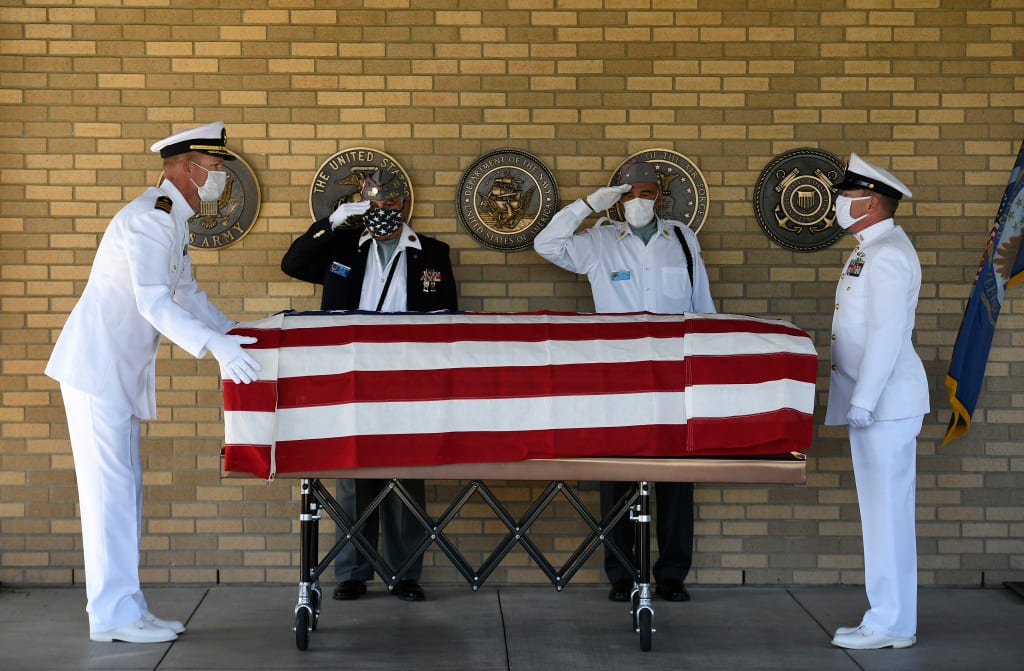 Rosanna H. Gravely was one of the last of her kind — a female World War II veteran — and on Monday she was buried in her uniform at Fort Logan National Cemetery after a short military funeral.

Four people sat on benches as a representative of American Legion Post 103 presided over a service that included a 21-gun salute and taps for the 102-year-old widow, who did not have children or grandchildren.

Two Navy members folded the American flag that draped Gravely’s casket and presented it to the couple who had become her adopted family in Colorado — Gayle and Pam Bechtold.

“She’s one of the last of the Greatest Generation,” Gayle Bechtold said after the service.

It’s difficult to determine whether there are other female World War II Naval veterans living in Colorado. But one thing military historians know is there are not many left anywhere.

Of the 350,000 women who served in the U.S. Armed Forces during the war, about 14,500 are alive, according to a May report from the Pew Research Center. And the U.S. Department of Veterans Affairs projected that of the estimated 300,000 American World War II veterans alive, about 245 would die daily between September 2019 and September 2020. That calculation was made before the novel coronavirus arrived on U.S. soil, the Pew report said.

Gravely died in her sleep on Sept. 17 after suffering from dementia for several years. She was born Feb. 14, 1918, in Camden, N.J., and survived the Spanish flu as an infant, according to her obituary. In 1943, she signed up for the Navy’s female reserve corps, known as Women Accepted for Voluntary Emergency Service, or WAVES. Most WAVES volunteers worked in clerical jobs to free men for combat duty.

“It was the high point of her life, unquestionably,” Gayle Bechtold said.

Gravely served in WAVES from March 1943 to December 1945 and in the Navy Reserves from March 1948 to January 1954, according to her citation with the Women in Military Service for America. During her time, she achieved the rank of yeoman first class while serving in Washington, D.C., Hawaii, San Francisco and Illinois.

Her stories included descriptions of being one of the few women on board a ship, the nervousness of being a young, petite woman supervising 50 other women in Hawaii and sailing on a hospital ship and seeing the wounded on board.

“She always told me, ‘If people could see what I saw on that ship, there wouldn’t be any more wars,’ ” Pam Bechtold said.

Gravely met her husband Robert, a Naval cartographer, while in Hawaii. They were married for 63 years before he died in 2017.

“I see World War II as a breakthrough for women but she never talked about it that way or used the word ‘feminist,’ ” Gayle Bechtold said. “She just did her job.”