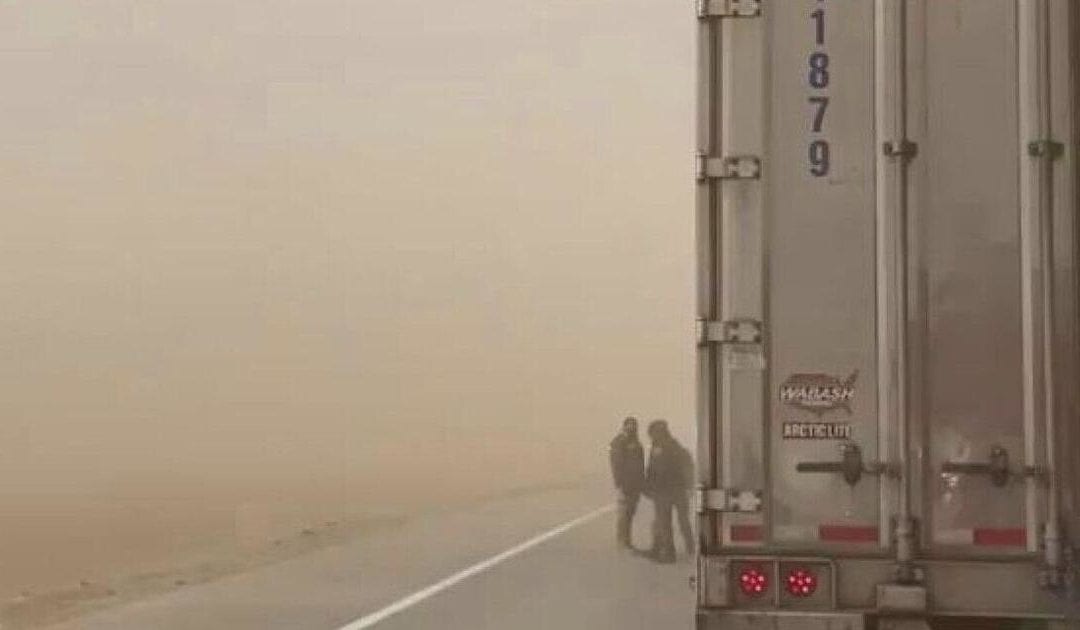 One person was killed and 20 others were injured in a major crash Friday amid “brownout conditions,” created by a dust storm whipping through Colorado.

According to the Colorado State Patrol (CSP), I-70 will remain closed from east of Denver at Airpark Road to the Kansas border (mile markers 292 to 449) for “an extended period of time,” Friday due to low visibility and multiple crashes.

UPDATE: I-70 is now fully open following the closure.

A public information officer from the CSP says a crash near Hugo resulted in one fatality and 20 other injuries. The cause of the fatal multi-injury crash remains under investigation.

Dust-blasting winds in eastern parts of the state Friday have shut down several other highways.

Hwy 40, 287 and I-70 are all closed. Do not travel if you are near these areas. #trafficalert #weatheralert pic.twitter.com/zV5bVBtdgu

The video below captured by the CSP shows wild winds whipping dust across Highway 40 just west of Kit Carson. Multiple crashes have been reported due to low visibility.

Hwy 40 west of Kit Carson is closed due to low visibility and crashes. pic.twitter.com/5eWLMJNpjQ

Here are the latest road closures reported by the Colorado Department of Transportation.

I-70 is closed from Airpark Road to Kansas (mile marker 292 to 449) due to multiple crashes and high winds causing poor visibility in the area.

US 287/40 is closed from mile marker 387 to 445 due to adverse weather and multiple crashes. Long delays are expected. Drivers are also being encouraged to seek alternate routes.

US 287 is also closed from Springfield to Kit Carson between mile markers 29-133.

A nearly 50-mile stretch of U.S Highway 285 is closed between mile markers 162 and 208 from Kenosha Pass to the Antero Junction due to the high winds and blowing snow causing poor visibility. Crews are still working to remove 3-foot snowdrifts from the highway.

Editor’s Note: Status of each roadway is subject to change throughout the day. See more info here.