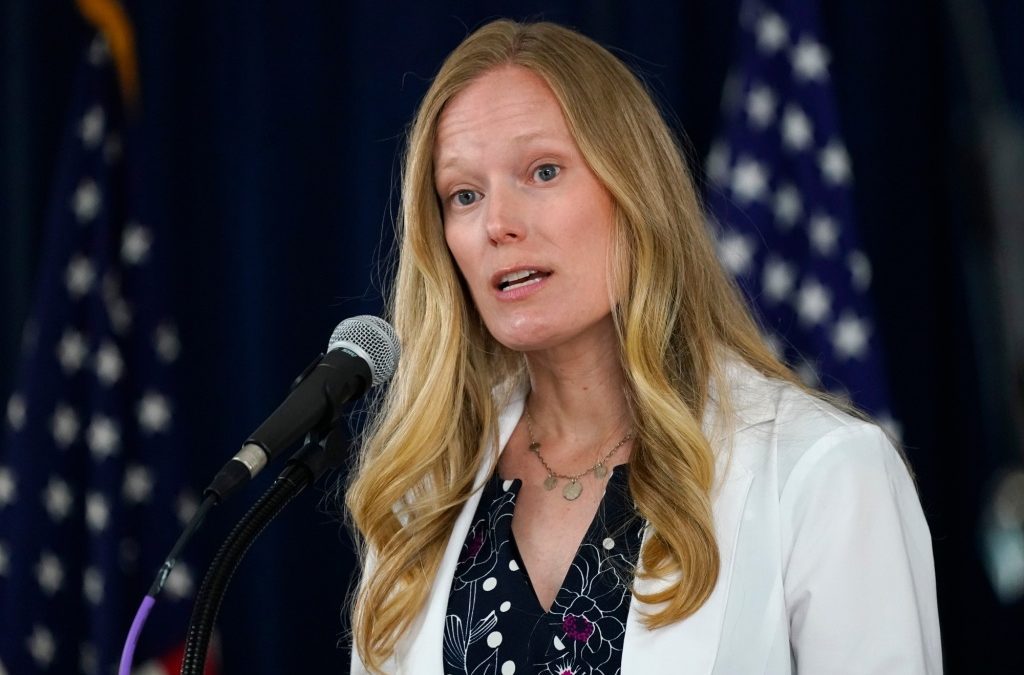 The new omicron variant is likely connected to about half of all new COVID-19 cases in Colorado as of this week, with mountain resort communities and Denver seeing surges in new infections, state public health officials said Wednesday.

Although omicron’s severity is not yet fully understood, the increase in case counts and the percentage of tests coming back positive — after several weeks of decline in Colorado — could be enough to increase hospitalizations significantly, state epidemiologist Rachel Herlihy said during a news briefing.

But until more data is available on severity, public health officials are unable to forecast what the need for hospital beds will look like, she said.

Omicron is more transmissible than the delta variant, which had been dominant in Colorado since summer, and other previous versions of the virus. Herlihy said close contacts to someone who has been infected by omicron are getting infected at almost double the rate seen with delta. The third dose of an mRNA vaccine — Pfizer or Moderna — offers the most protection, she said.

“Here in Colorado, we have now identified the key signature mutations of the omicron variant in all 21 of our wastewater systems that are participating in our detection system,” she said. “So at this point, we do believe that omicron is widespread across the state and there is likely local transmission occurring in many of our communities if not most now.”

Herlihy said the state is seeing vaccine breakthroughs and reinfections with the omicron variant, but she stressed that the highest risk of severe illness and death is still among those who are unvaccinated.

Hospitalizations are still declining, down to 1,026 people hospitalized with the virus across the state on Wednesday, COVID-19 incident commander Scott Bookman said, which will make a difference for hospitals as they prepare for what’s coming with omicron.

In an effort to curb the spread of COVID-19, local public health officials in Eagle County called an emergency meeting Wednesday to issue an order requiring residents and visitors to wear masks in all indoor public places across the county, including businesses, at least through Jan. 17.

Both Eagle and Summit counties reported dramatic increases in new COVID-19 infections, pointing to the new contagious variant as the likely cause.

Eagle County public health officials said in a news release that the county’s case count previously was about 300 cases per 100,000 people, but, as of Wednesday, that rose to more than 1,000 cases for every 100,000 people, the highest it’s been during the pandemic.

In Summit County, the cases Tuesday were double what they were just three days prior and 28 times the number reported Friday, according to a news release.

Local public health leaders encouraged businesses to require employees to get vaccinated and wear masks as well as screen employees’ symptoms and enforce sick-leave policies. Anyone who tests positive is asked to alert close contacts and to isolate.

In Denver County, the COVID-19 dashboard shows case numbers are up 30.4% compared to a week earlier, with a three-day lag time in data, according to the Denver Department of Public Health and Environment dashboard. Deaths and hospitalizations, however, are down. Denver also has an indoor mask mandate.

Contract tracing in the U.S. indicated that many of the early omicron cases came from other states or other countries, but Herlihy said at this point, public health officials believe the transmission is occurring within Colorado’s communities from person to person.

She said the recommendations public health leaders have been giving over the past two years — testing, gathering outdoors if possible, physically distancing, masking while indoors and trying to gather with only those who are vaccinated — are important, particularly during the holidays, to mitigate risks.