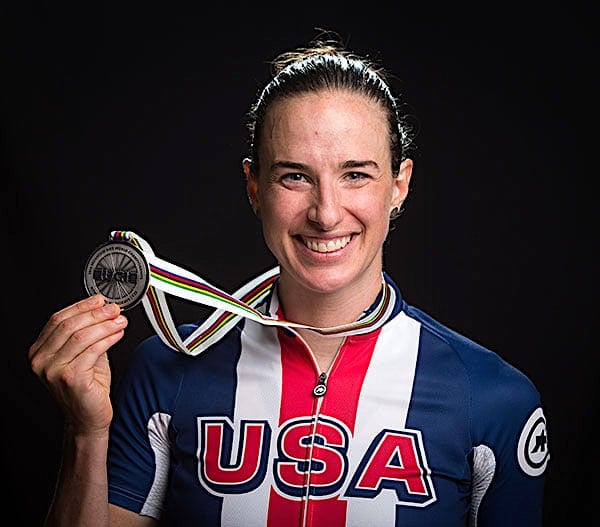 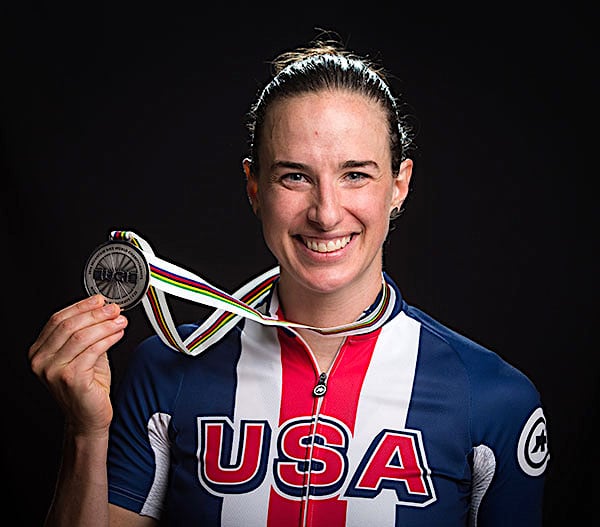 Sho-Air  announces the signings of Olympian and two-time World Championship medalist Lea Davison and U23 USA National Champion Savilia Blunk to the program’s mountain bike division. Sho-Air TWENTY20 has for many years housed talent in the mountain bike, gravel and adventure sectors, including multi-time Leadville Champion Larissa Connors who has been racing many years with the program. Davison and Blunk’s signings align with the recent announcement of the strengthened partnership with Sho-Air International which has been instrumental in building the mountain bike race calendar in the U.S.

“I am completely thrilled to lead the Sho-Air TWENTY20 mountain bike division; our goals align perfectly. I am working really hard towards the Tokyo 2020 Olympics; this team is centered on Olympic aspirations. With this synergy, I really believe that together we can do some amazing things,” commented Davison.  “Scott Tedro and Sho-Air has been instrumental in putting energy and life into high level mountain bike racing in the United States over the last decade.  I feel very grateful that Sho-Air and Team Twenty-20 is giving me the opportunity to get after my goals and high aspirations in the sport.  It’s extremely encouraging and motivating when someone really believes in you.”

Davison’s high performance history and her passion for getting more girls on bikes through Little Bellas, co-founded with her sister Sabra Davison and Angela Irvine aligns well with the TWENTY20 ethos of empowering girls and women through the sport.

“When long-time friend and colleague Julia Violich proposed the Mountain bike team project to me, I immediately recognized the exciting opportunity to get back to my roots. I was fortunate to have moved to the U.S in 1986 when mountain biking was still in its embryonic stages, racing for WTB and eventually Proflex. I experienced the meteoric rise of the sport well into the 90’s,” said Nicola Cranmer, General Manager, TWENTY20 Pro Cycling.

Mountain biking is seeing resurgence with the migration away from the road bike with increasing accessibility to trails and off-road paths. The NICA High School League and Little Bellas are incredible pipelines into mountain biking; these young riders are the future of the sport.

Blunk joins the program bringing her energy and goal-oriented passion to further development the mountain bike program at Sho-TWENTY20.  The California native has grown-up riding, entering her first race at 12 years of age.

“I’m so excited to be a part of the Sho-Air TWENTY20 Pro Team alongside one of my biggest role models in the sport. I’m incredibly lucky for the opportunity to grow with the inspiring women on this team and I can’t wait to be one of the first to represent Sho-Air TWENTY20 on dirt!” commented Blunk.

Sho-Air International’s Scott Tedro has a deep history in mountain biking. In 2008, Tedro added mountain bike races to his sponsorship portfolio, including the acclaimed U.S. Cups, boosting significantly the US domestic calendar. He has also supported numerous professional athletes and clubs and has had significant impact on the sport. 2019 marks the 10th year the U.S. Cup has provided UCI Olympic cross-country events for athletes.  These events represent the highest level of professional cross-country in the U.S., and offer athletes valuable points for World Cup and Olympic racing. 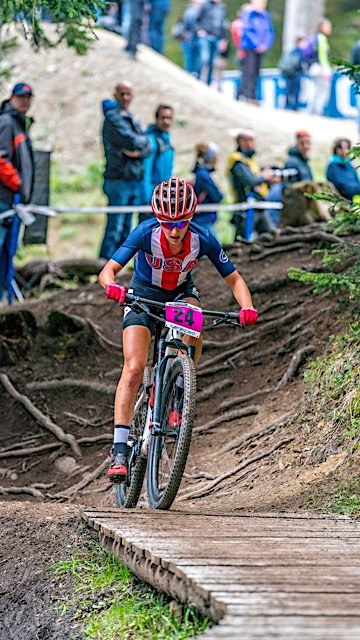 Headlining the mountain bike support is Sho-Air International, TWENTY20, Violich Farms and Louis Garneau, Colavita Cares, Praxis, Power2Max, DT Swiss and FELT Biclycles & Sram. The mountain bike division will also be riding Felt Bikes, which, with their distinguished and diverse line of bikes, is the ideal partner for a multi-dimensional program such as Sho-Air TWENTY20.

“It’s a great opportunity to ride Felt Bikes.  Felt is a part of the ski company, Rossignol.  I grew up downhill ski racing in Vermont, and Rossignol was my very first sponsor,” said Davison. “I had Olympic aspirations back then on skis, and I didn’t know at that time that two wheels would make my dreams come true.  Being able to ride a bike that is a part of my very first sponsor and where my original Olympic dream was born feels like things are truly coming full circle for me. I’m really riding the perfect World Cup race machine.”

Sho-Air International and Felt have been instrumental in the team’s high performance success, garnering five Olympic and Paralympic gold medals, five Olympic silver medals and 3 bronze, numerous world championship titles, countless world cup medals and national championship victories. They not only support the high performance of athletes but also have a clear mission to support the future of the sport. While our eyes are keenly focused on Tokyo 2020, the program is looking forward to continued expansion into multiple disciplines.

The athletes will kick off their season in early March in Puerto Rico, then head to the two US Cups, followed by the Sea Otter Classic. May takes the women to Europe for the UCI World Cup events in Germany, Czech Republic and Poland. The 2019 US Cup Series UCI races are March 16-17 at Bonelli Park and March 22-24 at Vail Lake.

Established in 1985, Sho-Air International proudly operates as a transportation and asset management company specializing in transportation of tradeshow and event material. The professionals at Sho-Air are logistics experts. We have an unbeaten delivery track record, around-the-clock availability, a worldwide network and special services to meet all of your event and asset management needs. As a premier and diversified forwarder, Sho-Air is uniquely capable of creating and executing a complete and customized package of service specific needs. For more on Sho-Air International.

When the team was formed in 2005, TWENTY12 had a definite goal of taking athletes to the 2012 London Olympics. London resulted in two Olympic medals; gold and silver, the only U.S.-based road program to achieve this. The team replicated its success with a gold and silver in the Rio 2016 Olympics. Youth cycling is an important component to the program, supporting 14 of the top juniors in the nation ranging in ages 11-18. These young women learn essential skills such as teamwork, sacrifice and commitment, which they can carry over to the workplace if a professional athletic career is not pursued. In 2011, TWENTY16 was the first American team to recruit a Para-Cycling athlete to the roster of a professional squad and is the only professional team to have an integrated junior program. After the success of TWENTY16 in Rio, the team is now focused on Tokyo 2020 with TWENTY20.

THERE ARE SO MANY WAYS TO GET MOUNTAIN BIKE ACTION

Mountain Bike Action is a monthly magazine devoted to all things mountain biking (yes, that’s 12 times a year because we never take a month off of mountain biking). It has been around since 1986 and we’re still having fun. Start a subscription by clicking here or calling (800) 767-0345.