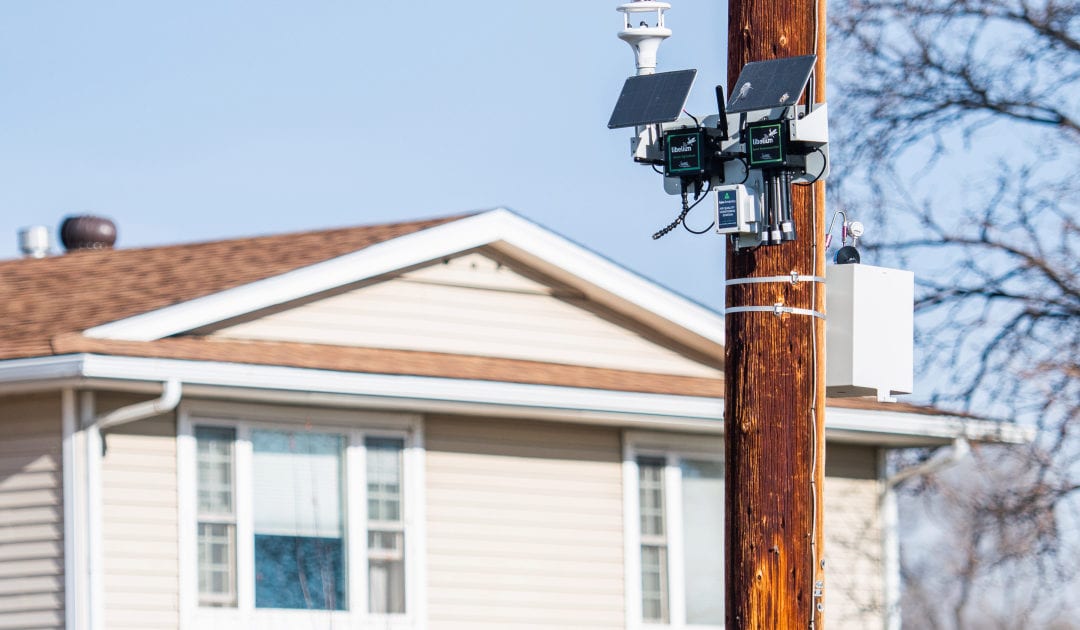 Oil and gas companies will have to control and monitor emissions from fracking and meet tighter emission-performance standards on the electric motors used at drill sites, under some first-in-the-nation rules passed Wednesday night by Colorado air quality regulators.

The new rules for the so-called pre-production phase of drilling are in addition to regulations the state’s Air Quality Control Commission (AQCC) last year issued to reduce emissions from oil and gas storage tanks, pipelines and low-producing wells.

Developed after extensive negotiations between the state Air Pollution Control Division and stakeholders, including industry and environmental groups, the regulations are part of an ongoing effort by the commission to tighten controls on oil and gas operations, a major source for ozone and greenhouse gas emissions.

For the most part, the rules drew praise from industry and local government although some reservations were expressed by environmental groups.

“We are grateful to Air Quality Control Commission staff for presenting largely feasible, practical improvements to Colorado’s air regulations, and to the Commission for ultimately adopting them as proposed.,” Lynn Granger, executive director of API-Colorado, a trade group, said in a statement.

Clear Creek County Commissioner George Marlin said in a statement that the AQCC action will mean that “local communities across Colorado’s West Slope and Front Range will be better protected from dangerous air pollution and from climate change.”

Marlin is also vice president of Colorado Communities for Climate Action, a coalition of 34 local governments across the state pushing for stronger state and federal climate policy.

The AQCC did not, however, adopt revisions urged by environmental and community groups, such as mandating uniform air emissions testing protocols and requiring, when feasible, only electric motors at drill sites.

“We continue to feel that giving more time for the division to develop a more fully baked rule would be more beneficial, but are willing to give this initial rule a chance,” Jeremy Nichols, climate and energy director for WildEarth Guardians, an environmental group, said in an email.

The AQCC also directed the state Air Pollution Control Division to look into and report back on several issues raised by the environmental and community groups.

The regulations require the control of flowback tank emissions. The tanks hold the fluids that come back out of wells during the hydraulic fracturing process, during which liquid is pumped under pressure to fracture rock to release oil and gas.

The flowback vessels must be covered and attached to a combustion device to flare fugitive emissions. Flaring gets rid of volatile organic chemicals which contribute to ozone pollution.

Each site must also have air quality monitoring from 10 days before work begins (the commissioners increased the time from the original three days) until six months after the well is completed.

One of the most contentious issues was how site emissions would be monitored. The rules leave it up to the driller to select the technology, emissions and the protocol for monitoring.

Each monitoring plan will have to be approved by the APDC. Local governments can review the plans in advance, but do not have a veto power over them.

In testimony before the commission last week, Matt Sura, an attorney representing Conservation Colorado and other environmental groups, said that permitting operators to choose the technologies and chemicals they will monitor is a “scattershot air quality approach.”

Commissioner Curtis Rueter, who is an executive with Noble Energy, pushed back against that characterization Wednesday, saying that air monitoring is an evolving field and that the aim of the rule was “technically innovative R&D” and not a comprehensive monitoring plan.

The commission agreed, but at the suggestion of Commissioner Jana Milford, a professor of environmental engineering at the University of Colorado, and with Rueter’s support, the requirement was added that one of the three pollutants – methane, benzene or volatile organic compounds – must be monitored.

The Air Pollution Control Division is to report back to the commission in 2022 on the results of the various monitoring programs with an eye to developing a standard requirement for pre-production monitoring.

The National Parks Conservation Association had pressed the commission to adopt a rule requiring the use of electric motors when feasible. The proposal was called unworkable by both the oil and gas industry and Xcel Energy, the state’s largest electricity provider.

Commissioner Charles Grobe, a former Tri-State Generation and Transmission Association executive, said that the parks group had failed to make a strong case for the proposal.

While not supporting the all-electric proposal, Commissioner Elise Jones, a Boulder County commissioner, said the state will not meet its greenhouse gas reduction targets “without embracing electrification in a really big way.”

The commission meeting was held on Zoom.

The new rules tighten emissions on engines of 1,000 horsepower or more. At drill sites such engines are used to pump fracking fluid and collect oil and gas. Pipeline companies use engines at storage facilities and to move oil and gas through interstate pipelines.

The regulations will require higher performance standards for new engines and the retrofit of at least 223 engines operating in the state.

The rule, however, reduces emissions of nitrogen oxides (NOx) by just 2,400 tons a year, 1.5% of the state’s total NOx emissions and 10% of NOx emitted by stationary engines, Milford said.  NOx contributes to ozone.

The rule is “a great start,” said Commissioner Tony Williams, a federal program officer with the U.S. Postal Service, but moving forward the AQCC will have to look at smaller engines, which are actually a bigger source of NOx. Engines of less than 100 horsepower generate about 30% of the state’s NOx, he said.

Another regulation adopted would tighten the level of emissions that must be controlled at injection wells, used to store the oil-laden waste waters from drilling sites, and require periodic sampling.