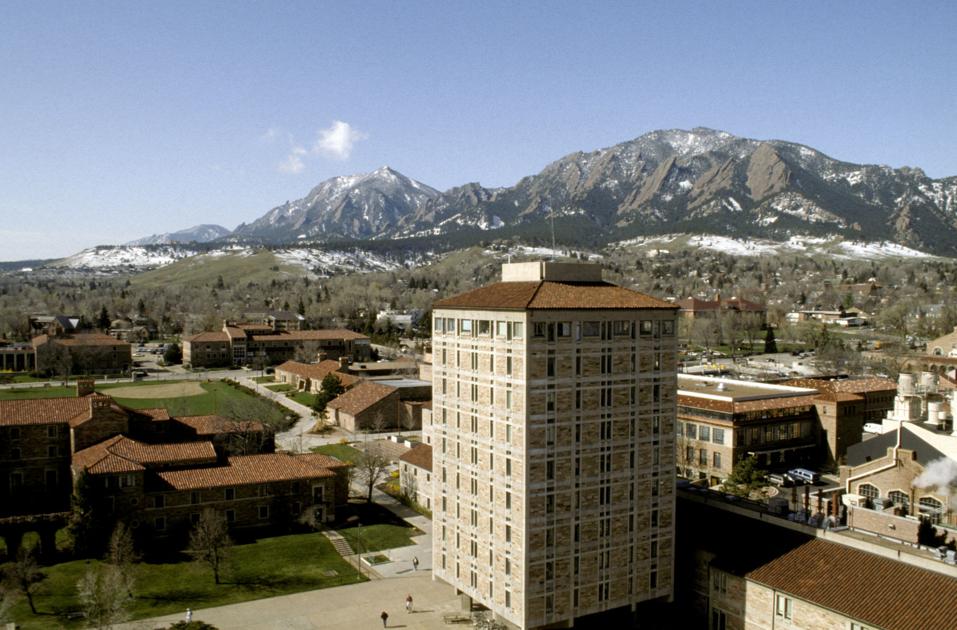 BOULDER, Colo. (AP) — Violence and destruction broke out as officers worked to break up a party involving hundreds of people near the University of Colorado Boulder on Saturday, police said.

Here’s video that appears to show college students in Boulder flipping over a car in the middle of a massive party with more than 1,000 people. Boulder PD says SWAT was called in to try and break up the party. Street is still covered in glass #9News https://t.co/54YzPK2i8W

Three officers suffered minor injuries from being struck by bricks and rocks, Boulder police told news outlets. The department brought in its SWAT team to help clear the flood of people along a street in an area known as University Hill.

Images shared by local media showed no social distancing and most without masks despite the coronavirus pandemic. An estimated 800 to 1,000 people were there. A few in the raucous crowd damaged and flipped over a vehicle. Others set off fireworks in the middle of the street. A law enforcement armored vehicle and a fire truck were damaged.

Regarding what happened tonight on University Hill, the Boulder Department is reviewing all body worn camera footage and shared social media videos/photos to identify the individuals involved in damaging property and assaulting first responders 1/3 #Boulder pic.twitter.com/lsRvIovmy3

Police said in a statement, “the Boulder Department is reviewing all body worn camera footage and shared social media videos/photos to identify the individuals involved in damaging property and assaulting first responders.”

The university also addressed the incident in a statement saying it would not tolerate any students “engaging in acts of violence or damaging property.”

“Any student who is found responsible for having engaged in acts of violence toward the law enforcement or other first responders will be removed from CU Boulder and not readmitted,” the statement said.

Police said in a tweet after shortly after 9 p.m. that the scene had been cleared. No arrests were immediately announced.

We want the community to know that we have the scene dispersed now. There is no need to board up any businesses #Boulder