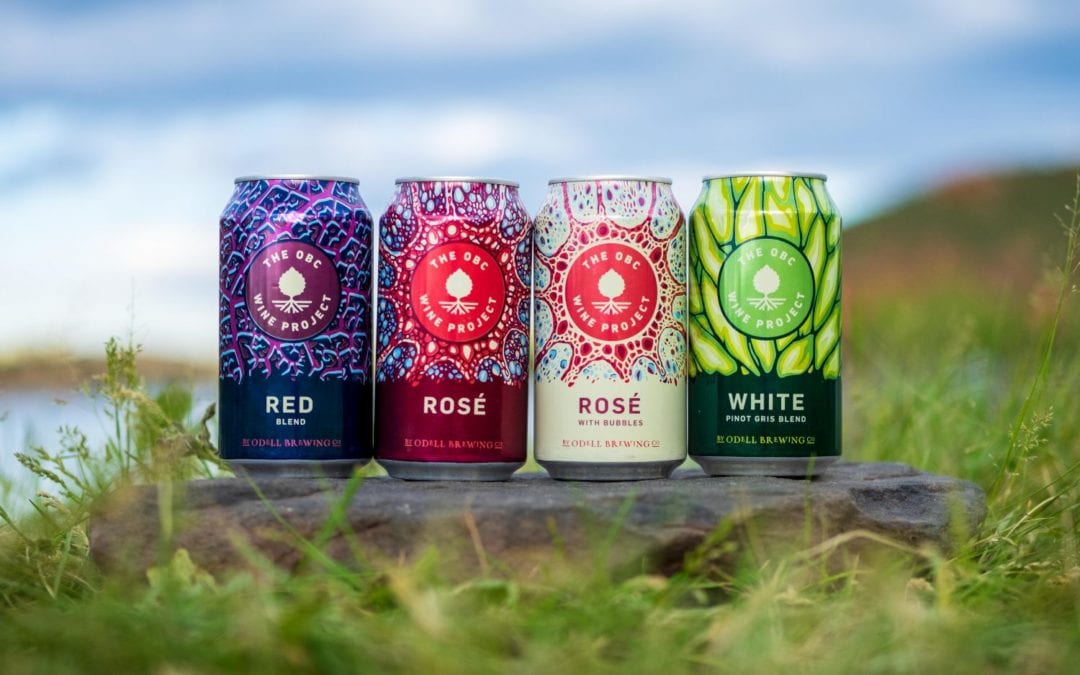 Double IPA or fruited sour? Amber or wheat? Red or white? Deciding what to drink from Odell Brewing just got harder.

In the midst of the coronavirus pandemic, Odell is launching a Colorado winery called the OBC Wine Project. Already, you can find four types of Odell’s canned wine — a red blend, a rosé, a bubbly rosé and a white pinot gris blend — on the shelves of Colorado stores. And starting next spring, you’ll be able to visit a brand new winery tasting room next door to the flagship brewery in Fort Collins.

While other breweries have turned to hard seltzer to diversify their offerings in an increasingly competitive craft beer landscape, Odell decided to chart its own course and make wine.

Odell is likely the first large brewery in Colorado to make a commercial foray into wine. Across the country, a handful of other craft breweries are doing the same, though this trend is still very much in its infancy.

The winery was born, in part, from Odell’s idea incubator, an initiative that encourages any staffer of the employee-owned brewery to propose new projects or paths for the business.

“It had a little groundswell where it took off,” said Eric Smith, Odell’s CEO. “We had a lot of people who were passionate about wine in addition to beer, people who had worked in the wine industry before. People don’t always drink beer — we drink liquor, we drink wine, we dabble in a lot of that. But there’s always been that opportunity to explore new ideas in fermentation.”

On top of that, many of Odell’s favorite hop growers in the Pacific Northwest also grow grapes in neighboring fields.

“As we started talking about (wine) internally, the team that went out for hop selection, they kinda dove into grapes with some of our hop growers,” Smith said. “When they brought that back to the brewery, it really spurred us to realize this is something we could do in reality.”

The winery is located on a brewery-adjacent Fort Collins property that Odell purchased in 2014. Though winemaking and canning started there in late May, construction on a winery tasting room has been delayed by the coronavirus pandemic. (The brewery’s new Sloan’s Lake pilot location is also being delayed until 2021.)

If all goes according to plan, the tasting room will open to the public in April 2021. Odell also plans to create an outdoor common consumption area between the brewery and the winery where visitors can enjoy wine, beer or both. And Odell’s leaders are anticipating a lot of overlap.

“The people who enjoy our beer are always looking for what’s new and what’s next,” Smith said. “We can reach our existing customers and fans more quickly than trying to go after diehard wine-drinkers first.”

Even people who don’t necessarily consider themselves wine-drinkers might be intrigued by Odell’s wines, which are packaged primarily in cans. Though canned wine has been around since the early 2000s, it’s still a novel concept to many people, Smith said.

This way, the brewery can tap into its existing supply of aluminum cans (made locally by Ball) and use its existing canning lines for the wine project. On top of that, cans made sense because they’re infinitely recyclable and they’re lighter than bottles, which translates to a smaller carbon footprint for shipping. They help preserve the wine’s intended flavor, since they’re closed off to oxygen.

“It takes a lot of the pretension out of wine,” says Travis Green, Odell’s 35-year-old winemaker. “These wines are unique, complex and delicious wines that can be enjoyed without a corkscrew. It’s something people can enjoy casually.”

Yes, Green is a winemaker who works at a brewery. And, in case you’re wondering, yes, he does like craft beer.

“Oh, God, yeah,” he said. “It’s a silly cliché in winemaking: It takes a lot of beer to make a little wine. We definitely stand by that as well.”

Green began teaching himself how to make wine in 2009, when his parents planted grape vines and opened Hightower Creek Vineyards near their home in the Blue Ridge Mountains of northern Georgia.

As his skills deepened, he began consulting at other Georgia wineries and later became the winemaker for City Winery, an urban winery in Atlanta. Then, Odell came knocking. Green says he was impressed by how seriously the brewery had pursued its new wine project.

“My initial thought was, ‘OK, here’s this brewery. Obviously, they’re interested in diversifying, but how serious can a brewery really be about a winery?’ ” he said. “But once I actually started talking to them, there weren’t any half measures at that point. I didn’t feel like the OBC Wine Project was Odell Brewing kinda sticking their toe into winemaking. It really felt like they were ready to go all in, and that’s been borne out since joining here.”

Though the coronavirus has disrupted parts of the winery’s timeline, Green says he’s excited to start experimenting with wines beyond Odell’s four core styles. Odell plans to release some limited-edition bottles of wine made with grapes from a single vineyard or with just one varietal. And once the tasting room is up and running, its eight taplines will be dedicated to smaller-batch pilot wines, including wines made exclusively with Colorado grapes.

“There’s some really cool things happening on the Western Slope, and we definitely want to be a part of that,” he said. “Colorado has a really exciting viticulture industry here.”