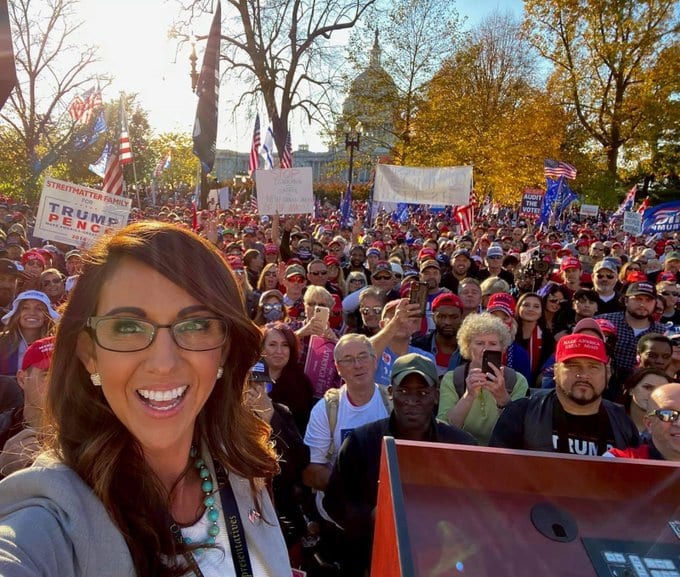 A political action committee for Republican women no one’s heard of made a huge announcement today without a hint of irony that they will not endorse U.S. Reps. Lauren Boebert or Marjorie Taylor Greene because they’re show-offs.

Electing Women PAC wasn’t even much of a funder until the last election cycle, when the Washington, D.C- based group donated a total of $534,000 to Republican women candidates, according to Open Secrets.

Electing Women PAC’s campaign donations from 1998 through the 2020 election cycle, according to Open Secrets.

The PAC didn’t donate to Boebert or Greene in the 2020 election, but the PAC is a regular donor to Lynn Cheney.

We sampled a few donors after spotting Melinda Gates at the top of the list with a $5,000 donation, and it appears this so-called Republican PAC for women is funded by several leftists causes.

There’s the Republican Women for Progress who donated $1,500 last cycle. They’re a super PAC created in 2016 by former Republican political activists to support Democratic candidates for federal public office, according to Influence Watch.

In condemning Boebert and Greene, PAC director Julie Conway postured to that being in Congress is not a joke or like staring in a reality show.

“Our women have fought too hard for too long to be respected and taken seriously as legislators, policy makers and thought leaders. We cannot let this work be erased by individuals who chose to be shameless self promoters and carnival barkers.”

“I think that they would rather draw attention to themselves, and really Marjorie Taylor Greene more than Boebert, but they’re cut from the same cloth,” Conway said, according to Insider.

“There is too much at stake and too many true public servants to allow the noise of the few to overshadow the work of the many.”

Do you hear that women? You should be seen and not heard.

Boebert announced last week she raised $1.5 million in the last quarter, which is nearly triple what the PAC raised throughout the entire 2020 cycle.

It’s likely Boebert could give a fig what Conway thinks.