NYC Bound: Inside the Army’s Emergency Deployment of Doctors to Manhattan 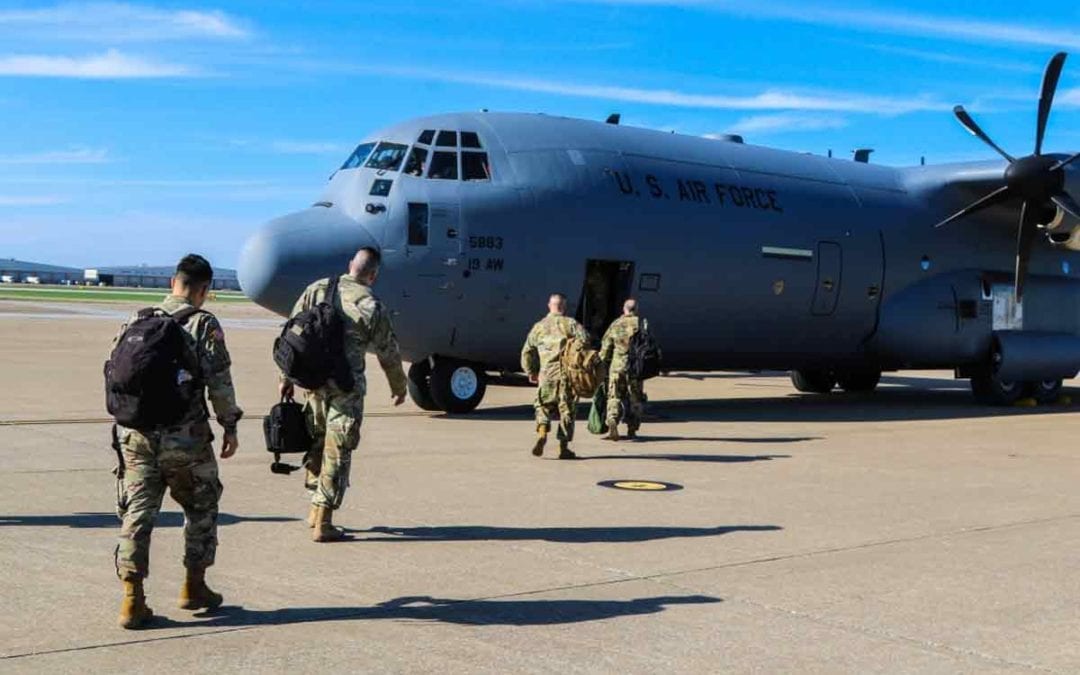 The alert order came on March 24. By the next morning, Fort Campbell, Kentucky, soldiers were boarding a C-130 Hercules aircraft like deploying combat troops.

The Army’s 531st Hospital Center was headed to New York, where health professionals are struggling to contain the highest number of novel coronavirus cases and deaths in America.

The unit’s 300 doctors, including anesthesiologists and other medical specialists, had been preparing for weeks for this mission, and it showed, Maj. Gen. Brian Winski, commander of the 101st Airborne Division and Fort Campbell, told Military.com.

“That was a really impressive timeline, so we were alerted to get them going [that] Tuesday; we had their first advanced elements in a C-130 the next morning and on the ground in New York Wednesday afternoon,” Winski said. “And the remaining 275 deployed … less than 48 hours from when we knew they were needed.”

The deployment of the 531st was part of the active-duty Army’s first wave of response to the COVID-19 pandemic, which has so far resulted in about 5,100 deaths in the U.S. — more than 2,200 of those in New York, according to published figures.

“This is the [active] Army’s part in the nation’s effort in this COVID-19 crisis,” Winski said. “It’s just a visible signal that the U.S. military, and the U.S. Army specifically, is there to relieve pressure on the New York medical system.”

The Navy has deployed the hospital ship Comfort to New York and its sister vessel Mercy to Los Angeles to aid in the COVID-19 response.

More than 17,000 Air and Army National Guard troops have been mobilized to assist in the crisis, according to a recent National Guard Bureau news release.

The 531st is part of the 44th Medical brigade at Fort Bragg, North Carolina, but is permanently based at Campbell. The unit recently conducted a training exercise that honed its ability to deploy on short notice, Winski said.

“We were able to do an emergency deployment readiness exercise about two months ago, where we deployed them on pretty short notice to the Sierra Army Depot in Northern California, and that exercise really paid off with this deployment … in terms of our ability to get them out the door quick for this one,” he said.

The 531st set up operations, along with other units, in the Javits Center, a cavernous convention center in Hell’s Kitchen, Manhattan, to create a 1,000-bed hospital, Winski said.

The 531st deployed with all of its tents and other expeditionary equipment, so the unit is prepared to deploy to other COVID-19 hot spots if required, Winski said.

Winski’s voice swelled with pride as he described the moments he spent with the medical unit before they left for New York.

“Their crest says ‘To Preserve Life,’ and we talked about that a little as we sent them off, because that is exactly what they are going to New York to do — preserve life for our fellow New York citizens,” he said.

— Matthew Cox can be reached at matthew.cox@military.com.