Northwest Colorado gets a gigabit broadband boost from U.S. Department of Agriculture 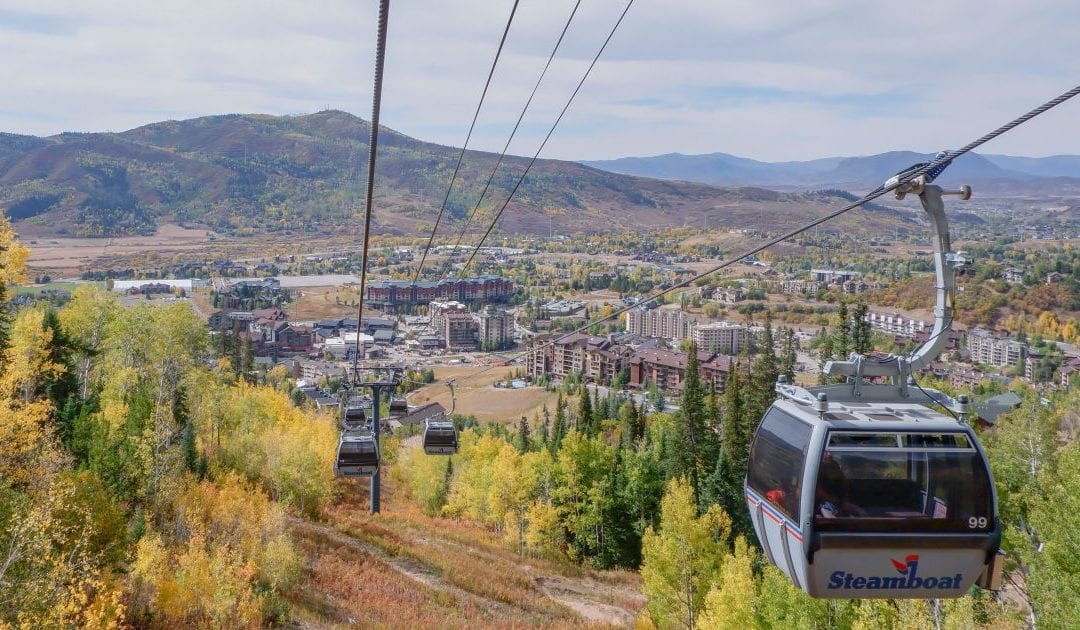 The rural electric co-op, which currently offers its Luminate Fiber broadband service in Craig and Hayden, received a $6 million grant from the U.S. Department of Agriculture program. It will use the money, along with $2 million of its own, to build 209-miles of “middle-mile” internet service to eventually reach 264 homes, 27 farms, 27 businesses and three U.S. Post Offices in Moffat, Eagle and Grand counties.

“This partnership allows us to construct the necessary infrastructure that we need to deliver this high-speed broadband service to some of the most rural unserved and underserved areas of northwest Colorado,” said Steve Johnson, the co-op’s CEO and general manager.

For the ReConnect grant, YVEA will build the “middle mile” internet lines that connect the massive internet backbone to the individual service lines built to customer homes and businesses,  This includes 95 miles  to connect Steamboat Springs and the communities of Toponas, McCoy, Bond and State Bridge. Another 60 miles of fiber will extend from Craig to Hamilton, and then another 54 miles west to Maybell. Construction is expected to begin in 2021.

While YVEA  is the first Colorado company to get the ReConnect grant, it’s the second company to get one that serves Coloradans. Emery Telcom, based in Utah, received two grants to extend its fiber broadband service into Dolores, San Miguel and Montezuma counties. Those projects will connect the region’s broadband services and enable Emery to reach nearly 1,200 homes in the southwest part of the state.

A third company, Delta-Montrose Electric Association, is still waiting to hear whether its second attempt at a Reconnect grant will be approved. The company has asked for $12.8 million to provide fiber broadband to 2,448 households in rural farming communities in Delta and Montrose counties.

The ReConnect grants were made possible through the 2018 Farm Bill. They provide $1.2 billion in grants and loans to increase internet speeds in rural America and for farmers. Both of Colorado’s U.S. Senators, Michael Bennet and Cory Gardner, were present Thursday at the USDA announcement.

“Everywhere I go in Colorado broadband comes up over and over again,” Bennet said. “It comes up everywhere, all the time, from people who either don’t have broadband access at all or people who have broadband but it’s either too expensive or too slow to be of any use to their families. It’s why I pushed to increase funding for the ReConnect program on the Senate Ag committee, which we achieved at the 2018 Farm Bill and why I jumped, as Cory did, to support YVEA’s application for funding.”

Gardner recalled heading to a Viaero Wireless store in his hometown of Yuma when the pandemic hit to buy a hotspot device for his children to do remote learning. He said it seemed like the whole town was in the store hunting for better internet.

“We know what high-speed broadband means for all of our economy, but especially for rural areas,” Gardner said. “Because I don’t know if you agree with me or not, but those of you who live in rural Colorado, I can find five bars in my hometown but I cannot find five bars on my cell phone.”

Teresa Ferguson who joined the Colorado Broadband Office last year as its director of federal broadband engagement, is focused on encouraging more companies to apply for federal broadband grants. She remembers talking to Johnson and Megan Moore-Kemp, YVEA’s Energy Solutions Manager, last Halloween about ReConnect. YVEA was one of only two Colorado companies to apply in round two. But several regularly apply for smaller state grants.

“We always know we get two to three times the amount of applicants (for state grants) that can’t get funded,” Ferguson said. “Those are my targets because they’ve got shovel-ready projects. They’ve already proposed them to our state broadband fund. So I think it makes an immense amount of sense to focus on those companies. And very few of them, only DMEA, only Yampa Valley, only San Luis Valley, applied for federal funding.”

Ferguson hopes to encourage more Colorado internet companies to apply in ReConnect’s round three, which could begin in January. She said many shy away from federal grants because they think the process is difficult to navigate and full of bureaucracy. And she’s not saying they aren’t, because the government must be cautious to prevent waste and abuse.

“But I really believe it’s a misconception and that’s what we’re trying to dispel in our outreach to these ISPs because we know this funding could be critical to our communities,” she said. “Think of the ReConnect program, it’s really focused on areas that had less than 10/1. That’s basically a broadband desert.”

Ferguson is talking about internet speeds. In 2015, the Federal Communications Commission updated its benchmark to 25 megabits down and 3 Mbps up. The ReConnect grants looked for communities with speeds of no more than 10 Mbps down and 1 Mbps up.

Yampa Valley Electric’s service would be fiber-based internet, which can offer gigabit speeds that are 40-times faster than the FCC benchmark. Faster internet helps more people and devices in the same home get decent speeds simultaneously for remote learning, Zoom meetings and video streaming.

Moore-Kemp, with YVEA, said that the co-op is building service in rural north Routt County and currently has service available to “roughly 20% of our total electric customers, or 4,000 homes and businesses,” she said.

With the ReConnect funds, YVEA intends to build that middle mile to connect the spread out regions, but also offer broadband service to customers along the route.

“We will invest additional money to add capacity to these three sections of middle-mile line with the intention of connecting all communities in our territory,” she said.