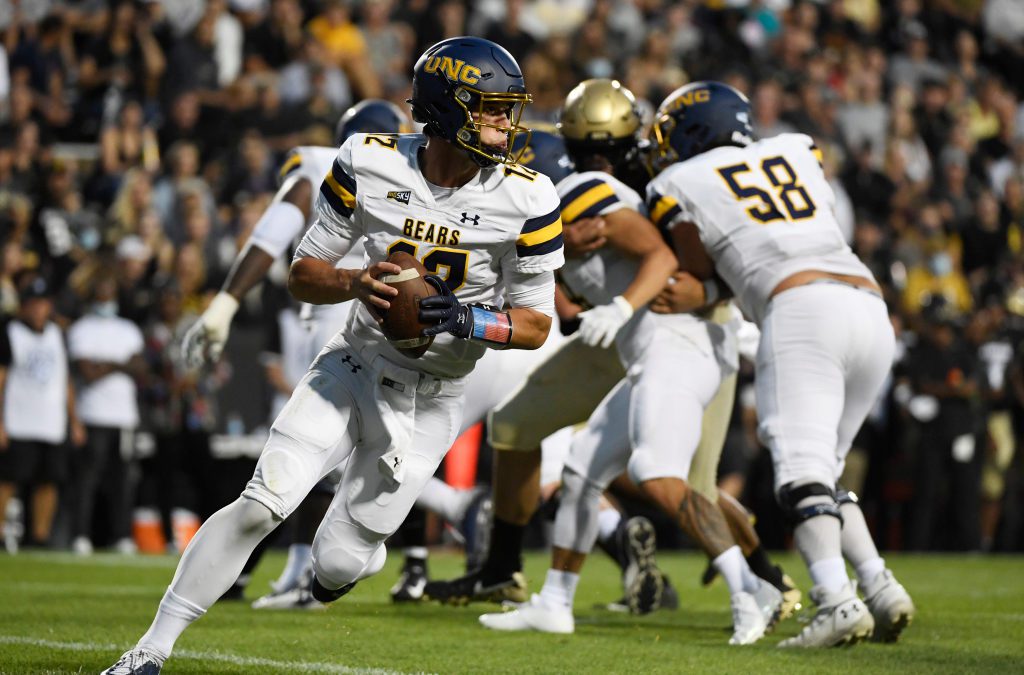 BOULDER – Northern Colorado’s Ed McCaffrey stood at the door of his team’s locker room and tapped the bottom of his chin for every player who needed it.

Defeated locker room or not, there would be no hanging heads at Folsom Field late Friday night. Even though Colorado wrested control in the second half, ultimately winning in convincing 35-7 fashion, McCaffrey was bullish on what he saw from his team.

“No one was giving us a chance,” the former Broncos great said. “They thought we’d lose by 60. We really thought we could win this game. That’s what is so frustrating.”

McCaffrey, making his Bears coaching debut, couldn’t conceal his pride after his team showed up and competed in their first game since November 2019.

“I’m so incredibly proud of the young men in our football program,” he said. “We haven’t played football in two years and we stood toe-to-toe with one of the best teams in the Pac-12. Had a shutout for a quarter.”

It was true. Neither team gained a foothold after a sloppy opening quarter, and the Bears’ confidence was brewing at 0-0 to open the second. Much of their confidence emanated from the head coach’s son, quarterback Dylan McCaffrey, a highly-rated prospect who landed in Greeley after transferring from Michigan.

McCaffrey, who hadn’t played in two years either, showed why talent evaluators were so high on him coming out of Valor Christian. He finished the night 24 of 42 for 236 yards, with one touchdown and one interception.

“I guess the biggest thing you could say was rusty,” he said when asked to evaluate his night. “It’s tough. I just gotta put us in much better situations. I thought my throws were all over the place. Felt like we had some good concepts dialed up that I kinda botched with my eyes.”

McCaffrey credited his offensive line for their protection. When he missed open receivers, he said it was on him.

“It’s really just about being better on my own,” the younger McCaffrey said.

On the Bears’ lone scoring play, he didn’t miss. McCaffrey rolled right from the Buffs’ 34-yard line and threaded a tight seam to wideout Kassidy Woods to end the third quarter. The 6-foot-4 receiver shrugged off two would-be tacklers and barreled into the end zone.

“I live by a saying: ‘The first points are the hardest to get,’” McCaffrey said of his dart.

With 8:05 left in the fourth quarter and the Bears trailing 28-7, the younger McCaffrey walked down his bench and high-fived every player needing some love. He reiterated the same support for his teammates after the game.

“He’s a leader and he’s a hell of a quarterback,” his dad said.

Almost word-for-word, both father and son took some semblance of responsibility for the loss. Both said they needed to put their team in a better position to win, with dad conceding some flubbed red zone opportunities and son owning his errant first-half interception in the end zone.

“He came alive in the second half and was moving the ball extremely well,” the elder McCaffrey said. “… Tough as nails. He took some hits, too. Unfortunately it’s a curse with the McCaffrey family.”