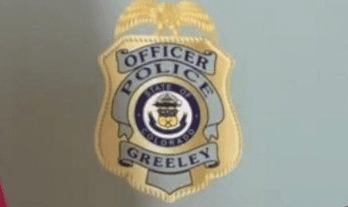 A Greeley police officer was charged Monday with felony second-degree assault for putting a man in a chokehold during an arrest, the Weld County District Attorney’s Office announced.

Officer Kenneth Amick, 48, will face the charge in Weld District Court on Aug. 23. Amick, who has worked for the Greeley Police Department since 2006, has been placed on unpaid leave during the investigation.

This charge stems from a criminal investigation that concluded Amick used excessive force during an arrest on June 7, according to a release from the Greeley Police Department.

Police said Amick responded to a panic alarm at the City Center North in Greeley after a man threatened to burn the building down. The man, 36-year-old Matthew Wilson, also had a warrant out for his arrest.

Amick put Wilson in handcuffs and began to walk him out of the building when Wilson said his wrists hurt. At this point, Amick suddenly threw Wilson into a chokehold, police said.

The use of chokeholds by police was banned in Colorado last year as part of a sweeping police reform bill passed following weeks of protests throughout Colorado over the murder of George Floyd by police.

After putting him in the chokehold for several seconds, Amick placed Wilson on the ground when he began to show “ill effects” from the hold, police said. Other officers helped Wilson get back up.

“Amick, with intent to cause bodily injury to another person, unlawfully and feloniously applied sufficient pressure to impede or restrict the breathing or circulation of the blood of Matthew Wilson,” said District Attorney Michael Rourke in a release. “All offenses against the peace and dignity of the people of the State of Colorado.”

When he was eventually taken outside, Wilson, who was still handcuffed, grabbed Amick’s hand. In response, Amick delivered knee strikes to Wilson’s leg and put him on the ground, police said. Other officers helped Wilson up again and put him in a patrol car.

Wilson and two of the other officers on the scene reported Amick for using excessive force. After a criminal investigation, the second-degree assault charge was recommended by investigators.

Amick was summoned for the court appearance instead of being arrested, the latter of which is typical for a felony assault charge. Because of this, there is no arrest affidavit or mug shot available for Amick, the district attorney’s office said.

If Amick fails to appear in court, a warrant will be issued for his arrest, the district attorney’s office said.

The court appearance is scheduled for Aug. 23 at 9 a.m. in Courtroom 17 of the Weld County Courthouse located at 915 10th St.