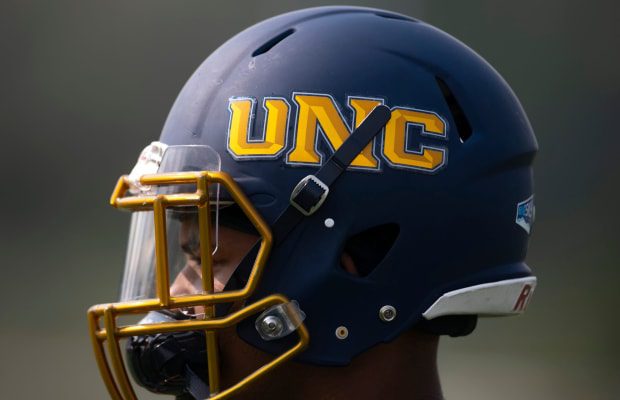 A Northern Colorado assistant football coach injured a spectator with a clipboard he launched into the crowd and one fan alleges it’s because he yelled that the coach’s pants were too “small.”

During Saturday’s 40–7 loss to Montana State, MSU fans claimed that Northern Colorado offensive coordinator Max McCaffrey broke his clipboard and threw it into the stands after reportedly being heckled following an interception.

“I said, ‘Hey, coach, maybe you should focus on how small your pants are, rather than breaking a clipboard,” Max Demarais, a Montana high school student told the Greeley Tribune.

After the incident, KGVM Sports’ Ian Laird said that McCaffrey yelled back into the crowd saying that he wasn’t aiming for the fan who was struck in the face by the clipboard. The fan, a Montana State fan in his 60s, received brief medical attention and reportedly gave a statement to the police.

Northern Colorado, however, has a different side to the story. Northern Colorado said in a statement that its investigation determined that McCaffrey was simply “tossing a piece of a broken clipboard to a fan who requested the souvenir” and has since been “reprimanded.”

“While coach Max McCaffrey’s tossing of a souvenir into the stands showed poor judgment, it was clear there was no intent to harm nor was the action fueled by anger,” athletic director Darren Dunn said.

“Max is embarrassed by the incident and is working privately to apologize to the fan hit by the errant toss. After visiting with Max and the entire football staff, I am confident we will have no further engagement with fans of our opponents.”

While the police report has yet to be released, the Greeley Tribune reported that it “has contacted UNC to determine if the statement regarding McCaffrey’s pants was brought up during the investigation.”

Whether as a souvenir to a fan or a response to heckling, it’s clear that McCaffrey was just flying by the seat of his pants.