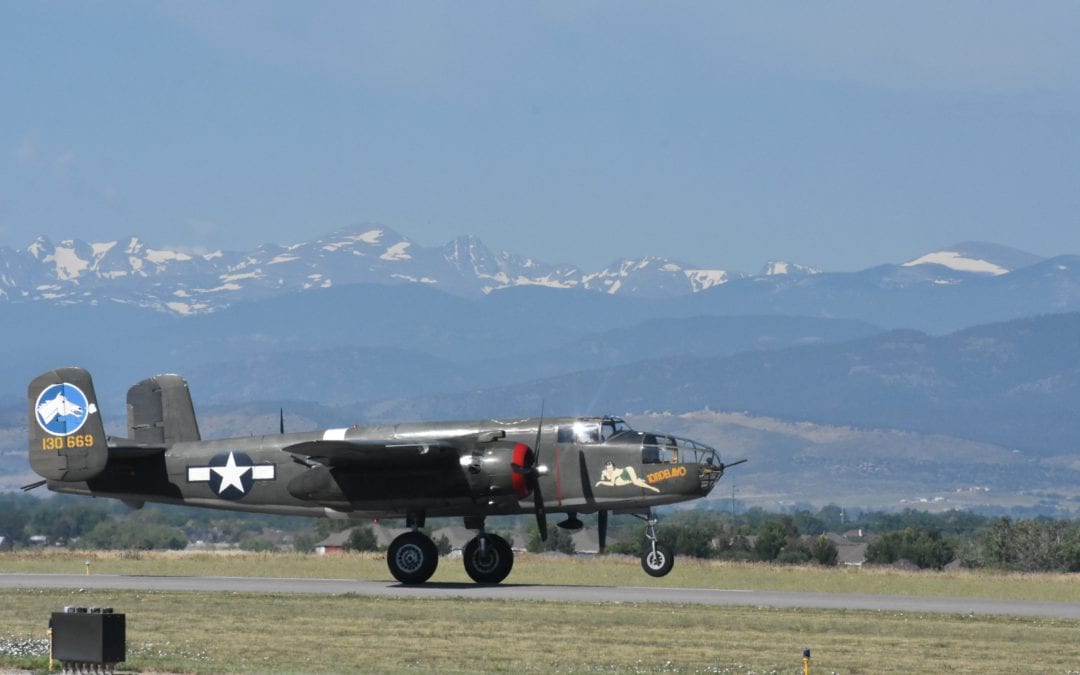 The $16.9 million grant is six times larger than the airport’s $2.7 million annual budget and could speed up construction projects — including a new terminal — that make the airport more functional and attractive for regularly scheduled commercial air service.

The airport, owned and managed by the cities of Loveland and Fort Collins, has “a lot of unmet needs” and $22 million in capital projects it hoped to get done in the next five years, said airport General Manager Jason Licon.

Its terminal, for example, has been operating from a temporary facility for 17 years and its 100-foot wide runway needs to be expanded to 150 feet to accommodate new aircraft, he said.

It will be up to the airport commission to prioritize the projects, but it will have a pile of new money to figure it out.

Because of how the Federal Aviation Administration funds projects, it might be worth shifting priorities to maximize funding, Licon said.

Runway expansion, set for 2024 at a cost of $14 million, is eligible for 90% to 100% federal funding. A new terminal, however, can only receive between 65% and 70% funding, because some areas are typically used by commercial ventures such as car rental companies.

It might make sense for the airport commission to use the grant funding for a terminal and seek FAA funding for the runway, Licon said. “But, we’re only 24 hours in to having the knowledge” of the additional $17 million funding.

The airport commission, made up of officials from both cities, “has an interest in using the funding to help our local economy the best it can through usage that would not only enhance the recovery for Northern Colorado, but provide the ability for all of our residents and citizens to use it at a higher level,” Licon said.

Using the money to make the airport more of an economic driver could include establishing a customs office at the airport to make it easier and more attractive for international companies who might be interested in relocating, the commission has said in the past. How to pay for an office and salary for a customs officer has been under discussion for a couple months.

Now it may have the capital to pursue the vision.

Fort Collins Mayor Wade Troxell said the money was a “pleasant surprise given the ambitions we have for the airport and the potential impact on Northern Colorado.”

The commission needs to look at its capital projects with “fresh eyes and think about how we can best utilize this funding for the future of the airport.”

A customs office and new terminal could be a “game-changer,” Troxell said. He said the airport has been an underachieving economic asset in the region. “Given the international kinds of companies we have here now and what they have to do to go through other airports to clear customs … bringing (a customs office here) could be a discriminator for Northern Colorado Regional Airport and how it presents itself.”

With flight schools and many businesses shut down, air traffic has dropped nearly 75% since the pandemic began, Licon said.  “We do a lot with very little,” he said. “We are fortunate we haven’t had to resort to layoffs or furloughs at this point.”

Historically, the airport sees more than 200 takeoffs and landings a day. Traffic is down to about 65, he said.

The airport commission will hold its monthly meeting via Zoom on Thursday at 3:30 p.m.

Licon said it will take some time for the airport commission to “prioritize the funding and figure out the best use of the money to really factor in that economic impact the airport provides for the community.”

The airport commission will hold its monthly meeting remotely on Thursday at 3:30 p.m. To listen to the meeting dial (970) 962-2003 and enter the collaboration code 2851#

Pat Ferrier is a senior reporter covering business, health care and growth issues in Northern Colorado. Contact her at patferrier@coloradoan.com. Please support her work and that of other Coloradoan journalists by purchasing a subscription today.