No ‘significant impact on health’ in Colorado from COVID-19 vaccines yet, but more vaccinations coming: Polis 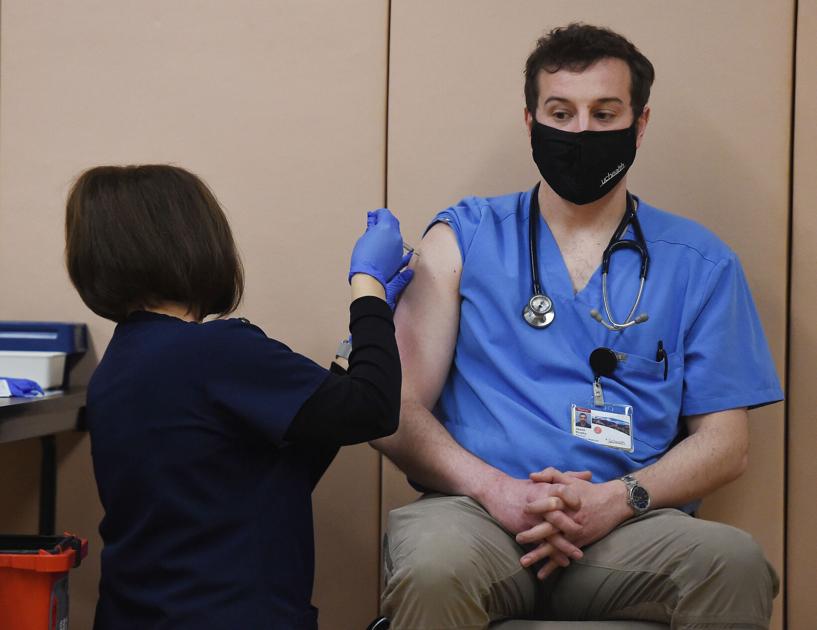 Coronavirus vaccinations have not yet had a significant impact on health in Colorado, Gov. Jared Polis said Wednesday.

To date, Colorado has received about 243,000 vaccines, he said. New data added to the state’s vaccination dashboard Tuesday afternoon show roughly 120,500 Coloradans — or 2% of the population — have received the first dose of the vaccine, which requires two shots, according to the Centers for Disease Control and Prevention.

Because they have not yet received their second shot — which provides the most protection from the potentially deadly virus, according to the CDC, and is administered 21 to 28 days after the first dosage — they are not yet immune to the virus, Polis said. It takes about a month and a half from the time of the first vaccine dosage for a person to build immunity, he said.

Colorado is finishing up Phase A1 of its vaccine distribution plan, which includes inoculation of highest-risk health care workers who have direct contact with COVID-19 patients for 15 minutes or more over a 24-hour period, and long-term care facility staff and residents.

There are 187,000 Coloradans eligible to receive the vaccine under Phase 1A, which Polis said he anticipates will be completed by Jan. 15.

After that, the state will pivot much of its focus on vaccinating its 562,000 Coloradans age 70 and older, not including the 14,000 in skilled nursing centers, Polis said. The state aims to vaccinate at least 70% of that population by the end of February, as Coloradans age 70 and older make up 78% of the state’s COVID-19 deaths and more than one-third of hospitalizations to date, he said.

“We have the opportunity to make a major impact in the death rate and the hospitalization rate of the virus by completing the program to vaccinate everybody age 70 and up,” he said.

Also included in Phase 1B are about 125,000 moderate-risk health care workers and emergency medical responders. Once these groups have been vaccinated, about 628,000 “frontline essential workers” like teachers will be able to receive the vaccine, likely in early March.

Vaccine distribution is on a county-by-county basis, depending on how quickly counties finish Phase 1A, Polis said.

El Paso County is currently focused on Phase 1A of vaccine distribution, according to a Tuesday post on the El Paso County Public Health Department’s Facebook page, but El Paso County has been able to begin some limited Phase 1B vaccinations, county spokeswoman Natalie Sosa said.

As of Wednesday afternoon, El Paso County had administered about 12,200 doses, Sosa said.

“While Phase 1B has expanded more broadly in terms of eligibility, it will take some time for the supply to catch up with the demand,” she said.

The county will announce more information about how to receive vaccines as it nears more widespread distribution. Until then, public health leaders encourage residents to continue practicing prevention measures like wearing masks, practicing social distancing, and regular handwashing.

More information about the state’s phased vaccine distribution plan can be found at covid19.colorado.gov/vaccine.