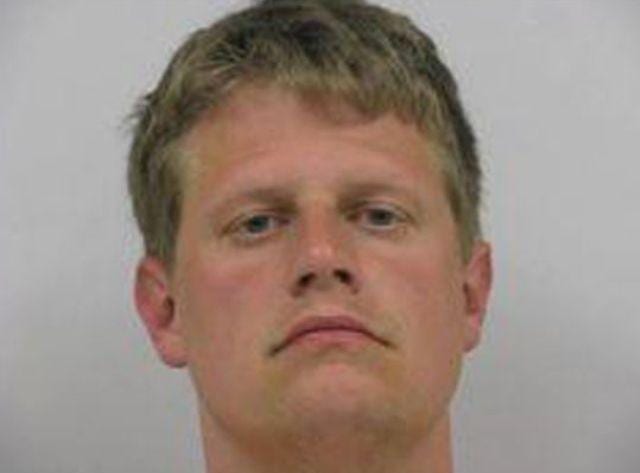 A former Colorado Springs police officer convicted in 2012 of sexually abusing 18 boys at a local middle school will not receive a reduced sentence, a judge ruled Wednesday.

Joshua Carrier, 39, will remain incarcerated with a 70-year-to-life sentence in the attacks on students at Horace Mann Middle School, where Carrier was a volunteer wrestling coach and former school resource officer, according to a five-page ruling by 4th Judicial District Judge David A. Gilbert.

“The court has seriously considered the option of some adjustment that would provide Mr. Carrier an earlier opportunity for treatment and parole but does not feel it would adequately recognize the widespread damage caused by (the) defendant’s actions,” Gilbert wrote.

The move was cheered by the mother of one of the boys involved.

“What he did to my son and others, in my opinion, he didn’t deserve a second chance,” she said, adding that Carrier’s petition “brought up a lot of bad feelings that no one wants to talk or think about.”

The ruling comes roughly two weeks after Carrier made a virtual appearance in court seeking a reduced sentence — a one-time request that cannot be repeated. He apologized for the “hurt” he had caused his victims while blaming his actions on a pornography addiction.

A dozen relatives and friends spoke in his favor, saying he had become remorseful while serving his prison sentence. He has tried to better himself and his fellow inmates while behind bars, including by leading prayer groups, working in a prison print shop and organizing a soccer tournament for fellow inmates, they told the court.

One victim and relatives of several others opposed the requests, each describing continuing trauma of the assaults more than a decade after they occurred during the 2010-2011 school year.

“To whom it may concern,” the former victim wrote, “I am mentally screwed in the head because of the pathological liar that Carrier was and always will be.”

Carrier, a seven-year police veteran at the time of his 2011 arrest, was found guilty of subjecting student wrestlers to improper “skin checks” before competition, during which they were groped and in some cases videotaped in Carrier’s school office under the guise he was examining them for infectious diseases. He was acquitted of molesting several other children while evaluating them for injuries or searching them for contraband.

Carrier was also convicted of possessing child pornography, which authorities found on his computers after seizing them as part of the investigation. The Colorado Court of Appeals upheld his conviction on more than 140 criminal counts in June 2018, and the Colorado Supreme Court declined to intervene in September 2019, leaving Carrier with dwindling opportunities to change the result.

Carrier’s arrest embarrassed the Police Department and drew headlines across the state. It led to nearly $11 million in civil payouts to victims by Colorado Springs School District 11 and the city of Colorado Springs.

He is serving his sentence in an out-of-state prison under a Colorado Department of Corrections program for high-profile convicts.