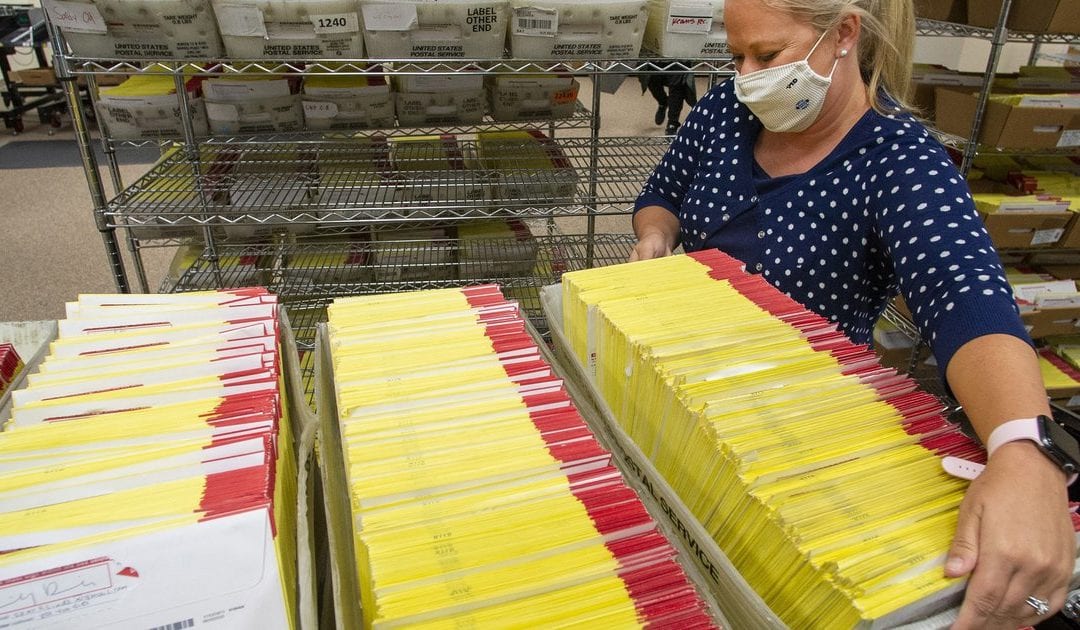 Salt Lake County’s certified elections results are in, and they show a preference for mixed ticket voting.

Voters in Utah’s most populous county soundly rejected President Donald Trump, who received 42% of the vote compared to 53% for President-elect Joe Biden. Statewide, though, Utahns voted for Trump with a 20-percentage point margin over Biden.

Salt Lake County residents also supported Rep. Ben McAdams, a Democrat, by 9 points over Burgess Owens for Congressional District 4. McAdams, however, fell behind Owens by a narrow margin in the district, which also includes part of the far more conservative Utah County, as well as Juab and Sanpete counties.

Republican Laurie Stringham also had a narrow victory over Democratic Council member Shireen Ghorbani, winning the at-large seat by 1,189 votes. Democrat Ann Granato had an uncontested race for her seat in District 4.

“It was a monumental task to conduct this election,” Swensen said.

Her staff and volunteers counted 549,882 ballots — a 90% voter turnout — all while social distancing and maintaining other precautions during the pandemic.

“For those individual who thought we were taking too long, we’ve always had a two-week canvassing period,” Swensen said, adding that early results sometimes change as more ballots are tallied, as was the case in this election.

The statewide canvass will be held Nov. 23, certified by a three-person board made up of the state treasurer, auditor and attorney general.